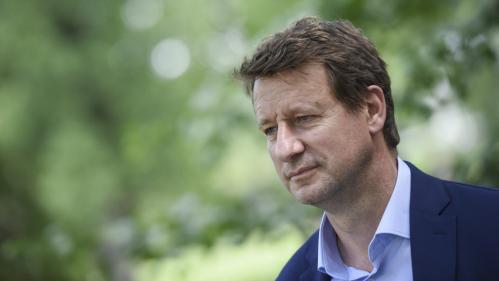 A green at the Elysée? Yannick Jadot, winner of the environmentalist primary, unveiled his program for the 2022 presidential election in the Sunday newspaper (article reserved for subscribers) published on October 3. Here are the main points.

“From my first day, I will initiate the exit of industrial breeding. We must (…) reinstall farmers in the countryside, with decent income. This will allow another objective to be fulfilled: the fight against junk food, therefore against chronic diseases and obesity, “explains the environmental candidate at the JDD.

He “will then” eradicate “the lobbies which plague the French economy and vampirize subsidies and public policies so that the climate, health, environment and social justice finally prevail”. “Each euro of public money will be conditioned on the protection of the environment. Plus one euro for Total as long as Total has not broken with its logic of always looking for more oil and more gas underground ! “, he assures us.

The VAT on “responsible products” will be lowered, the candidate also wishing to obtain a “0% VAT on organic” at European level.

To “repair our society” and “rebuild our economy”, Yannick Jadot plans an investment plan “of 50 billion euros per year over the five-year term, or 2% of GDP”. Among this sum, “twenty-five billion euros will be devoted to reconstruction, including 10 billion to housing and buildings”, and “25 billion will be devoted to quality public services”. This program “will create 1.5 million jobs, revitalize the economy, and trigger a virtuous circle of investment and responsible consumption,” he says.

“We are going to restore a wealth tax and go to the climate wealth tax. The financial heritage that invests in fossil fuels will be taxed more. We must decarbonize finance!”, Also proclaims the environmental candidate.

“By investing in housing, transport, healthy food, against waste, we will give the French the equivalent of a thirteenth month of savings”.

At the institutional level, Yannick Jadot wants to “depresidentialize” with a “non-renewable” seven-year term and a president who will refocus on a few missions: “to be the guarantor of the rule of law, fundamental freedoms and climate protection”.

“The National Assembly, elected on a proportional basis with full parity on arrival – and no longer only in the candidatures – will become the beating heart of democracy. With, instead of the ‘executive couple’, a new couple formed by the President of the Republic and the President of the National Assembly, a joint pair in the balance of powers “.