Covid-19: how to explain the outbreak of the epidemic in Russia, which recorded a new record of daily deaths? 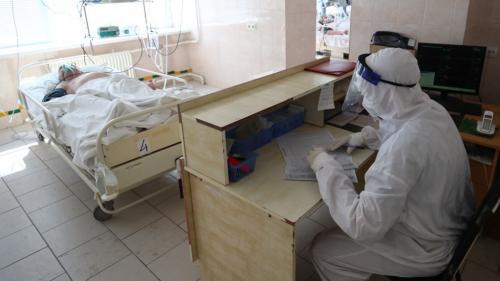 Russia recorded a new record of daily deaths linked to Covid-19, for the fourth consecutive day, according to the report published Friday, October 1 by the health agency Rospotrebnadzor. The country deplored 887 deaths in 24 hours, bringing the total official toll of the epidemic to 208,142 victims, in this country of 144 million inhabitants. This toll is nevertheless surely underestimated because the excess mortality in Russia has been around 596,000 deaths since the start of the epidemic, estimates The Moscow Times (article in English). How to explain this situation ? Franceinfo takes stock.

The Delta variant is the majority in the country

Since the beginning of the summer, Russia has been facing a strong epidemic rebound favored by the circulation of the Delta variant, considered by scientists to be 40 to 60% more contagious than the Alpha variant. Some 24,522 new infections were identified in 24 hours, according to figures released Friday, October 1. This level had not been reached since July 22. According to The world, the prevalence of the Delta variant among these new positive cases is 97%. This third wave affects in particular Moscow (3,993 cases in 24 hours) and Saint Petersburg (2,281 cases).

The situation is all the more worrying as the wearing of the mask in public places, supposed to be compulsory, is little observed and “the instructions of distancing rarely respected”, notes Le Monde. The daily also notes that it is difficult to assess the situation in hospitals, which varies greatly from one region to another, due to a lack of regular statistics and a locked communication from doctors.

The vaccination campaign is lagging behind

More than a year after becoming the first country in the world to authorize a vaccine against Covid-19, Russia now sees the epidemic reinforced by the weak success of its injection campaign. According to Our World in Data, just under 29% of the population was fully vaccinated as of September 30, while there are now four national vaccines.

“We have around 110 to 115 million adults [dans le pays], some 47 million of whom have received at least one dose of the vaccine. It’s less than half of [la population adulte de la Russie], so we have no sign that the contaminations will stop “, warned, in mid-September, Anna Popova, director of the federal health agency Rospotrebnadzor, quoted by CNN (article in English).

As the American channel points out, this low vaccination rate is explained in particular by a strong distrust within the population. A survey by the Institute Morning Consult (article in English), relayed by L’Express, note that 34% of Russians said they were opposed to receiving an injection, Thursday, September 30. This places the country at the top of the ranking of populations most suspicious of the vaccine, far ahead of the United States (18% of people opposed to vaccination) and France (15%).

The authorities are reluctant to take strong health measures

Another factor explaining the increase in Covid-19 cases: the authorities have refused for several months to introduce stricter health measures. Any containment is for the moment ruled out, in order to preserve the Russian economy. The government had for a time imposed vaccination for employees of certain public services and the tertiary sector, but it finally backpedaled in August, points Le Monde.

Two Russian regions announced on Tuesday, September 28, that they would impose a health pass to access restaurants and events bringing together the public, reports The Moscow Times (article in English). But others have given up on equivalent measures in recent months, starting with the capital. At the beginning of July, the Moscow city hall had implemented such a system for a few days, before finally giving it up. The city, the most populous in Russia, is however the main source of Covid-19 infections in the country.