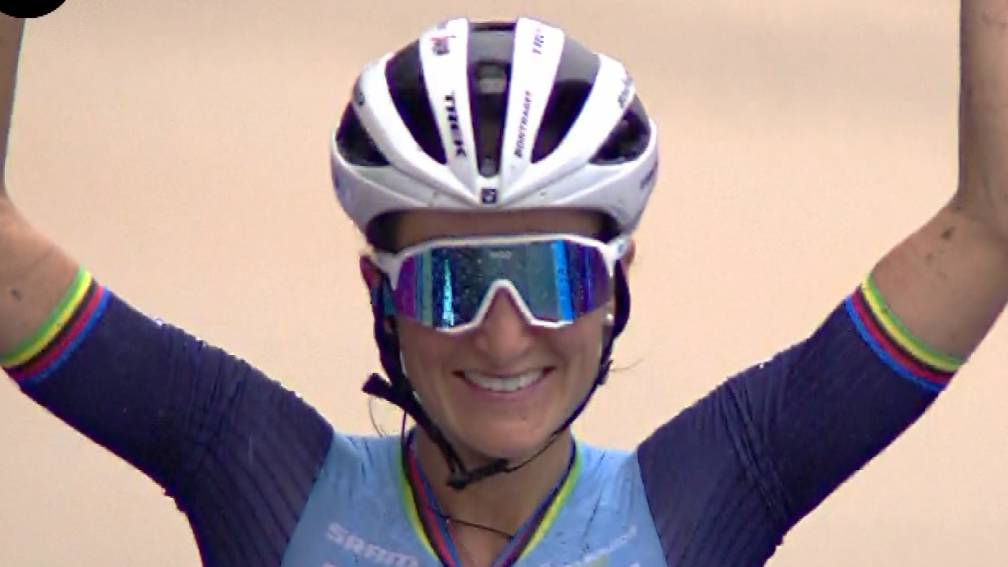 Lizzie Deignan has won the first edition of Paris-Roubaix Femmes. After a tough battle on the muddy cobblestone sections, the British cyclist crossed the finish line first on the famous Vélodrome Roubaix after an impressive solo. Marianne Vos was second at 1 minute and 17 seconds.

After the Tour of Flanders, Amstel Gold Race, Liège-Bastogne-Liège, a women’s edition of Paris-Roubaix was finally on the cycling calendar. A route of 116.4 kilometers, without Bos van Wallers, but with iconic sections such as Mons-en-Pévèle and Carrefour de l’Arbre. And a finish at the Vélodrome Roubaix.

The British winner of, among others, Liège-Bastogne-Liège (2020) quickly built up a lead of about one and a half minutes. Brand new world champion Elisa Balsamo was meanwhile released from the peloton. This did not only apply to the Italian cyclist: with about 55 kilometers to cycle, only 40 cyclists were still in the first chasing group.