Noelia Vera, Secretary of State for Equality, leaves politics: “When the body warns you have to know how to stop” 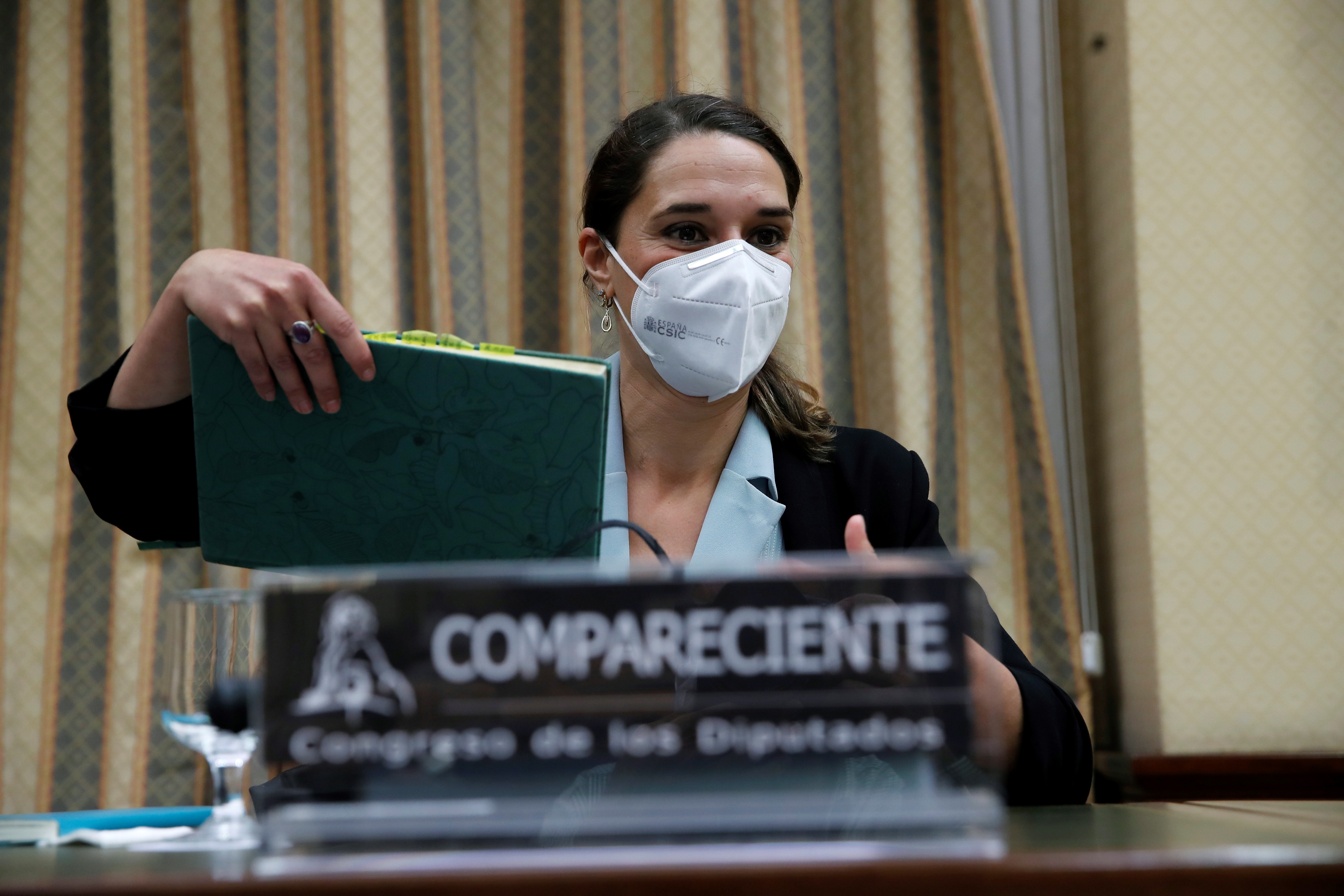 The Secretary of State for Equality, Noelia Vera, from United We Can, announced this Thursday in a Twitter thread that she is abandoning institutional politics. Vera, born in Cádiz 35 years ago, worked since the end of January 2020 as number two of the Ministry of Equality, headed by Irene Montero. He also abandons his act in the Congress of Deputies.

Vera has adduced personal reasons, although without delving into the reasons that led her to make the decision. “When the body warns, you have to know how to stop, take a breath and take other paths,” he wrote. She herself has announced in the same thread that it will be Ángela Rodríguez, known as Pam, Until now, she has been an advisor in the ministry and a former deputy in Congress, who succeeds her as Secretary of State for Equality. Juan Antonio Delgado will be the one who occupies his seat. Vera, who was also a spokesperson for United We Can in Congress, remains a grassroots activist.

I want to tell you that, after giving it a lot of thought and meditating on it in depth, I have made a very difficult decision for me: to leave institutional politics by putting public positions at the service of Podemos and in the direction I occupy. THREAD 👇

In his farewell, the politician and journalist by training points out that, “after giving it many laps and meditating on it in depth,” he has made a “very difficult” decision: to put public positions and the direction he occupies at the service of Podemos. He points out that it is a “personal and complicated” decision. “After seven years in what I consider my home, I do not want to disappoint so many colleagues who gave me the responsibilities that I have honored,” he wrote. He added that in politics the most valuable thing is to be honest and tell the truth, and that “you have to know how to open the door to people with the necessary strength to represent us.” He has wished Rodríguez and Delgado “affection and success”.

The number two Equality has lavished little during this year and a half in front of the Secretary of State in the media. The tough negotiation and public defense of the Law for the real and effective equality of trans people and for the guarantee of LGTBI rights (better known as ley trans), which still has a long process to do, has dealt more directly with the minister and some of the ministry’s advisers. And the law of sexual freedom, which is already in Congress for its next debate with the groups, has had as a visible face the delegate of the Government against Gender Violence, Victoria Rosell, as well as Montero herself.

The politician and journalist from Cádiz, who also leaves the Feminisms Secretariat of United We Can, has a close friendship with Minister Montero and is also very close to Ione Belarra, Minister of Social Rights and Agenda 2030. In her farewell to institutional politics, he has referred to both as “life companions.” Irene Montero has responded on Twitter with this message: “Always by your side. Thanks for putting the body in, and even more thanks for what is to come. Because we, dear Noelia Vera, are no longer going to stop walking together. I love you very much”. Belarra has also had words of affection for her on the same social network: “I would be lying if I said that it does not hurt me enormously to stop working side by side with a person like you, Noelia Vera, all my heart, who has not spared hours to work for our people and that they have never, never, been on the wrong side. I love you friend. From all sides, we continue ”.

In her farewell, Vera thanked her former teammates from the program The tower, to the militants, with “special affection for the women of Cadiz and Andalusians,” to the workers with whom, as he explained, they have “fought every battle seeking social dignity” and to “the comrades and civil servants of the Ministry of Equality and the Institute of women”.

“For my mistakes I apologize, but I am satisfied that I have given my best for a more feminist Spain, with more social justice, more ecological and more firm in the defense of human rights,” he added. And he ended: “I say goodbye with affection to adversaries who have been worthy and valuable, and to my people from United We Can. We continue to build, although in other ways. If possible. Health!”.