The hit of this Champions League start comes straight from Moldova. After two matches, Sheriff Tiraspol wowed the lawns of the Old Continent, for his first appearance at the highest European level. His last victim is called Real Madrid, beaten on Tuesday, September 28 at the Santiago Bernabeu (2-1). From his special history to his great sporting progress, here are four things to know about the Moldovan novice.

Tiraspol, the capital of a pro-Russian separatist enclave in Moldova

Tiraspol is above all a particular geopolitical situation. The city is the capital of Transnistria, a 4000 square meter pro-Russian separatist enclave in Moldova, which seceded after a short war after the fall of the USSR in 1991. The enclave is populated by 250,000 inhabitants, a figure divided by two in thirty years, after an exodus of the working population and of the youth because of too low incomes, 200 to 300 dollars (170 to 260 euros) per month on average, that is to say less than in Moldova, yet the poorest country in Europe. It is kept afloat by 1,500 Russian soldiers, and regular deliveries of gas from the great power. 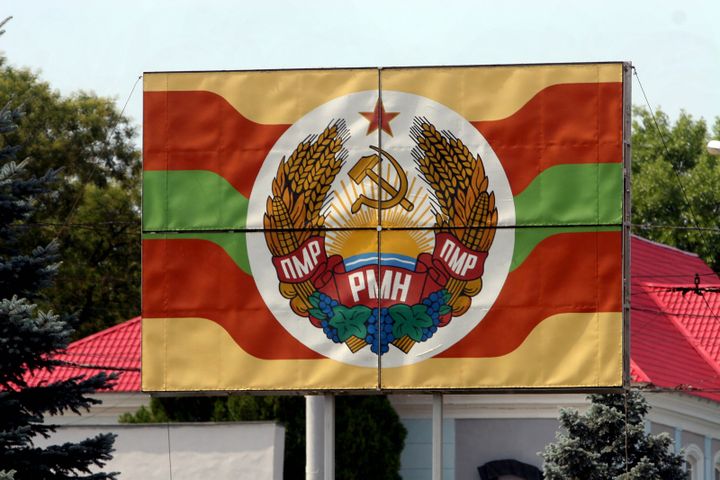 The coat of arms of Transistria at the entrance to Tiraspol, in September 2009. (JEAN MARC RAMEL / MAXPPP)

For Russia, the presence in the enclave allows it to maintain an area of ​​control in Eastern Europe. The small territory has everything of a self-proclaimed republic, endowed with state attributes, a currency (Transnistrian ruble), a police force, and even a flag, adorned with the hammer and the sickle.

The club, owned by a conglomerate that governs the city

In this particular territory, the Sheriff group rules. Founded by Victor Gushan, a former police officer, in 1993, it controls everything, or almost, in a sprawling way: energy, alcohol, steel, supermarkets, gas stations, but also Renouveau, the party in power, and therefore the Sheriff’s club. Tiraspol, established in 1997.

In Tiraspol, the firm’s logo, the five-pointed star of American sheriffs, is visible everywhere, even in the club’s crest. “Victor Gushan is the person who has the most influence here, in the political and economic world,” notes Anatoli Diroun, director of the School of Political Studies in Tiraspol. Recently, Sheriff funded the campaign of the current President of Transnistria, Vadim Krasnosselski.

A cosmopolitan team of globetrotters

If one word was needed to qualify the workforce of Sheriff Tiraspol, we could choose that of multicultural. Fourteen different nationalities make up the list of players registered in the Champions League, a total that rises to 18 in the extended group. Moldovans, not surprisingly, but also Brazilians, Greeks, an Italian defender, another from Trinidad-and-Tobago, an Uzbek striker …

“We come from all countries, that’s our strength”

Among all these heads, one is known among the most assiduous followers of Ligue 2: that of Adama Traoré, who passed through FC Metz and US Orléans between 2018 and 2021. The team also has a French speaker, the Luxembourger. Sébastien Thill, author of the winning goal against Real Madrid on Tuesday night. “We have a lot of foreigners in the team, we come from all countries, and that is our strength,” he said after the meeting. A beautiful fate for the one who still trained fourteen months ago as an amateur at home, at Progrès Niederkorn, in parallel with his job as a municipal gardener.

Sheriff Tiraspol has made a historic start to the season. With two wins in as many Champions League games, this is the best start for a novice for five years and Leicester City in 2016 (two wins, in Bruges and against Porto). But Tiraspol comes from an even more modest league, which has nothing to do with the Premier League, and which makes the feat even more amazing.

And the road to get there has been a long one. Before reaching the group stage, Sheriff Tiraspol went through three qualifying rounds and a jump-off. Sébastien Thill’s teammates first defeated the Albanians of Teuta Durrës and the Armenians of Alashkert, then they struck a first big blow by eliminating the Red Star of Belgrade, accustomed to the meeting. In the play-offs, they got the better of Dinamo Zagreb (3-0 cumulative score over the two matches).

The club is also the reigning Moldovan champion (a 2020-2021 season concluded with 99 points, a single defeat, 116 goals scored for 7 conceded), a trophy that has not escaped it for six years. Currently, he occupies third place (out of eight) in the Divizia Nationala, the first division championship, eight points behind leaders Milsami Orhei, but three games behind.

Pauline Jaricot became the “blessed” in front of 12,000 faithful

Ukraine: Russia says it is ready to resume talks