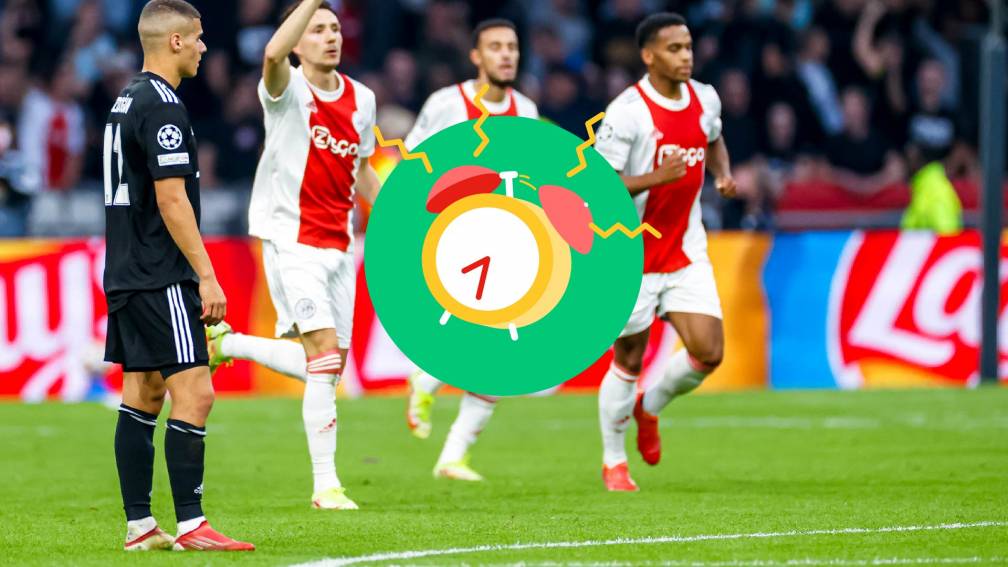 Good morning! Here you can read what news you missed last night and what will happen next.

It is raining in many places, but this afternoon the sun will also make an appearance. Furthermore, the wind will be strong and it will be about 14 degrees. A real autumn day!

This happened while you were sleeping:

– Good evening for fans of Ajax. The football club from Amsterdam won 2-0 against the Turkish club Besiktas. With the win, Ajax is closer to the next round of the Champions League. It is the most important football tournament for European clubs.

– From lava flow from the volcano on the Spanish island of La Palma has reached the Atlantic Ocean. That causes huge clouds of smoke:

– At Schiphol Airport they have 20 new employees since a week. They’re not people, but… pigs. The animals have to keep birds away from the taking off and landing planes. How do the pigs do that? You will see it tonight in the Youth News and of course here online with us!

– ‘Hello, do you want to buy stamps or cards?’ Have you practiced that phrase yet? As of today, about 145 thousand children from groups 7 and 8 are going round the doors for the Children’s stamp campaign. Children of the Amsterdam primary school de Bron were allowed already selling children’s stamps yesterday.

– Researchers have figured out how Twins may arise. The scientists examined 6,000 identical twins. Those are twins that look very similar. They looked at cells in the twins’ bodies and discovered a special substance.

Would you like to have a twin brother or sister? Or are you maybe twins? Respond to our statement:

Thalissa of 13 is super good at Jumping on the trampoline and would love to go to the world championship in the country of Azerbaijan. Unfortunately for Thalissa, she has to pay for that trip herself. That means she not only has to train hard, but she also has to earn money.