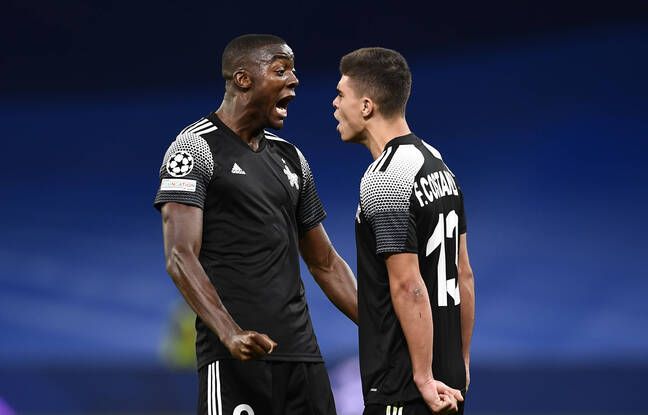 For the Sheriff, frightening is not enough. The surprising Moldovan club achieved the feat of the group stage of the Champions League by winning at the Bernabeu against Real Madrid (2-1) in what indirectly serves as a perfect publicity against the Super League. Florentino Pérez will appreciate.

Sebastien Thill’s half-volley recovery from the left, who came to live in the top corner, will be remembered: with this sublime goal in the 90th minute, the Luxembourgish defeated the most successful club in the competition at home, and has offered a major success to Sheriff Tiraspol for his first participation in the C1.

After a first 2-0 victory against Shakhtar Donetsk, this Ukrainian club which beat Real 3-2 last year in C1, the Sheriff even became the astonishing leader of Group D after two days on Tuesday evening.

Ancelotti will have to bounce back

For Carlo Ancelotti’s men, on the other hand, it was a sudden stop: after an idyllic start to the season, which saw them fly over La Liga and win their first C1 match on the ground of Inter Milan (1 -0), the Merengues derailed at the most unexpected moment. A defeat “difficult to explain” for the Italian technician, who invoked the “lack of luck” and “concentration”.

Victim of his first slump since his return, Ancelotti will have to find solutions to quickly raise the bar in the Champions League. But such a correction will not be erased so quickly from the memory of the people of Madrid.