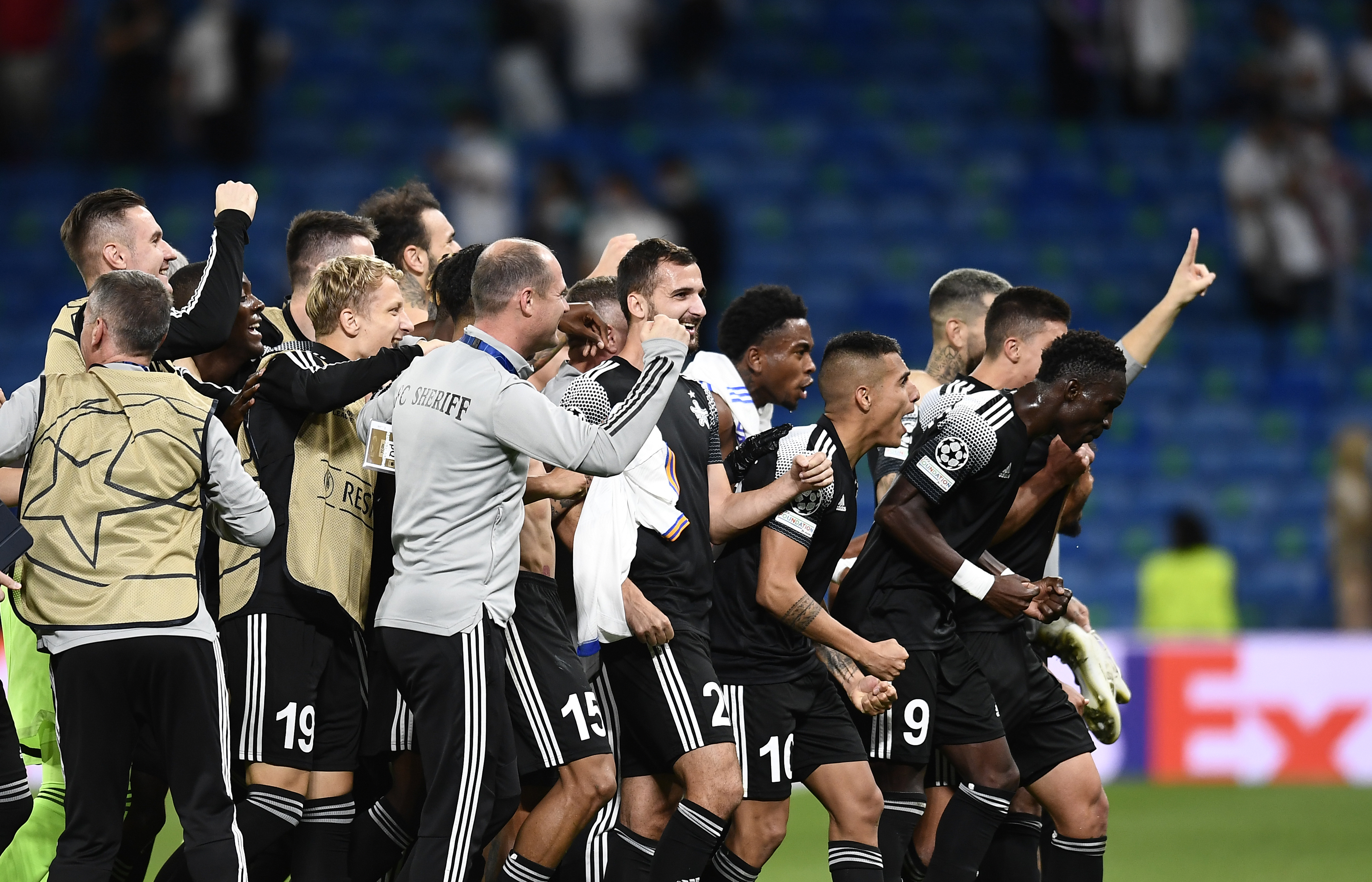 A historical shake upset the football universe. The epicenter, the monumental Bernabéu. How to explain? The most totemic team in the European Cup succumbed to an apprentice rival with a joke name for many. The feat of the Moldovan Sheriff, a beginner on the Champions catwalk, left football turulato. Madrid was late to the game. At a disadvantage he dropped all kinds of cluster bombs on the area of ​​the night’s main hero, goalkeeper Athanasiadis.

It was his night, this Tuesday, like that of many of his bailiffs, resistant with a moving faith. So much so that in the 89th minute, with Madrid invading the visiting ranch, a 27-year-old from Luxembourg, Sébastien Thill gave the finishing touch to Real, to Real itself, with a diabolical shot. Football with its illogical logic. The Transnistrian club is the outstanding leader of a group for which Madrid and Inter, two European champions, two leaders, are campaigning.

So much quarreling with the Sheriff that Real Madrid took half an hour to show that they would not win before playing. Even less if the game was faced in flip flops. Each Madridista went his own way until Yakhshiboev caught a triumphant header without being caged. Nor did anyone enchironó Cristiano, a side with a squad and bevel on the left that Madrid should already be warned about.

Not because of its nostalgic resonance, but because it was this Cristiano who assisted his comrades in the same way in the two goals against Shakhtar on the first matchday. In Chamartín, with the people reunited with the Champions League at the mother house, 0-1. General astonishment. No jokes. The Sheriff, a modest man willing to improvise glory. A team without a single footballer who could boast of having played even a second in the Champions League before this season.

Ancelotti started Camavinga and Valverde with Casemiro and gave free rein to Hazard, freed from the extremes. Tonnage for the axle and top hat for the attack. Neither one nor the other. To start with, a reckless Madrid, without structure. They were all Camavinga, from here to there, not always meaningful. In front, the rookie Moldovan champion, an elementary air team but well packed in the trench, firm legs and waiting for a kite. Without a backbone, before the Uzbek Yakhshiboev’s emboquement, Real barely managed to disturb the Sheriff’s boys with a free-kick launched by Benzema. Everything was confusing at Real. Simply, logic should prevail for its own sake. Ukrainian Yuriy Vernydub’s cadre was determined to rebel against the deductive. Especially with 0-1.

From the visiting goal, the Sheriff was hit by a convoy on top. It is not that Madrid became Versailles, but it did play the drums. In front, Hazard as a perch. In the final quarter of an hour of the first act, a cataract of occasions for the locals. A torment for goalkeeper Athanasiadis, who received whiplash from all sides. In the lead up to the goal, Benzema, Hazard, Vinicius, Nacho, Casemiro, Miguel … A squad on the attack, although with too much abuse in the lateral centers. There were no forceps in the central corridor, well governed by the Colombian Arboleda and the Peruvian Dulanto.

Between peck and peck, another alarm for Madrid. A bad clearance off the foot by Courtois led to another opportunity for Yakhshiboev. This time the shot went off a thimble.

Back from intermission, more of the same. The Encapsulated Sheriff, Enlightened Athanasiadis, and the Unleashed White Cavalry. Nothing to articulate the game, bare-chested, without tactical bagpipes. Nobody interpreted the banality of the battery of pumps to the area of ​​the Greek goalkeeper like Vinicius. The Brazilian, to his. Ball at the foot, feint, bicycle and head on. This is how he distressed the Moldovan team when Costanza took the chain out with a touch from behind. The VAR condemned nothing. Vinicius did not despair, who in a blink of an eye invented another trick. He infiltrated between two adversaries and Addo sent him to the ground. This time the VAR had another eye. Benzema, as precise as he was forceful from the penalty spot, sealed the tie.

The 1-1 did not alter the plans of Ancelotti, who had already ordered four simultaneous changes. The revolution: with Kroos, Modric, Jovic and Rodrygo by Hazard, Nacho, Miguel and Casemiro. Camavinga and Valverde were used as orthopedic laterals, Jovic went ahead of Benzema, Rodrygo went to the right winger and Kroos and Modric were left as the only beacons. The horns sounded at the Bernabéu when once again Cristiano, the other Cristiano, headed down the left, set the compass of his geometric left-handed foot and Bruno beat Courtois. Patidifuso chamartín.

The fans recovered their breath when the VAR threw the lines and it was noticed that Bruno was offside. The one who was never out of place was graduate Athanasiadis, as agile with his hands as he was with his feet. For feet those of Thill. The duel with Real was fading away, each time more in a hurry against the rival goal when the unexpected Luxembourgian slashed Courtois’ net with a thunderous shot. The Sheriff to the conquest of paradise. Little joke.