The Sanchez method to curb anxiety 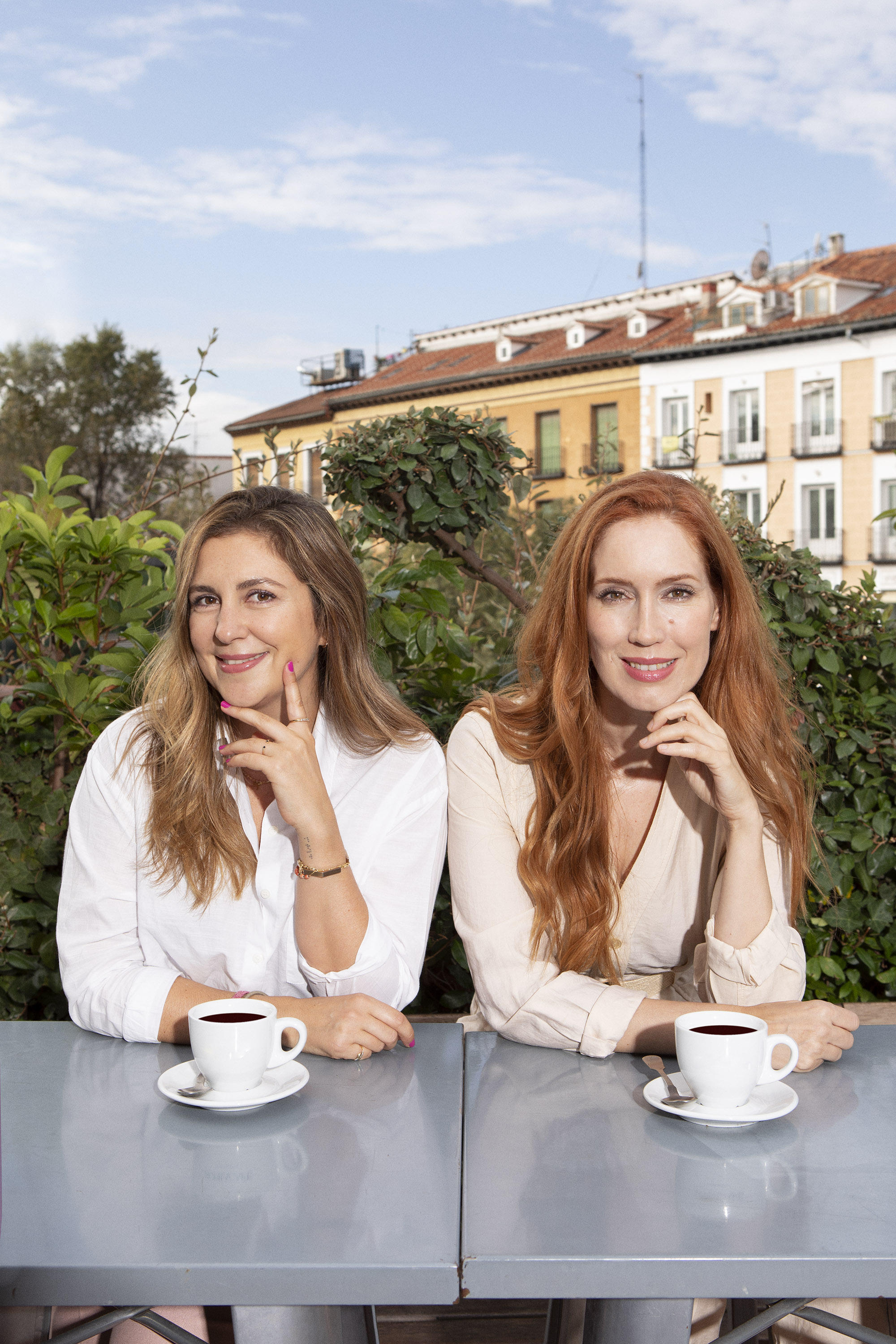 A lifetime, in a productivity-oriented society, the break at work has been for a coffee, for a cigarette, for a call. Rest from one thing to get into another. An illusory breath that, instead of oxygenating, suffocates. Because to get air you have to stop doing, put the brakes on, which is precisely what Carla Sánchez and Marta Sánchez-Moreno promote in The Holistic Concept, a platform for live and recorded videos, audios and tips to learn to listen to yourself. A few minutes to stretch the cervicals and inhale and exhale without paraphernalia: no mats, no leggings. “Breathe,” leads a voice to the other side of the screen.

Carla’s voice guides the journey towards tranquility. Meanwhile, behind the scenes, Marta manages schedules, clients, invoices. They share a surname without being sisters, and they are radically opposite poles. “The yin and the yang,” admits Carla. She is from the Canary Islands, an actress who has become a yoga teacher. Marta, castiza, entrepreneur and pure business nerve. The first is calm, the second is like a whirlwind. The perfect tandem. “We are connected by a way of feeling,” says Carla.

Their project was born with the boom of the wellness and yoga industry, but they flee from the stereotype of queens of the fitness, the one who demands to comply with the commandments to be well physically and mentally. “Unfortunately, health and beauty have been connected for too long,” laments Marta. They were clear from the beginning: “You need emotional education.” His videos do not show impossible postures, but slight movements of the spine and neck, and they encourage you to accept the bad days.

It was fate that led to their meeting seven years ago. Marta was organizing a cooking session in a restaurant in the La Latina neighborhood, in Madrid, when Carla appeared with her mother to give a vegetarian food class. The image of that red-haired woman with braids, dressed in white, “who seemed to levitate,” caught Marta’s attention. Years later they met in a yoga session. By then Marta Sánchez-Moreno had begun to be interested in managing emotions to “dominate those demons that we all have” and in Carla she saw a special magic. The idea began to cook in that active and determined mind, and soon after he sent “that ethereal being” —who had thousands of followers on Instagram— a proposal: let’s teach normal people — even those who hate the culture of the well-being— to feel good in a simple way. Carla Sánchez accepted immediately. Months before, he had left everything in Madrid to go to Athens, and at that moment he was looking for a way to build bridges between Greece and Spain. “It’s as if the universe had sent me an answer, that alliance was obvious.”

Today more than 30,000 people and 30 companies between Spain and Mexico use his method: short breaks to disconnect from work, family, day to day. Although they started developing wellness actions in situ, the pandemic made them 100% virtual and made them grow. They created a platform with live sessions and audiovisual capsules of less than 15 minutes, and they opened it to the general public for free. In three months they exceeded 15,000 users. “The pandemic made it visible that we are all susceptible to a mental downturn,” explains Marta.

That close communication has become the key to their success. “If you have a mental cloud and I tell you to wear Tibetan chants, you don’t connect. But if I simply tell you: ‘Lie down, breathe and listen to this reflection’, things change ”, he compares. Now they are preparing a new project aimed at travelers. Because even on vacation, we live under stress.