The beautiful autumn of women’s cycling 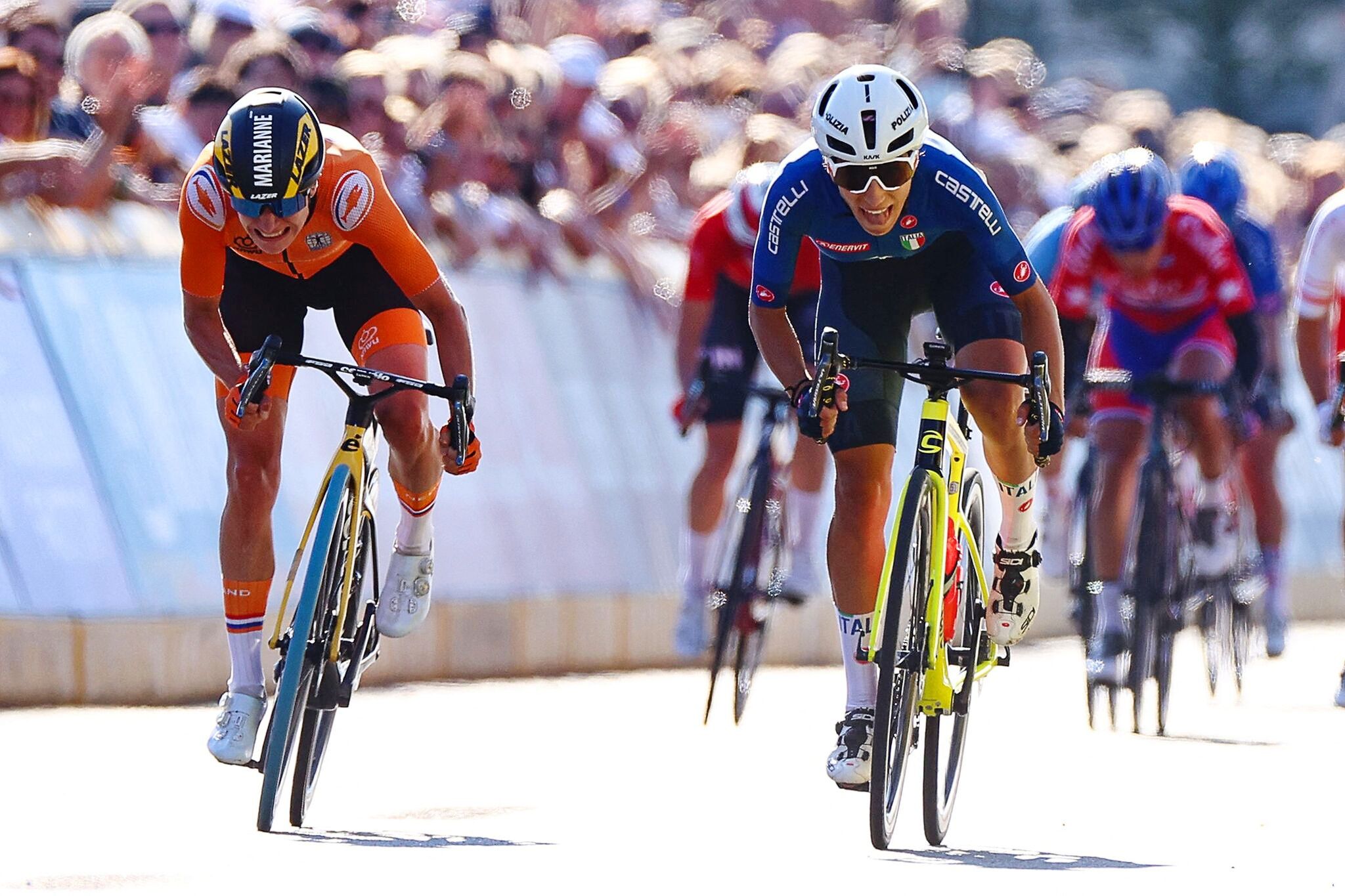 When we look at the evolution of women’s cycling in France, we can see the glass half empty. The first Paris-Roubaix, Saturday October 2, is an opportunity “which could have happened earlier”, testifies Audrey Cordon-Ragot, 27th and first Tricolor in the world championship on Saturday September 25, in Le Journal du dimanche. It is true that the cobblestone race is seventeen years behind the women’s Tour of Flanders, created in 2004, and four over the Liège-Bastogne-Liège, launched in 2017.

But we can choose the glass half full, affirming that this initiative arrives on time, many runners preferring to wait before rubbing shoulders with the hell of the North. “It’s tough and you can’t compare this race with anything else. I have mixed feelings: I’m super excited, but on the other hand it’s also a little scary ”, explains one of the big favorites, Chantal van den Broek-Blaak, last winner on the Tour of Flanders and the race. Italian on Strade Bianche paths, which are far from being healthy walks.

“In reality, the women’s teams and most of the runners were not asking for Paris-Roubaix,” suggests Thierry Gouvenou, number two in cycling at Amaury Sport Organization (ASO), the organizing company of the pavement race. “This race is special, it requires physical qualities and specific training. Overall, the peloton was not ready, ”he continues, recalling that the first women’s Roubaix could have taken place as early as 2020 (the race was canceled due to the Covid).

This first arrival in the North comes after the official announcement, at the end of June, of an even stronger event for ASO society and women’s cycling in general: the rebirth of the Tour de France, abandoned in 1989, and which will be reborn. ashes in 2022 (read opposite). The good news does not stop there, Thursday September 23, David Lappartient, the French president of the International Cycling Union (UCI), the body responsible for pro cycling, has promised the creation of a Tour de Romandie in 2022.

A few days earlier, the Cofidis team, one of the three French teams playing in the first division (World Tour) for boys, unveiled the composition of its professional female team. “For a company like ours where 60% of the staff is female, this makes sense, and it has nothing to do with a fad. We had been thinking about it for ten years, there we felt that it was the right moment, ”explains Thierry Vittu. At Cofidis, he has three hats, HRD, communications director and president of the company bringing together cycling teams, which allows him to see the big picture. “Cycling in turn enters the positive spiral in which all women’s sport is engaged,” he explains.

Evil tongues will say it was about time, because cycling was one of the last major sports to offer a specific license to female pros after an agreement was signed in January, accompanied by the establishment of a minimum wage. . With a certain delay, it is true, in France on the English, Scandinavian, even Italian neighbors. Cofidis will only be the third French pro team, after Arkéa-Samsic and FDJ-Nouvelle-Aquitaine-Futuroscope. This places France far from other nations of modern cycling, with Italy (8 professional teams), the United States (5), Great Britain and the Netherlands (4) in the lead. All nations that can be found at the top of the women’s world podiums: it is an Italian, Elisa Balsamo, who was crowned world champion on Saturday September 25, ahead of the Dutch Marianne Vos.

“We had a big delay in France, not a lot of runners, but I think we are in the process of making up for it, even if there is still a long way to go”, explains Thierry Gouvenou, who is pleased that his company ASO has supported the creation of the first women’s Paris-Roubaix of a major innovation: unlike the other classics, where the girls open the road to the boys, driving in the morning at one hour of little listening, the peloton will have the honors of a direct according to – midday, on France 3, for a route with thirty kilometers of cobblestones, that is to say twenty-five less than the boys. “We are going gradually and we hope that the TV audience, the sinews of war for the economy of a race and the satisfaction of sponsors, will be there,” he continues.