Spain touches its ceiling of vaccinated: almost 90% of the target population has received at least one dose 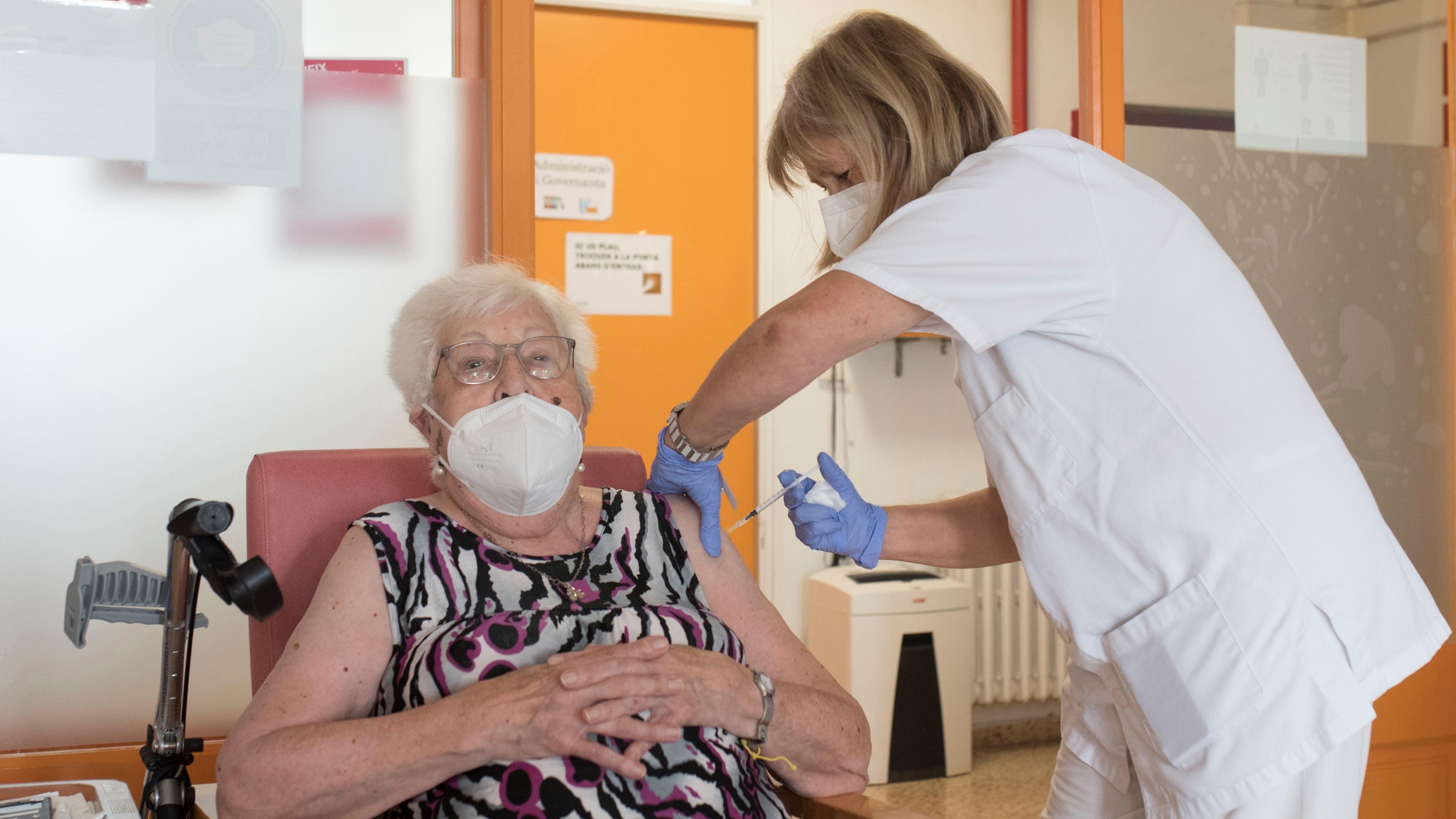 There is little room to continue increasing vaccination rates in Spain. 79.3% of citizens have received at least one dose, which represents about 90% of the target population, since there is no approved vaccine for children under 12 years of age (which is 11%). If to this is added the percentage of opponents to be inoculated -around 4% reject it outright, according to the latest surveys-, those who without refusing outright have no intention or interest in receiving the injection and those to whom the system It is not enough – like many immigrants in an irregular situation – the capacity to continue advancing is already scarce.

This is clearly reflected in progressively slower vaccination progress. During spring and summer, the percentage of first doses increased around three points per week. The figure began to fall in August and last week it stood at 0.4 points. Second injections peaked in July above five points per week. This Monday the increase was 0.9 points, compared to seven days before. In total, 76.8% of the population has already received their complete guideline and four communities have exceeded 80% (Asturias, Castilla y León, Galicia and Extremadura).

The reference to predict the potential for vaccination, however, is now the first dose, since those who have received an injection usually go for the second. And this figure is increasingly stagnant. Among those over 50 the percentage is close to 100%. But as age decreases, and with it the risk of complications from covid, the numbers also decrease. Among the forty-something it falls to 87.8% and among the thirty-something it does not reach 78%. This is the age group with the worst vaccination rates, which is somewhat higher among those between 20 and 29 (78.3%) and even higher in adolescents (82.5%), according to the latest data published by the Ministry of Health.

José Antonio Forcada, president of the National Association for Nursing and Vaccines, believes that it will be difficult to rise well above 80% of the vaccinated population as long as there are no approved drugs for children. “The pity is that the percentage between 20 and 40 years will cost us a lot to improve, for many people in these groups it seems that the pandemic is over,” he laments.

Jaime Jesús Pérez, vice president of the Spanish Association of Vaccination (AEV), has the same opinion: “Those under 40 who have not been vaccinated in the fifth wave will hardly do so now that it is decreasing, at least if we simply try to convince them with campaigns or phone calls ”. More than 20% of those younger than this age have not received the injection. “It is not that they are anti-vaccines, usually it is due to rebellion, laziness or passotism. In other countries, such as France, traditionally more anti-vaccine than Spain, it has worked very well to require the COVID certificate in places such as bars or restaurants. This would pull up the coverage, ”he adds. In the Gallic country the coverage rates with a dose of the elderly exceeds 93%, according to data from the European Center for Disease Control (ECDC).

The Minister of Health, Carolina Darias, maintains the “hope” of reaching 100% of the population. Darias has attended this Monday the beginning of the punctures of the third dose at the Los Olmos de Guadalajara nursing home, the same place where the campaign began on December 27, 2020, where she insisted that the process must continue, “Since vaccination highly protects against infections, hospitalizations and deaths.” “This goal of 100% hope is what continues to move us to continue working hard and, of course, with great force in all the autonomous communities and cities in our country,” he stressed.

Beyond specific milestones, the Government’s objective is to vaccinate as many citizens as possible. Herd immunity, which for a time was estimated at around 70% of the inoculated population, has become a chimera with the new variants. Although everything indicates that the vaccine reduces the probability of infection, it does not eliminate it completely. What it does do is drastically reduce the chances that an infected person will suffer the most serious complications of covid, need hospital admission or even die. In the fifth wave in Spain, the fatality rate was seven times lower than in the previous ones, largely because the most vulnerable population was protected by injections. Experts predict that future waves will have a much smaller impact on hospital capacity and mortality.

Pérez explains that as long as there are relatively large percentages of unvaccinated among those under 40, there will continue to be cases. “Maybe not waves, but outbreaks that will cause some hospitalizations and also deaths. It is not that the vaccine completely prevents the circulation of the virus, but the closer we are to 100% coverage, the more difficult it is for it to spread ”, he assures.

Will children be vaccinated?

It is likely that in a few weeks there will be approved vaccines for those under 12 years of age, which would allow, at least in theory, to improve vaccination coverage. Pfizer has reported positive results for a drug formulated for those between this age and five. Although its studies have not yet been published and they have not been validated by health agencies, the announcements that this pharmaceutical company has made public during the pandemic have ended up becoming reality.

Both the US drug agency (FDA) and the European (EMA) will have to study the trials to decide whether to give the green light to this drug. But even in this case, it is not clear that the vaccine is injected into children in Spain. The Vaccine Commission, the team of technicians that advises the Government, will be in charge of assessing whether it is worth it. And it won’t be easy. In this age segment, the chances of becoming seriously ill or dying from the coronavirus are extremely remote, so it is not clear that the benefit it brings outweighs the risks of possible side effects, however scarce they may be.

In the opinion of the vice president of the AEV, the priority is to increase the rates among young people and continue with the third dose among immunosuppressed people. “In children, when they are approved, it will be necessary to study it very carefully,” ditch.