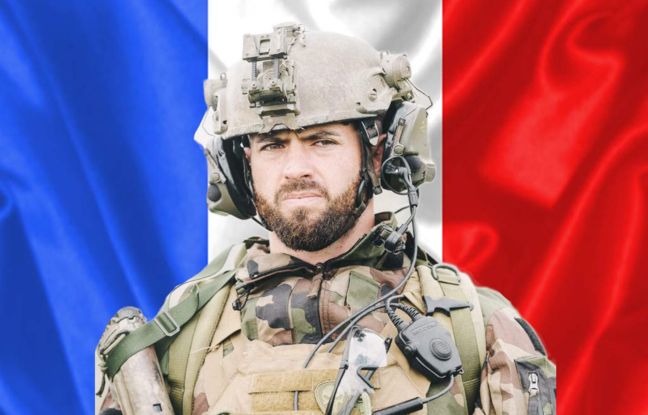 A national tribute, chaired by Emmanuel Macron, will be paid Wednesday at 4:30 p.m. at the Hôtel des Invalides to French master corporal Maxime Blasco, a soldier with an “exceptional career” killed in operation in Mali, the Elysee announced on Tuesday.

The funeral procession will cross the Alexandre III bridge in Paris beforehand, as per tradition. On Thursday, another tribute will be paid to him in Varces (Isère, south-east) by his brothers in arms of the 7th battalion of alpine hunters.

The French soldier was killed during a reconnaissance and harassment operation conducted by the anti-jihadist force Barkhane in the region of Gossi, near the border between Mali and Burkina Faso. Several times decorated, Master Corporal Blasco, 34, received in June the military medal “for the exceptional value of his services”. “He was someone who had an exceptional operational background”, according to Colonel Pascal Ianni, spokesman for the armies.

In 2019, he saved the lives of two of his comrades after their Gazelle helicopter crashed. Seriously injured, in particular with multiple vertebral fractures, he had succeeded in extracting them over about fifty meters before installing them “in a somewhat artisanal way on the skids” of a Tiger helicopter to extract them from the combat zone, according to the staff. His death brings to 52 the number of French soldiers killed in action in the Sahel since 2013. On Tuesday, the National Assembly observed a minute of silence in his memory.