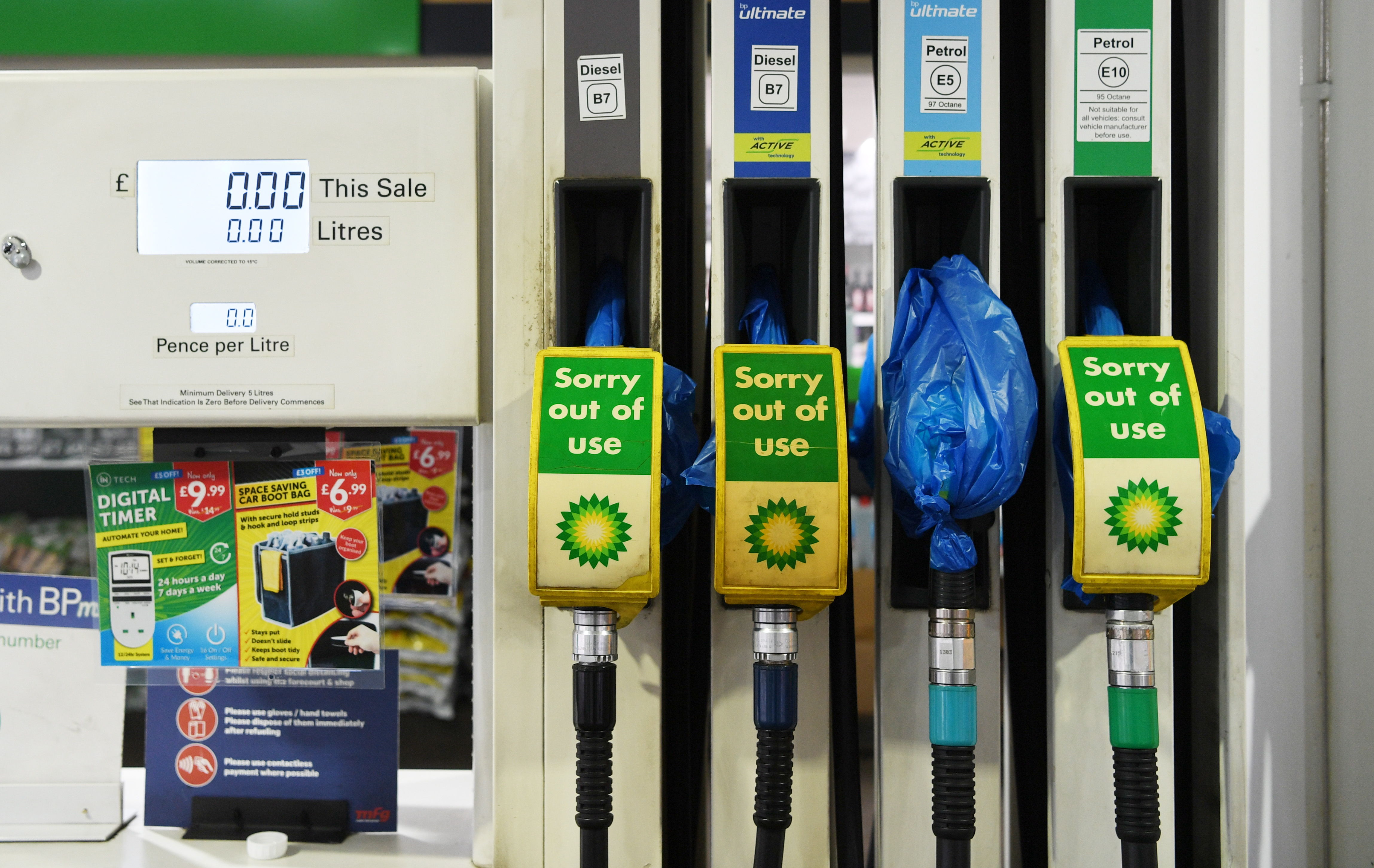 The gas station crisis unleashed in the UK is already so flammable that it threatens to scorch the government and the opposition. If the delegates who have attended the Labor Congress these days, in the coastal town of Brighton, express out loud their surprise that the party is entangled in internal troubles while the country explodes in the hands of Boris Johnson, the deputies and the The conservative press is charging at the prime minister for his erratic management and his indecision in the face of a problem, that of the shortage of truckers, about which he was warned months ago. Downing Street is now making use of plans designed for a possible abrupt Brexit, which it did not even elaborate enough to be immediately effective.

If on Monday night Downing Street finally admitted yes, that it had the army on alert to intervene if necessary – up to 150 soldiers, half of whom could start distributing fuel this Friday -, this Tuesday the Government Johnson has also failed to provide a clear answer to the most urgent request he has received yet: to activate his emergency powers to prioritize essential workers at gas stations.

“Everyone has their personal reasons for wanting to fill up the tank of their vehicle,” the Chairman of the Board of the British Medical Association, Chaand Nagpaul, implored the Executive. “But as gas stations run out, we run the risk that National Health Service (NHS) personnel will not be able to go to work or provide essential care to people in need,” he warned. Nagpaul.

Various organizations and media have joined his request, from the powerful Unison union to the Royal College of Nursing, passing through the opposition deputies in the Transport Commission of the House of Commons. Johnson has finally come out to face, in an institutional video-interview recorded in Downing Street, to reject the need for this exceptional measure. The prime minister believes that normality will soon return, and that everything is due to an increase in demand for services and resources – gas, truckers … – in the global economy. Nothing to do with Brexit. “I would ask everyone to try to get back to normal, and go and fill their tanks when they really need to,” Johnson said.

The Executive continues to bet all its tricks on the information it receives from the big oil companies, which have assured this week that there is plenty of fuel in the United Kingdom. However, the problem of lack of truckers has been compounded by the panic created among the population, which has led thousands of drivers to queue hours at gas stations across the country. The dissemination by the tabloids, which have seen blood and profitability in this story, of occasional videos in which users punch each other or even draw a knife, has further heated the political environment. “Fury at the pump”, titled this Tuesday its website the Daily Mail.

The Minister of Transport has assured that the situation has begun to stabilize, although he admits that the queues at the service stations will continue for a few days. “The level of fuel stored under the pumps is beginning to rise and stabilize, although it has not yet been transferred to the ranks of users. It does, however, mean fewer closed gas stations, ”explained Grant Shapps.

His optimism is contradicted by the data managed by the UK Gas Station Association (PRA), which claimed that between 65% and 90% of the more than 8,300 service stations spread across the country were already dry, or about to be. Entrepreneurs in the sector strongly deny the accusations made by some drivers and amplified by the tabloids that some gas stations are raising fuel prices to profit from the panic. “As soon as a tanker truck arrives at the service station, the drivers start to warn each other through social media. Like bees to a honeycomb, they all flock to it and in a few hours the fuel runs out ”, explained the president of the PRA, Brian Madderson.

The conservative government is reluctant to accept that Brexit has something to do with the gas station crisis, which it attributes above all to a shortage of truckers across Europe. His claim, however, to put Brexit on hold for three months and grant temporary visas to 5,000 EU drivers, to save Christmas, has met with a harsh and cold reaction from professionals. Not only because no one sees attractive in a visa of such a short duration, plagued with bureaucracy and paperwork, but because the demand is very high in many countries of the continent, with more advantageous working conditions and quality of life.

“The EU truckers we have spoken to do not want to go to the UK to help them get out of the shit they have gotten themselves into,” Edwin Atema, spokesman for the Dutch union in FNV carriers.

The expectations that this solution will help deflate the crisis have been lowered, in the same way that many experts question the decision to have the army on alert, beyond trying to give the image that the Government is doing something. “The country wants to see how Downing Street controls the situation and has a plan. We have to get the soldiers out now, not keep them waiting ”, demanded Tobias Ellwood, a decorated ex-military man and today president of the Parliamentary Defense Commission.

Others, such as Mike Grannat, the senior official who once started the Secretariat for Civil Contingencies, recalled on the BBC the gas station crisis suffered by Tony Blair’s Labor government in 2000, and criticized how Johnson has been managing the current crisis: “[Blair] He went out to explain to the citizens that, or they were contained, or the system would not be rebalanced. This is called leadership, ”said Grannat.