Denis Agret, face of Antivax resigns from his position as doctor 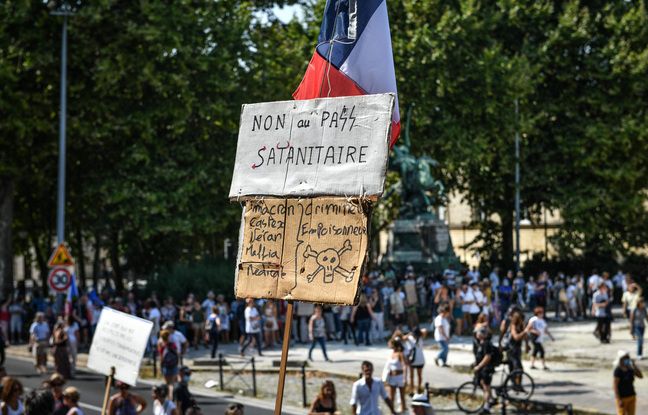 Denis Agret, the doctor pursued by the ARS and the Ministry of Health, announced his resignation from, the order of physicians and his post as doctor. “I return my blouse and wash my hands of it,” he explains in a long letter to the health authorities that he took care to post on social networks, where he is very active.

Leader of the antivax, this practitioner of Montpellier denounces for several months the policy put in place by the Government. He judges “the catastrophic management of an alleged Covid-19 epidemic”. His stances and his presence in the front row of anti-sanitary pass protesters have given him very strong exposure in recent months.

See you in court on October 6

He is the subject of several complaints, the first of which will be investigated on October 6 by the Montpellier Criminal Court, for “endangering the life of others and invasion of privacy”. On January 19, while visiting a school in Montpellier, he allegedly asked students to remove their masks before taking a picture and posting it, without parental permission.

Other invitations could follow. The Montpellier public prosecutor has just opened two preliminary investigations against him. The first concerns the threats targeting the director general of the Regional Health Agency, made during a demonstration on September 20, audible on a video posted on his personal account.

False leap in a commune in the Var

The second follows the complaint of a nurse whose identity he published on social networks after the death of a young woman from Hérault. He had published the teenager’s vaccination certificate, made a few days earlier. On this medical act, appeared the name of the health professional.

Denis Agret was to take up his duties as a salaried doctor in a rural commune in the Var, in La Verdière. But the town hall announced the emergency closure of the municipal health center. According to Var Matin, he would have given up his engagement, without warning the town hall.

Zlatan “Antivirus” Ibrahimovic soon to star in the new “Asterix”

Number of damage reports after Groningen earthquakes rises to 136 | NOW