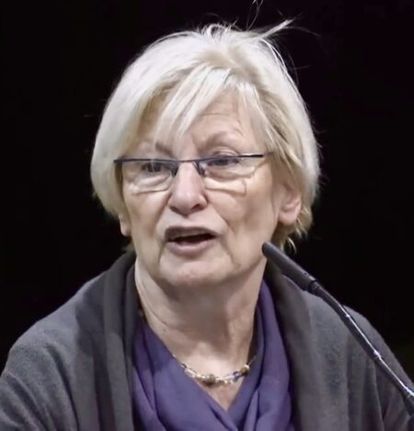 When the feminism of the seventies began, Carme Alemany (1939-2021) was there. He left us on Friday, September 23, but a few months ago, in the Strike of All and in the activities of Feministas Indignadas, Carme Alemany was there. In the organization of the last March 8, I was there. At the last Feminist Economics congress, I was there. In the last 50 years of feminism in this country, Carme Alemany has been there. I am convinced that, for years, we will continue to seek it wherever there is a demand for equal rights for women. We will continue to remember her wherever the activities of the most irreverent and disruptive feminism occur, because there we will be dozens of feminists who have learned from her, who have seen her think breaking the seams of outdated thought – even feminist -, we have followed her in the demonstrations, in caceroladas, in criticism, in rebellion.

Carme combined this feminist activism with her professional, academic feminism – from outside the academy. Carme Alemany had the historical fortune to study Sociology at the Sorbonne around May 68, and when she returned to Spain she ended up creating, with her husband Jean-Pierre Malé, her own study center, CEDIS, where they investigated in a committed and innovative way .

From CEDIS, Carme Alemany participated in some of the most cutting-edge research on women and education, employment and technology. As a result, it has been materialized in books and articles that continue to be a source of teaching 20 and 30 years later. Among them, his book I have never played with Electro-L, 1992. An analysis of the situation of the first female Telecommunications Engineering students. There’s a lot to learn from that book if you are serious about bringing more women into engineering. His contribution to the study of women and employment in Women and work: conceptual breaks In 1994 he brought us closer to feminist studies of the sociology and economics of labor from outside our country. Also in 1994 she gave birth, with other European collaborators Bringing Technology Home, which reveals the intrinsic androcentrism in the production of household appliances.

Carme Alemany created herself a software for qualitative data analysis before others became popular.

Being 80 years old did not age her at all. We shouldn’t have lost her so soon. He would still have taught us a lot and he would have continued to love us.

Capitolina Díaz is Professor of Sociology at the University of Valencia