“A third of the calls received concern current victims”: what is the first assessment of the listening platform on incest? 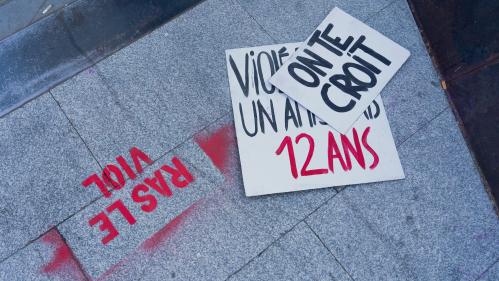 A few days of operation and already some food for thought. A week after the setting up, Tuesday, September 21, of the listening platform for victims of sexual violence in childhood, Emmanuelle Piet, the president of the Feminist Collective Against Rape, which hosts the premises of the platform, believes that for the moment, “it is too early” to establish a precise number of calls between 10 am and 7 pm on 0805 802 804 (hexagonal France and Corsica) and 0800 100 811 (overseas territories). “We don’t have a real switchboard yet, just three to four people receiving the calls,” she explains.

According to his estimate, among the calls already received, “a third” concerns victims aged between “50 and 70 years old who tell very long stories about violence of which they were victims in childhood, without having spoken of it until. present, what eats them “, develops Emmanuelle Piet.

The second third concerns victims who are now adults who recounted the violence they suffered when they were young, but who “were not believed”. After a chaotic journey, they now find themselves with “a career of victims of sexual violence because they have been moved from structure to structure with other forms of violence”, according to the president of the Feminist Collective Against Rape.

Finally, the last third of the calls received since the posting on line is “the most worrying because they are current victims”. It is often parents who call “to protect the children of an aggressor, such as an uncle or a father, and the justice or the police do not believe them”, deplores Emmanuelle Piet. “What interest has a child in telling horrors? There is no reason to think that it is not true, she emphasizes. We have children today with torn vulvas and it has to be that. exchange.”

This difficulty for young victims to be believed is also highlighted by Edouard Durand, the judge for children and co-chair of the commission on sexual violence and incest. According to him, “we must believe the child who reveals violence”, because the risk of false denunciation is “residual”.

Incest: “You have to believe the child who reveals violence. ” @JugeDurand, judge for children in #CPolitics pic.twitter.com/tEWQOFQaTb

At the other end of the line, the members of the listening platform redirect to “places where victims can be heard,” says Emmanuelle Piet. This can be in “specialized associations, during consultations with a psychologist. We act according to the demands of people and local possibilities”, according to her. “I remember at least two or three people who told us to go and file a complaint the day after our discussion. On our side, we made two or three reports of calls where the children were in serious danger”, testifies Emmanuelle Piet.

Enough to make the president of the association optimistic. “This platform will be a success if we continue to have a lot of calls and with our analyzes, things change. I am optimistic to show how much sexual violence damages, is frequent and deserves the attention of professionals. who take care of it. “