Midwives strike: “Let us take care of women as it should!”, Pleads a union 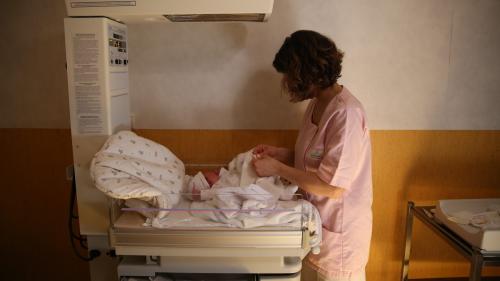 “Let us take care of women as it should!”, Called on franceinfo Camille Dumortier, president of the National Union of Midwives, while a national strike movement launched by several organizations was very followed this weekend, in hospitals and among the liberal ones.

franceinfo: Was the strike very well attended this weekend?

Camille Dumortier: A lot of maternity hospitals followed this strike. Out of a little less than 500 maternities in France, there were 150 who were 100% strikers. The movement was also particularly followed among the liberals. We know that at least 60% of liberal cabinets are closed. This meant that there were no early discharges from maternity, since no liberal midwives to take care of the patients within 24 hours. The women who came to give birth this weekend gave birth in the conditions in which we are obliged to work very regularly, with guards where we spend our time running from one patient to another, where we look for beds. and where we can’t do our job properly. In fact, it is our daily life. On the other hand, in certain establishments, respect for the right to strike and the methods of assignment or requisition has been more or less partial. So there are clinics that have had to close. There are establishments that have found themselves in difficulty. Midwives, whatever their mode of practice: public and private employees, liberal workers, students… We are all at the end of the line. We’ve been saying this for so long, and again, I don’t think we’re taken seriously. Except that there is a cry of distress from the entire profession: let us take charge of women as we should!

What are you claiming today, knowing that you have obtained a salary increase of around 180 euros net per month, within the framework of the Ségur de la santé?

Like all the other nursing staff at the hospital, we obtained this upgrading. What you should know is that a midwife bac +5, who did the first common year of health studies, starts at 1,600 euros per month. All this contributes to a lack of attractiveness of our profession. This means that we no longer have enough midwives in the establishments. We do not have enough self-employed midwives to take care of patients properly. This upgrade might be suitable for someone who initially makes a decent living. But for us, that will not be enough. And anyway, the problem is much deeper than that. We are not given the staff, we do not have the means to do research.

You are already doing full gynecological follow-ups or IUDs. Would you like to be able to go further with, for example, larger prescriptions for medicines?

We can already prescribe drugs, but we have a problem with the list of prescriptions that does not go as fast as science. We would simply like to be able to prescribe what is necessary for our “art”. To be a bit schematic, if a new IUD comes out and it is not in this list, we are not allowed to use it. You can prescribe antibiotics during pregnancy, at a time when you have to be particularly vigilant, but you are not allowed outside pregnancy: it is completely illogical! And then we have to discuss training again, it would take a sixth year. Since 2001, midwifery studies have taken five years. In 2009, there was the gynecological follow-up which was added to our skills and in 2016, the medical abortion. So, we end up with studies that are more and more compact, more and more dense. Before the health crisis, 70% of student midwives were burned out. Many colleagues return to their studies or reorient themselves after having worked for one or two years. We are often told that we are doing the best job in the world; it would be if we were given the means to exercise it.