Majority women in the Icelandic Parliament, a first in Europe 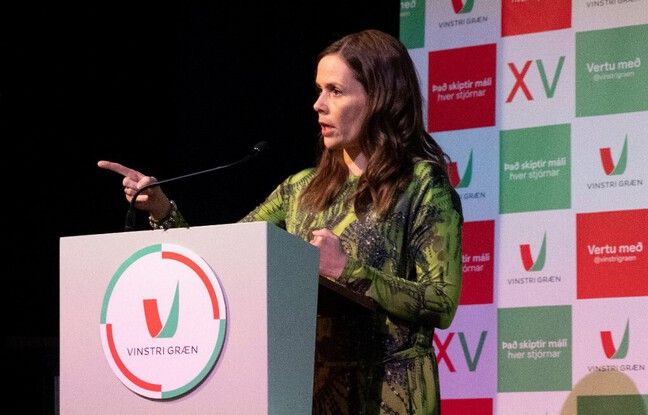 Iceland has become the first country in Europe to elect a majority of women to Parliament, according to the results announced on Sunday in elections marked by the weakened position of Prime Minister Katrin Jakobsdottir within an outgoing government coalition that still holds a majority. Of the 63 seats in the Althingi, 33 will be occupied by women, or 52.3%, according to final projections based on the final results of the ballot held on Saturday in the country of 370,000 inhabitants.

A first: no country in Europe has so far crossed the symbolic 50% mark in a parliament, Sweden so far occupying the first place with 47% of deputies, according to data compiled by the World Bank. “I’m 85 years old, I’ve waited all my life for women to be in the majority (…), and I’m really really happy,” said Erdna, a resident of Reykjavik. While several parties themselves reserve a minimum proportion of women among their candidates, no law imposes a quota of women for legislative elections in Iceland.

Success for women, not for the prime minister

The Nordic country is consistently at the forefront of feminism and for twelve consecutive years at the top of the World Economic Forum’s ranking in terms of gender equality. Behind this historic female first, the main victim of these elections is paradoxically a woman: Prime Minister Katrin Jakobsdottir, whose left-wing environmentalist party lost three seats and came with 12.6% of the vote behind her two current right-wing allies. . The big winner is the Progress Party (center-right), which won 13 seats, five more than in the last elections in 2017, with 17.3% of the vote.

The jubilation reigned Saturday evening at the HQ of the party “back to the forefront of the political scene”, launched under the vivas its leader Sigurdur Ingi Johannsson, who finds himself in the position of Prime Minister. But the conservative party of former Prime Minister Bjarni Benediktsson remained Iceland’s leading party with 24.4% of the vote, thus keeping its 16-seat contingent when the polls predicted a decline. With a total of 37 seats, the three allied parties therefore consolidate their majority in total. The right is in a position of strength with the option of finding another third partner who is closer ideologically.

Iceland is still moving away from a political deadlock scenario that the polls feared. Never since the spectacular bankruptcy of Icelandic banks in 2008 and the serious crisis that followed, has an outgoing Icelandic government retained its majority. We have to go back to 2003 to find a precedent. “Given the decline we are seeing, the Left-Greens may have to reassess their position in government,” said Eva Önnudóttir, professor of political science at the University of Iceland.

Since 2017, the Prime Minister has made taxes more progressive, invested in social housing and extended parental leave. His management of the Covid – only 33 dead – has been hailed. But this rare left-wing environmentalist in power also had to give up to save her coalition, such as her promise to create a national park in the center of the country. After a decade of crisis and scandals, the outgoing coalition marked the return of political stability in Iceland.