Investment in China is quarantined: what risk do Spanish funds have? 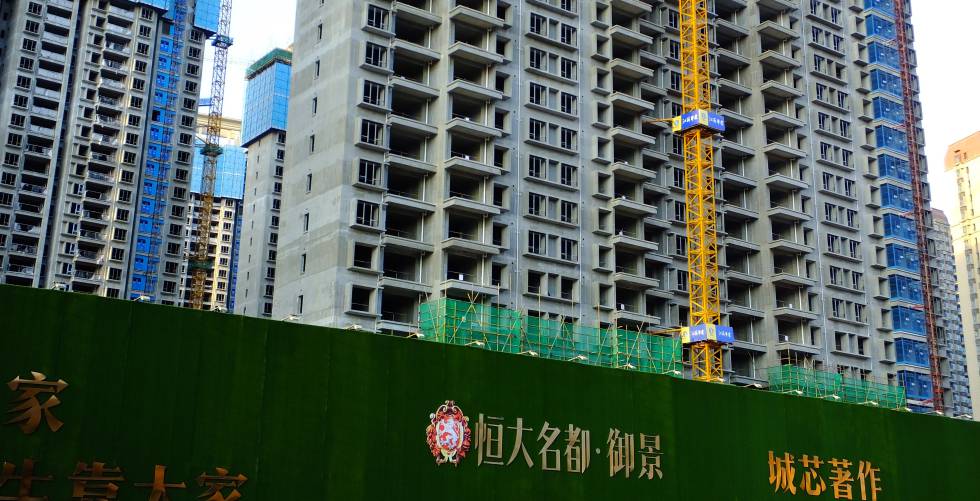 China has threatened this week to open a new and dangerous source of financial instability at a global level with the serious difficulties that the second largest real estate company in the country, Evergrande, is going through. The strong boom in the real estate sector that the Chinese government fed for years, as a way to boost domestic demand and that has placed brick as responsible for 29% of the country’s GDP, is showing its darker side. The idea that the fall of Evergrande could be a kind of Chinese Lehman Brothers has come to plan these days by the market, although it is an exaggerated statement since the Xi executive has already got down to work to avoid an uncontrolled bankruptcy that can become a systemic problem.

“It is a mistake to be alarmist but it is also wrong to minimize the issue as a small local problem”, summarized this Thursday the president of the Swiss Central Bank, Thomas Jordan, regarding Evergrande. There is concern and it is also the last straw for the difficult year for Chinese equities, with falls in its main indices, 7% in the CSI 300 and 11% in the Hang Seng of the Shanghai Stock Exchange, largely motivated measured by the regulatory and antitrust measures of the government and that have passed a high bill to the quotes of gambling, transport or online education companies.

The commitment to the Chinese market is not turning out as many analysts predicted at the beginning of the year and it is leaving significant losses in funds with exposure to this market. On average, international Chinese equity funds registered in Spain show red numbers this year of 3.93%, according to VDOS data. Even so, the exposure of the Spanish investor to the Chinese market is very low and there are only a handful of Asian equity funds launched by Spanish managers, which are avoiding losses despite their positions in the Asian giant.

Among the international funds of the Chinese Stock Market registered in Spain, the most profitable are the FSSA Greater China Growth, de First State Investments, y el Fidelity Funds China Focus, con rentabilidades del 5%. These are funds denominated in euros and accessible to private clients, not restricted to private banking, as explained by VDOS.

Sabadell Asia Emergente gains 14% with 20% of its portfolio in China, which leaves unchanged

Despite the majority outlook of losses in the Chinese stock market this year, the Asian stock market funds of the Spanish managers maintain the ascents, having avoided the antitrust measures of the Xi government and that they have volatilized a trillion dollars in technology companies since February. BBVA Bolsa Asia, a fund of funds, earned 2.1% for the year and CaixaBank Bolsa Selección Asia, 1.77%.

The most outstanding balance is for the fund Sabadell Asia Emerging, with a profitability of more than 14% in the year and with 102 million euros of equity. Its manager, Josep Sentís, assures that “the attractiveness of the Chinese Stock Market remains intact in the medium and long term and must be framed within China’s strategic objective of inclusive growth for the entire population”.

Although China’s growth slows down, as predicted by the Evergrande crisis and the foreseeable recovery of the country’s real estate sector, “it is higher than in developed countries and there is a lot of dynamism in sectors with high growth and potential such as semiconductors or biotechnology ”, he adds. China has a weight in the fund of 20% of the portfolio, a percentage that has not changed in recent months and that focuses on banking, semiconductor and biotechnology companies. Taiwan and South Korea have a somewhat higher weight, 22%.

BlackRock, the largest manager in the world and which pointed at the beginning of the year to the great potential of the Chinese stock market, now has a neutral vision for the country’s equities and does overweight its sovereign debt. His strategic vision of investment in China is in any case positive, in the idea that “the reforms under way could weigh on growth in the short term but will serve for quality growth in the long term.” In fact, the country’s central bank recently took measures aimed at cooling the bank credit market, and last year the government imposed limitations on the level of leverage of Chinese real estate companies.

The managers agree on the potential of the Chinese market in the medium and long term and that whoever bets on China has to assume regulatory risk and government intervention in the country’s economy, a factor that now plays in favor of investment before the certain possibility of bankruptcy of Evergrande.

“The Evergrande situation should not worry the rest of the market if the liquidation takes place in an orderly manner and nothing should make us think that this is not going to be the case, given that the Chinese government has a lot of control over the economy and is interested in there are no second-order consequences ”, acknowledges Alejandro Allona, ​​Inversis senior analyst. The expert recalls that geopolitical and regulatory risks have always existed in China, although after a while without materializing the investor has tended to forget them and stop putting them in price. “At least now we can be more sure that these risks are being taken into account, even if only in part,” he adds.

In Fidelity they warn that “Government regulation is a constant in China; any investor must accept it and incorporate it into their risk and reward framework “. And they ensure that sectors such as technology, consumption or health continue to have the same great potential in the medium and long term as in recent years.

With Evergrande and the latest regulatory decisions, a risk has arisen that was latent after all and that does make investors appreciate a change in the market climate in China. “From now on, the government is going to prioritize equality over efficiency, with the aim of achieving more sustainable growth, with greater equality of opportunities between different social classes,” acknowledge financial sources.

The advice is now to preferably invest in areas that are most in tune with the long-term goals of the Chinese government, such as green energy, electric vehicles or infrastructure. Do not get out of the script that Xi marks so as not to get scalded again, something that has not escaped even one of the reference managers in the Chinese stock market, Bin Shi, whose UBS China Opportunity loses 20% in the year, nor George Soros himself.

Evergrande, on the edge of non-payment and with a month to avoid it

Default. The second largest real estate company in China, which has global markets in suspense these days, this week complied with the payment of interest that corresponded to it for two issues in yuan, domiciled in China and for national investors, but not with an issue in dollars, for which he had to pay 83.5 million dollars, 70 million euros. An extension or grace period of 30 days has thus begun, after which the non-payment would already become official. Next week it faces the expiration of another coupon for an amount of 47.5 million dollars.

Systemic risk. Evergrande is the most indebted developer in China, with a liability of 254,000 million euros, 2% of Chinese GDP. Its indebtedness is equivalent to 0.2% of the credit of the Chinese financial system, according to Citi calculations, although its bankruptcy would represent an earthquake for the country’s banks as a whole, since 40.7% of the banking sector’s assets are linked to the brick. “Although Evergrande only accounts for a very small percentage of total credit in China, its extensive presence throughout the country implies substantial exposure to its credit risk for many regional banks,” adds Citi. The US bank does not believe a Chinese Lehman Brothers is possible because of Evergrande but it does warn that the country’s real estate sector will deteriorate and government support will be necessary.

Huge indebtedness of the sector. In the rating agency Scope they add that financial instability in China can be contained with the risk of slightly lower growth. They recall that Chinese real estate companies have turned to the public bond market in dollars to obtain 274,000 million dollars in the last five years, according to data from Bond Radar. Of that amount, about $ 215 billion is outstanding from some 120 companies, most of which are below investment grade. Many of the issuers have developed a systematic lending system, so they have multiple outstanding lines. About $ 10 billion is due by the end of the year and about $ 50 billion in 2022.

Russia ensures that there are volunteers for recruitment

Nazis not in power in Kyiv, say Holocaust survivors