Will the European Union succeed in imposing a universal charger for smartphones and tablets? 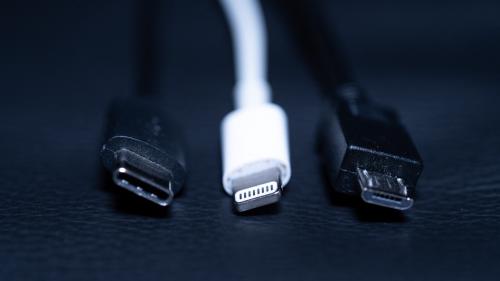 One cable, and that’s it. This is the ambition of the European Commission, which proposed, Thursday, September 23, to impose a single charger for all smartphones sold on the Old Continent. The project is widely defended within the Member States but however clashes with the giant Apple, the second seller of smartphones in Europe, which is reluctant to let go of its proprietary connection. Will the European Union succeed in imposing a universal charger? Franceinfo untangles the threads of this electrical affair.

The European Commission cites many reasons for harmonizing the charging ports on smartphones, tablets and many other mobile devices. Among them, the ecological argument is widely advanced by supporters of universal cable, such as the European Commissioner for the Internal Market, Thierry Breton, who declared war to the “growing number of non-interchangeable or unnecessary chargers”.

For Thierry Breton, the single charger would limit the electronic waste, while providing “more comfort” to users. As a result, 980 tonnes of electronic waste could be avoided each year, with savings of 250 million euros per year for consumers, according to estimates from Brussels.

A charger standard has already been chosen by the European institution. This is the USB Type-C, or USB-C connector, launched in 2014, which is said to be more practical and durable because it can be inserted in either direction. It is this connection which also equips the vast majority of smartphones sold for two years, even if it still struggles to impose itself for other devices, such as headphones or portable speakers in particular, which generally include a microphone port. -USB, older and less powerful.

This draft legislation for a universal charger has already had a first success in January 2020, with the vote of a resolution to this effect by the European Parliament. Important detail: this text was voted by an overwhelming majority of MEPs (582 votes in favor, 40 against), elected officials who will very soon be called upon to consider the directive concocted by the Commission. Unlike a resolution, a European directive is binding, and would force manufacturers to comply with the rule.

To come into effect, the text will also have to obtain the green light from the European Council, where the heads of state or government of the 27 member states sit. The examination of the text by these two bodies should take place in 2022, hopes the European Commission, which has already provided for a transition period of 24 months for the companies concerned.

But it does not do the business of Apple, which since 2012 has equipped all its phones and tablets with a Lightning port, designed in-house and reserved only for the brand’s devices. California IT giant, Europe’s second-largest smartphone maker according to Counterpoint Research (link in English), reacted strongly on Thursday in a press release sent to Reuters : “We continue to fear that strict regulation imposing one type of connector will stifle innovation rather than encourage it, which will ultimately harm consumers in Europe and around the world.”

The apple-based firm is however not allergic to the USB-C standard, since it uses it to charge all its laptops sold since 2015, and has just extended it to its latest generation of tablets, launched mid- September. But it fears that a switch to the universal charger will affect the rest of its products in Europe, as she has been repeating to the Commission since 2019. “More than a billion Apple devices have a Lightning connector,” says the company. “We want to be sure that the new legislation will not cause unnecessary cables to be sent, and will not render these devices obsolete.”

A universal charger would also mean the end of the accessories reserved for Apple devices, and therefore a shortfall, because the accessories must for the moment pay a license to be able to use the connector of the mark. In return, the European Commission has defended itself from attacking one manufacturer in particular and is calling for a global agreement between the leaders of the sector “for the benefit of consumers”. Resolute or far-sighted, according to analyzes, Apple is already actively working on a new charging system according to the specialist site The Verge (article in English), which should this time be based on a standard … wireless.