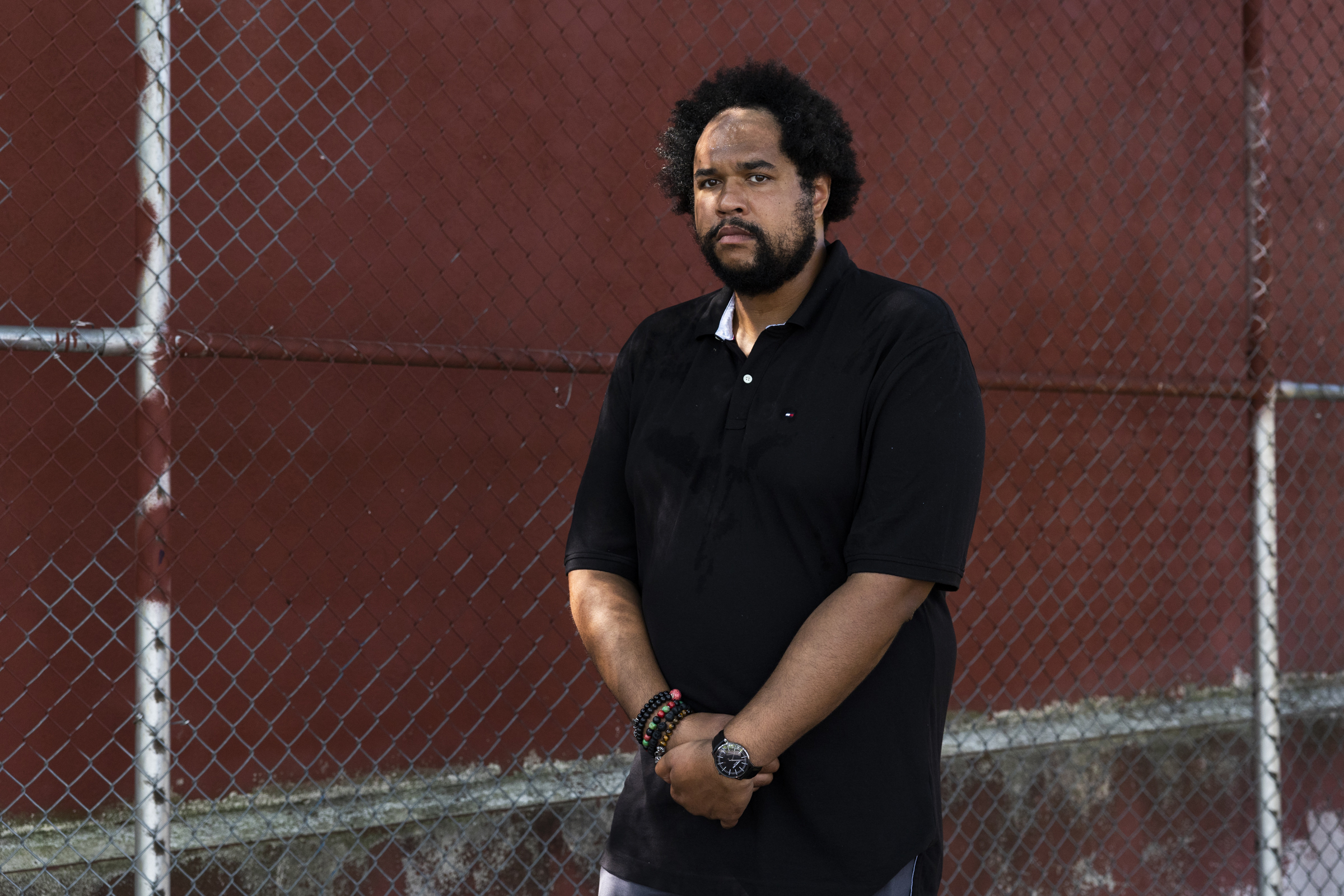 Norman Ajari (Columbia, United States, 34 years old), activist, philosopher, specialist in racial issues and decolonial thought, does not remember the first time he felt different. The one who was a professor at the Jean-Jaurès University in Toulouse and who now works as a teacher at the University of Villanova (Philadelphia) remembers that he grew up in a city in eastern France, “one of those in which now the extreme right always wins when there are elections ”, and that he was the only black child that others had ever seen. “There might be another in town, but we didn’t know each other,” he says. He also says that “the worst memories are of the swimming pool, of when I was six years old, of how others looked at me”. His scholarly articles on pan-Africanism, African socialism, the psychoanalyst and anti-colonial philosopher Frantz Fanon, and the fight for civil rights caught the attention of the Indigenous Party of the Republic, which wanted him in their ranks. And he was active in them until not too long ago. He picks up a video call from Philadelphia with the intention of talking about his first book, the essay-manifesto Dignity or death (from the Txalaparta publishing house), and the struggle, which must continue, because “we take our achievements as victories and that is not how it works.”

QUESTION. What do you mean?

ANSWER. There are those who say that today we are worse than in the time of Martin Luther King and in a certain sense it is thus. His success was taken as a victory without taking into account that racism is permanent, especially in the United States and in all countries that have in their history some shadow of imperialism. The problem today is that it is believed that progress is being made towards some kind of equality that is not real. As that happens, new ways to exploit and dehumanize the black community are being created, and atrocities such as mass incarceration are taking place in the US and other parts of the world. There are 20 to 30 times more black and Hispanic people than white people in jail. Racism is mutating, but it is not going anywhere.

Q. And that is worse, pretending that we are moving towards some kind of non-real equality?

A. Yes, because the feeling is that there is hope and that progress is being made. That makes us lower our guard and not fight with as much force as was fought in the past. In part it is as if that hope is taming the idea of ​​struggle.

Q. What do you think of the Black Lives Matter movement?

R. It seems to me that in the beginning it was a wonderful, wonderful movement, very promising. It was articulated in response to what was happening and it made sense. The first wave began during the Obama Administration and was very necessary for awareness, and then went around the world after the assassination of George Floyd, in a second wave that raised awareness above all of the disempowerment of the black community all over the world. Because this is not just about the US People in Nigeria realized that they felt their life was never going to be worth the same as that of a white man. But somehow all of that has been corrupted today.

R. That one of the founders of the movement, Patrisse Cullors, has become a multimillionaire with the death of other people is inadmissible. I’m not saying that an activist should live in poverty, but I am saying that they should stay engaged and not buy California mansions. Today the movement has lost all credibility. A new movement should be founded.

R. Something greater. Something that articulates us all everywhere and where political proposals could come from, of course. We are working on it. When I left the Indigenous Party of the Republic I joined another group and we are working on the recovery of the pan-African tradition, of African socialism, in a different way of thinking about the world. The only thing we aspire to is to establish connections around the world and create a platform that represents us all and allows us to fight against disempowerment, which is, without a doubt, the main problem.

Q. In that sense, is social media an ally or an enemy?

R. They are a bit both. On the one hand, they allow the sharing of knowledge. On TikTok there are starting to be great thinkers! Yes, yes, philosophy. It is not a stupid platform as people think, in fact it is much less so than others of the past. In any case, from there communities are created, and that is always good. The voice goes around the world. But at the same time there is the risk of polarization. When someone is canceled, there is no debate. And this is because the networks have too much power and you have to try to be more powerful than them. That is, individual thought must be above, not follow a current.

Q. Having one foot in France and the other in the United States, how do you see the current situation in each of these countries?

R. I see many points in common, obviously. The main difference is that the United States was a colony and France was not. And everything is more violent in a colonized place. But racism was not invented in the United States. He arrived with the settlers. And these came from France and England, from Spain and Portugal. They came from Europe, which tends to see the history of slavery as something distant when it was part of it, in fact it was enriched by it. It’s curious. The last name of the policeman who killed George Floyd is a French last name, Chauvin. It sounds like an irony of fate, but it says a lot about many things.

Q. In your writings you speak of “black essence” instead of black identity. Why?

A. For a philosophical reason. I love the concept of the essence. I like essentialism. And I think it defines much better what it feels like to be black. That is, it is something that is part of you, from which you cannot escape. It is not like the concept of gender. It’s very different. It is not performative. You are overexposed to violence and death from the moment you are born because it is something that you will not be able to change. The idea of ​​essence is more in line with reality. And in any case it is not as subversive a notion as it is believed. It was something that was already in the environment. I have only put it black on white.