Louis, deaf in one ear, went to the United States for surgery 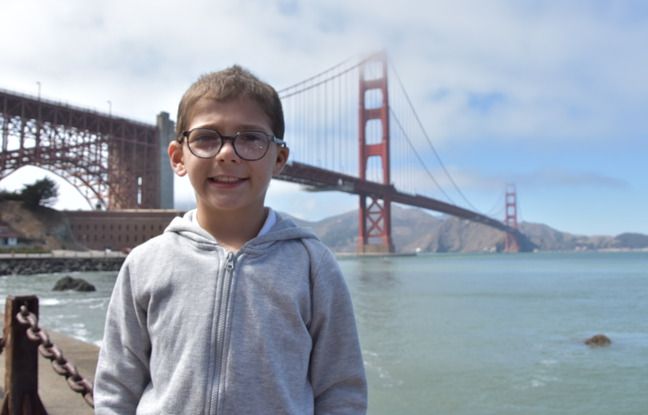 Since his start in CM2, he “is full of energy” and “expresses himself more”. Louis, 10, hopes to soon turn the page on the disability he has lived with since birth. This summer, this little boy from Angers flew with his family to the United States to undergo an operation on his left ear, of which he could not hear anything due to a very rare defect. “He was born with an ear that was too small but above all without a hole or conduit,” says Ludovic Le Bihan, his father, aged 45. We were always told that the other ear would compensate, without really knowing what it was… ”

But at school, Louis tends to isolate himself while his twin brother has plenty of friends. Problems of concentration, fatigue, self-confidence … The parents put that on “his personality” and warn him, with regret, that he will unfortunately not be able to exercise the profession he wants, firefighter or police officer, because of his deafness. It must be said that apart from an implant screwed into the skull or a vibrating device to be fixed on a branch of glasses, which ended up breaking, no solution is offered to them to cure this disease of which they do not even know the name. . “Until 2019, where by the greatest of luck, we discover the words’ microtia ‘,’ atresia ‘and’ aplasia ‘, continues Louis’ father. It was in a market in the North, parents were looking for funds to finance an operation in the United States for their son, who had a deformity similar to ours. “

After researching the Internet on these pathologies, the parents contacted the famous American doctor who confirmed the diagnosis. A glimmer of hope especially since, according to them, he would be the only one in the world to perform the combined operation their son needs, namely a piercing of the ear hole and a reconstruction of the duct. “It is too rare a disease, not profitable for research, thinks Ludovic Le Bihan, who regrets not having found a satisfactory answer in France, or even mistrust, according to him, on the part of certain health professionals. We hesitated a lot, until the last moment, but we are parents who want the best for our child. ” Thanks to a media coverage of their history in the Angevin region, by organizing events and mobilizing associations, they collect the… 45,000 euros needed, in a few months. “The family project” is accelerating.

For Louis, the end of this great journey took place with a cap on his head. The operation, which lasted 2:30, went well according to her dad, even if it takes several more months for the audiogram to validate the effects. “Recently, he has been talking about the ticking of the clock, the parasitic noises that he did not hear at all before, positive Ludovic Le Bihan. Today, the goal is above all to continue to mobilize for other families through our association. Louis’s hearing, with which we are soon organizing a big fundraising show. We must stop putting bandages but treat the cause. Or at least give families access to all the information so that they can understand and choose. “