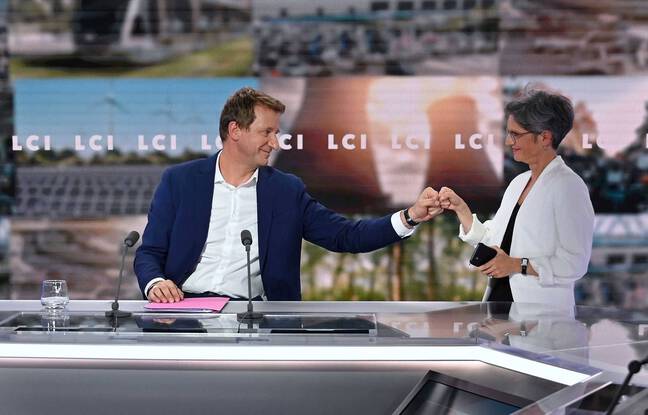 Yannick Jadot and his “ecology of government” or Sandrine Rousseau and her assumed “radicalism”? The more than 122,000 enrolled in the environmental primary are called from Saturday to nominate their presidential candidate, during a very undecided second round. The final result, which will be announced Tuesday at 5:30 p.m. in Paris by the organizers, is at least as unpredictable as that of the first round, which did not deliver an easy to interpret picture, with four candidates above 20%.

It is difficult to predict to whom the voters of Delphine Batho (22.32%), champion of “degrowth” but also a former minister specializing in sovereign issues, will refer. Nor those of the mayor of Grenoble Eric Piolle (22.29%), who embodied both an ecology anchored to the left and a concern for institutional pragmatism.

“Since EELV has existed, on the one hand there has been an impetus towards respectability and institutionalization, and on the other an impulse towards an ecology that resonates struggles and a lever for rupture rather than a cog of the system, analyzes a former elected Green, a good connoisseur of the party. The difficulty for the two finalists is that the base of the first round is weak, for one as for the other. “

The MEP Yannick Jadot, favorite on the starting line, obtained first place in the first round with 27.7% of the vote, a score however considered rather low in view of his notoriety. The media dynamic of recent weeks is rather for her competitor Sandrine Rousseau, who collected 25.14% of the votes. To stop it, Yannick Jadot has occupied the field all this week, making a first trip to Sevran on Tuesday, a second in the 20th arrondissement of Paris on Friday, both times on a theme mixing ecology and social.

Pierre Hurmic and other heavyweights in support

Yannick Jadotl himself had to position himself on “radicalism”, believing that it had to be concretely translated into “ecology of government”. The candidate has benefited to support him from many support from environmental heavyweights in recent days, such as the president of the metropolis of Lyon Bruno Bernard, the mayor of Bordeaux Pierre Hurmic or the philosopher Bruno Latour.

But the memory of green voters voting against the favorite (Nicolas Hulot in 2011, Cécile Duflot in 2016) is present in everyone’s mind. “What I’ve seen for two days is a favorite in panic. It uses the vocabulary of Sandrine Rousseau, which is never a good sign, “smiles the former EELV deputy Sergio Coronado, support for” the eco-feminist “.

Sandrine Rousseau organized a “drink” on Friday evening in a bar in La Villette to thank her team, which for the most part did not campaign within EELV and is completely devoted to its cause. Like Aurélie, 42 years old: “This is the first time that I have registered for a primary, I came there through feminism and especially social issues. Sandrine Rousseau represents everything I expected ”. For Julien, 25, she “brings a renewal to politics”. “I support her for the authenticity, the emotion and the energy she has put into this campaign. We can not wait to be on Tuesday evening and see Sandrine Rousseau carried to the presidency ”.