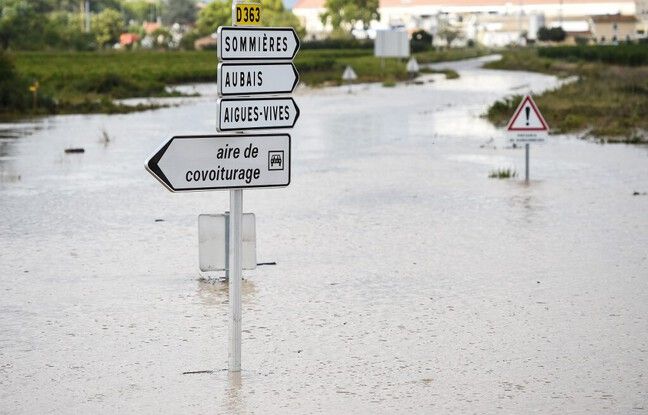 Four departments in the south-east of France were placed, this Saturday, at 10 am, in orange rain flood vigilance: Gard, Hérault, Drôme and Ardèche. Only Gard and Hérault have been classified by Météo-France in orange vigilance for thunderstorms. The weather will be generally disrupted this Saturday over a large part of the country.

From the start of the day this Saturday, the regions close to the ocean will be under numerous cloudy passages. From Aquitaine to Pays-de-la-Loire and to Brittany, showers and thunderstorms will follow one another. Near the Gulf of Lion, early in the morning, sea entrances will reach Languedoc-Roussillon and give initially weak rains. Likewise in eastern Corsica, overcast and rainy weather will set in until evening.

Cloudy and heavy weather from the afternoon

In the rest of Occitania up to the Massif Central, as well as in the Southern Alps, after a few clearings in the early morning, the cloudy passages will prevail and will sometimes be accompanied by downpours or thunder. The autan wind will blow up to 60 to 70 km / h in its area, the southerly wind will be stronger on the Pyrenean ridges. In the rest of the country, the morning will be calm and initially bright, except for the fogs or low clouds near the English Channel and the northern borders.

But in the afternoon, the weather will become increasingly cloudy and muggy over much of the country. On the Pays-de-la-Loire and Brittany, the showers and thunderstorms will continue, while from Normandy and Hauts-de-France to the Grand-Est, the showers will only arrive at the end of afternoon or evening. On the other hand, from Aquitaine and Midi-Pyrénées to the Massif Central, thunderstorms will become frequent and sometimes strong, with a risk of hail. They will extend to the north of Rhône-Alpes and the Jura at the end of the afternoon or evening.

In Languedoc-Roussillon to the foothills of the Massif Central and the Cévennes, there too the rains will become stormy, long-lasting and will give good accumulations locally. The south of PACA and the south of Rhône-Alpes will initially stay away. But the following night the rains and the sometimes strong thunderstorms will settle in Occitania, to the Jura, Rhône-Alpes and PACA. Minimum temperatures will be between 7 and 12 degrees on the northern half, between 11 and 17 degrees in the south, up to 18 to 22 on the beaches of the Mediterranean. The maximum will rise to 20 to 23 degrees near the English Channel and reach 23 to 28 degrees going south, up to 29 or 30 degrees in Provence, 28 to 32 in Corsica.