Evacuation of crack users from Paris to Aubervilliers: “They move things to wash their hands”, deplore local residents 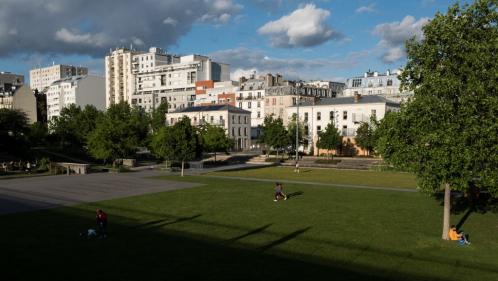 Many residents of the Eole Gardens attended the evacuation on Friday, September 24. For them, it is the end of a nightmare that lasted several months. They describe the dirt, the assaults. “I have two little daughters, one 17 years old, one 21 years old. I haven’t seen them for three months because they no longer want to come here, they are afraid”, confides Giselle who lives rue d’Aubervilliers. She said to herself “enormously” relieved: “Tonight, I invite my friends and we have champagne. Because really, there, we have to celebrate.”

I don’t want to be selfish, I know we’re going to move them to one side and put them on the other. This is not a solution, but we are going to breathe.

Giselle, bordering the gardens of Éole

This resident sums up the situation perfectly: the problem is misplaced, and this is also what deplores the first deputy mayor of Paris, Emmanuel Grégoire who would have preferred that medico-social support be offered to drug addicts. “On the one hand, it is a relief for this district which has suffered too long and we can only rejoice that the residents find a little serenity. But on the other hand, we cannot accept that in another district of Paris, the same open-air consumption scene is setting up, ”he explains.

And yet this is what is happening a little over a kilometer away, in a square behind the ring road. The Paris police prefect indicates that drug users have been evacuated to a “neighborhood without residents in the immediate vicinity”, but the houses are actually only 50 meters away, and the closest are the inhabitants of Aubervilliers. “Hidalgo, Darmanin, Macron, they move things to wash their hands of them, denounces Marie. And in the meantime, it is the residents who suffer. All they will manage to do is bring people back up and the residents will form militias. And there it will end very badly because in Aubervilliers, we do not want any at all. “

The presence of crack users also worries Anthony, who lives in the neighborhood with his wife and son. But this young 28-year-old father refuses to blame them: “They are sick and we transfer them from spot to spot just to shift the problem, when in fact, the concern is to accompany them, to help them.”

Help that drug addicts themselves consider essential and urgent: “Many crackers no longer even have free will”, describes Inas, 24 years old. She has been using the drug since she was 18 and believes that “some should be hospitalized under third. Because when you get to walking barefoot, looking on the ground, talking to yourself, delusional, assaulting a baby, it is that really, you are in dementia. “

I think it is the state that must take care of these people.

But the State and the mayor of Paris have been transferring responsibility for several years. The municipality was notably committed to opening medico-social centers for crack users before the fall but after months of deadlock, the Prime Minister finally gave his agreement only ten days ago. The Paris Police Prefecture also specifies that this displacement of consumers from the Eole Gardens is temporary and indicates that it was decided “pending the concrete establishment of reception rooms by the town hall of Paris.”