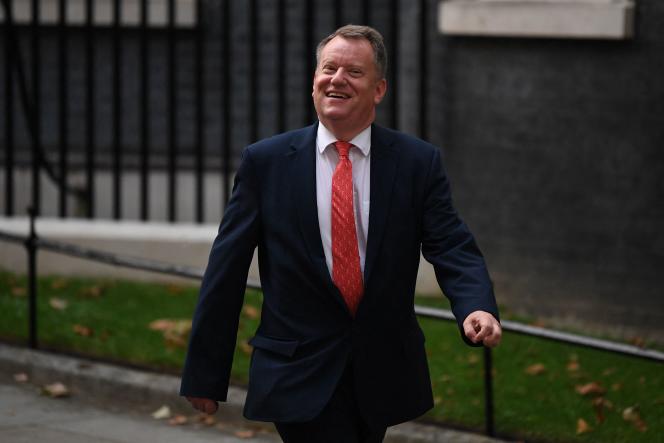 It had been a few weeks since Brussels had not mentioned the risk of a new crisis with the British. But, in this return, the prospect of seeing London activate Article 16 of the Northern Irish Protocol, providing for unilateral measures, no longer seems so theoretical. This move, considered extreme, would lead to a further deterioration of relations between London and the continent.

The “protocol” is that crucial part of the Brexit treaty which defines the dual status of Northern Ireland (the province is still part of the United Kingdom but keeps one foot in the European internal market, for the trade in goods). It contains Article 16, a provision allowing each of the parties, in the event of “serious economic, societal or environmental difficulties likely to persist, or of diverted trade flows”, to take unilateral safeguard measures. Such as the suspension of all or part of the customs controls established by Brexit between Great Britain and Northern Ireland.

David Frost, Minister for Relations with Europe in Boris Johnson’s government, and ex-chief Brexit negotiator, brandishes the threat of Article 16 at regular intervals. On July 21, when Downing Street formally called for a renegotiation of the protocol, he insisted that the conditions for activating Article 16 were in place. During a hearing in the House of Lords on September 14, Mr Frost persisted: the European Union (EU) must agree to renegotiate the protocol and “would make a significant mistake if it thinks that we are not ready to use article 16 ”.

During the Council of Ministers for European Affairs, Tuesday, September 21, “several member states asked the Commission to prepare for all scenarios. We will be, ”said European Commission Vice-President Maros Sefcovic after the meeting. “When it comes to Brexit, the Europeans have moved on. We must be careful not to be guilty of indulgence in letting the British do what they want. We have to re-mobilize the Member States, ”explains Clément Beaune, the French Secretary of State for European Affairs. London’s threats to activate Article 16 scare some countries – like France, whose fishermen are heavily dependent on British waters and where a presidential election is slated for April 2022 – than others.

You have 55.67% of this article to read. The rest is for subscribers only.

There is now an official NOS Youth News coin