Submarine crisis: how the French political class is positioning itself on an exit from NATO 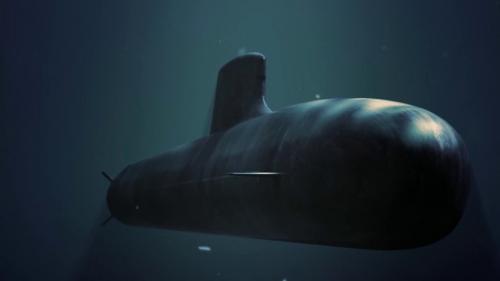 The submarine crisis, caused by the breach of a contract of 56 billion euros promised to France for the benefit of a delivery of American nuclear submarines, is rocking relations between the United States, the Australia and Paris, yet historical allies. What to call into question the place of France in NATO, a strategic military alliance? The question has in any case stirred the French political class since September 16. If Rob Bauer, chairman of the Alliance’s Military Committee, tried to procrastinate by believing that there was no “for the moment” of “impact on cohesion within NATO”, voices s ‘students in France to evoke this scenario. Franceinfo takes stock of the positioning of the French political class.

The government expects the next summit in 2022

Asked about a possible exit from NATO on Tuesday at the National Assembly, Florence Parly preferred to kick in touch. “We are in the process of evaluating our options vis-à-vis our various partners,” replied the Minister of the Armed Forces, referring to the trip to the UN General Assembly in New York by Jean-Yves le Drian, who is trying, according to her, to obtain a “European” response to the diplomatic crisis.

On Saturday, the Minister of Foreign Affairs estimated that the dispute between France and the United States would weigh on the definition of the new strategic concept of the military alliance. “NATO has initiated a reflection, at the request of the President of the Republic, on its fundamentals. At the next NATO summit, in Madrid, there will be the outcome of the new strategic concept. Obviously, what is to come. to happen will have to do with this definition, “he said.

Gabriel Attal, the government spokesperson, also mentioned on the set of BFMTV, Sunday, the 2022 deadline. “This summit will be a moment of truth when things between partners will be said, he said before discussing a possible exit. France has for several years carried the principle of affirmation of European sovereignty. The principle of European strategic autonomy is widely shared among the Twenty-Seven. ”

In 2019, Emmanuel Macron himself used a very harsh formula towards NATO, judging her to be “brain dead”. At the time, the President of the Republic deplored the lack of coordination between the will of the United States of Trump to reduce its share in the budget of the organization and the diplomatic crisis with Turkey, another member country.

From September 12, a few days before the start of the crisis, Marine le Pen had raised the subject during her meeting in Fréjus (Var). She thus demanded the exit from the integrated command of the military alliance “as this structure maintains the bellicose and anachronistic logic of the old blocks of the Cold War.”

A position confirmed on Sunday, on the Europe 1 plateau, by Jordan Bardella, Acting RN President. He even spoke of a complete exit from the Atlantic Alliance. This departure, according to him, would allow “to give back to France the means of its freedom and its independence.”

The president of the Hauts-de-France region and presidential candidate, Xavier Bertrand, was, on Sunday, the guest of the “Grand Jury” on LCI and RTL. He mentioned the idea of ​​an “extraordinary NATO summit” as well as that of a withdrawal of France from the command of the organization. “The question is to know if, for the Americans, we also count, or if we are in the second division”, explained Xavier Bertrand, and “if the answer does not satisfy us, I wish to put on the table the question of the participation of France in the integrated command of NATO “.

“We must ask the Americans the question: where is NATO going? If the answer does not suit us, I would like to put France’s participation in the integrated command on the table”, announces Xavier Bertrand #LeGrandJury pic.twitter.com/Ldz1gFjmjc

Guest by Public Senate the day after Australia’s announcement, the president of the Ile-de-France region, Valérie Pécresse, was also skeptical about France’s retention in the armed command of NATO. The country was reinstated there in 2009, at the request of Nicolas Sarkozy, while she was a member of the government.

“It poses questions to France and Europe: what about NATO? Today we are back in the integrated command of NATO, we are strategic allies of the United States”, recalled the candidate for the Presidency of the Republic. “Does all this still have a meaning today? Aren’t these alliances called into question by this stab in the back? to say to the United States, ‘It can’t be done, we don’t stab an ally, we respect him, we do not put spikes in his wheels.’ If they are our allies, they must not behave like brutal economic adversaries. “

Insubordinate France and the PCF want the departure of NATO

In a press release released on September 15 on the website of La France Insoumise, Jean-Luc Mélenchon also demanded the outright withdrawal of France from the military organization. “It is time to stop deluding yourself, to refuse corporalization, to leave NATO and to expel from France the NATO Center of Excellence for the space that the United States wants to install in Toulouse”, wrote the candidate of La France insoumise.

The United States recovers a mega contract concluded by the #Australia with the #France. Jean-Luc Mélenchon has been saying this for years. We have to leave the #OTAN and get out of our addiction to #USA. #SousMarinshttps://t.co/7Vo5X8DzZM

The PCF, a former ally of LFI in the presidential elections in 2012 and 2017, is on the same wavelength. After the submarine crisis, “we must mark the occasion and leave the integrated command” of NATO, said Fabien Roussel, national secretary of the French Communist Party and presidential candidate, Sunday on franceinfo. This is a “strong signal that France should send back today” to the United States.