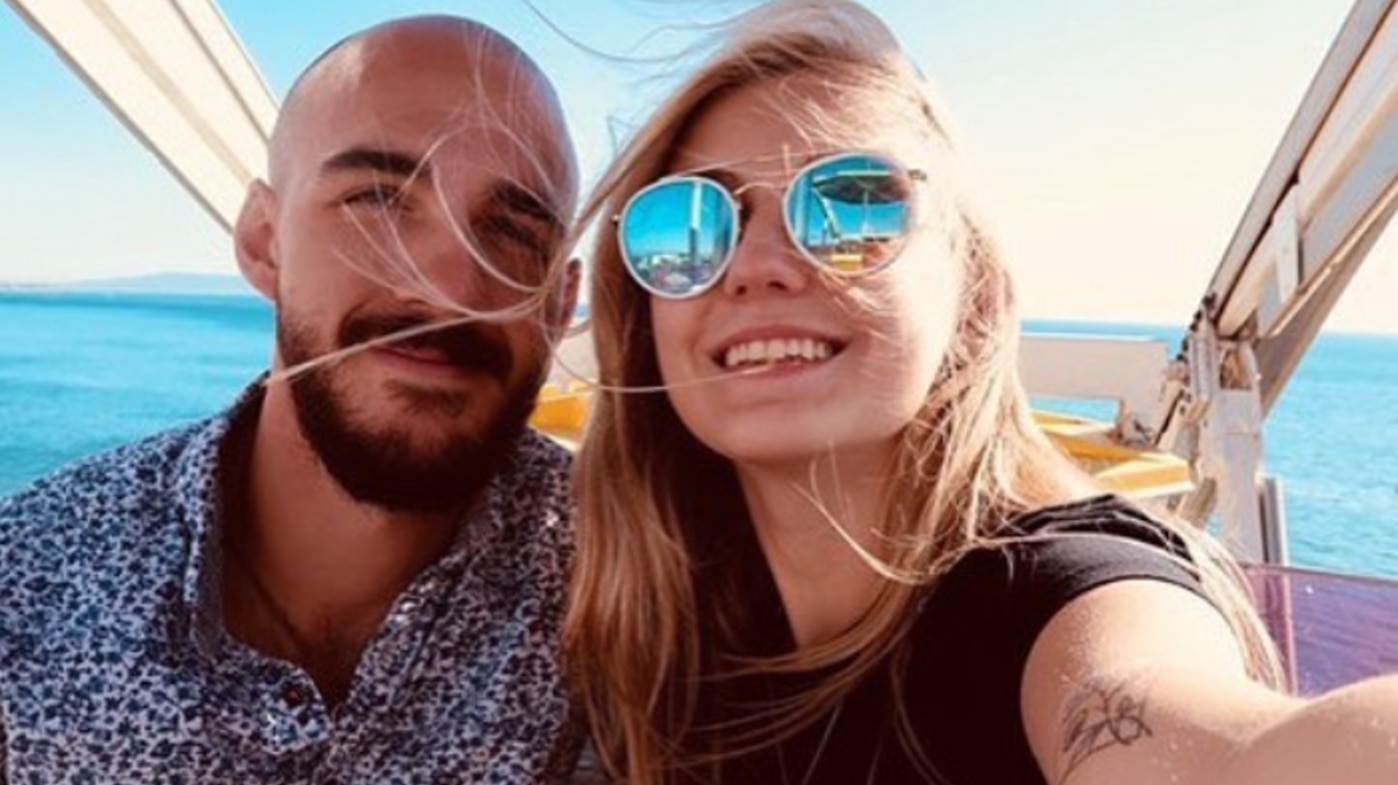 Gabby Petito and Brian Laundrie were a couple and planned to get married, however she was found murdered and he has been on the run since last week Photo: (Instagram Gabby Petito)

This Tuesday the FBI confirmed that the remains found Sunday in a forest in Wyoming on Sunday are those of Gabby Petito, the agency detailed, citing the results of the autopsy. As the days go by, the family and witnesses have revealed details of the relationship of the young people who have known each other since high school and had wedding plans.

Petito was the oldest of six siblings, an aspiring blogger who grew up on Long Island, where she met her fiancé, Brian Laundrie. She actively shared photos of her travels with Laundrie, commenting that converting her Ford Transit van had been “quite an adventure in itself.” She worked hard as a waitress to save money for the trip of her dreams, but sadly they turned into nightmares.

Before sharing his travel experiences, Petito posted a photo of his first date with Laundrie and announced that they were engaged.

“Here’s a photo from our first date because I love you so much Brian. He asked me to marry him and I said yes. You make life feel unreal and every day is a dream of you, ”the young woman wrote on July 2, 2020. 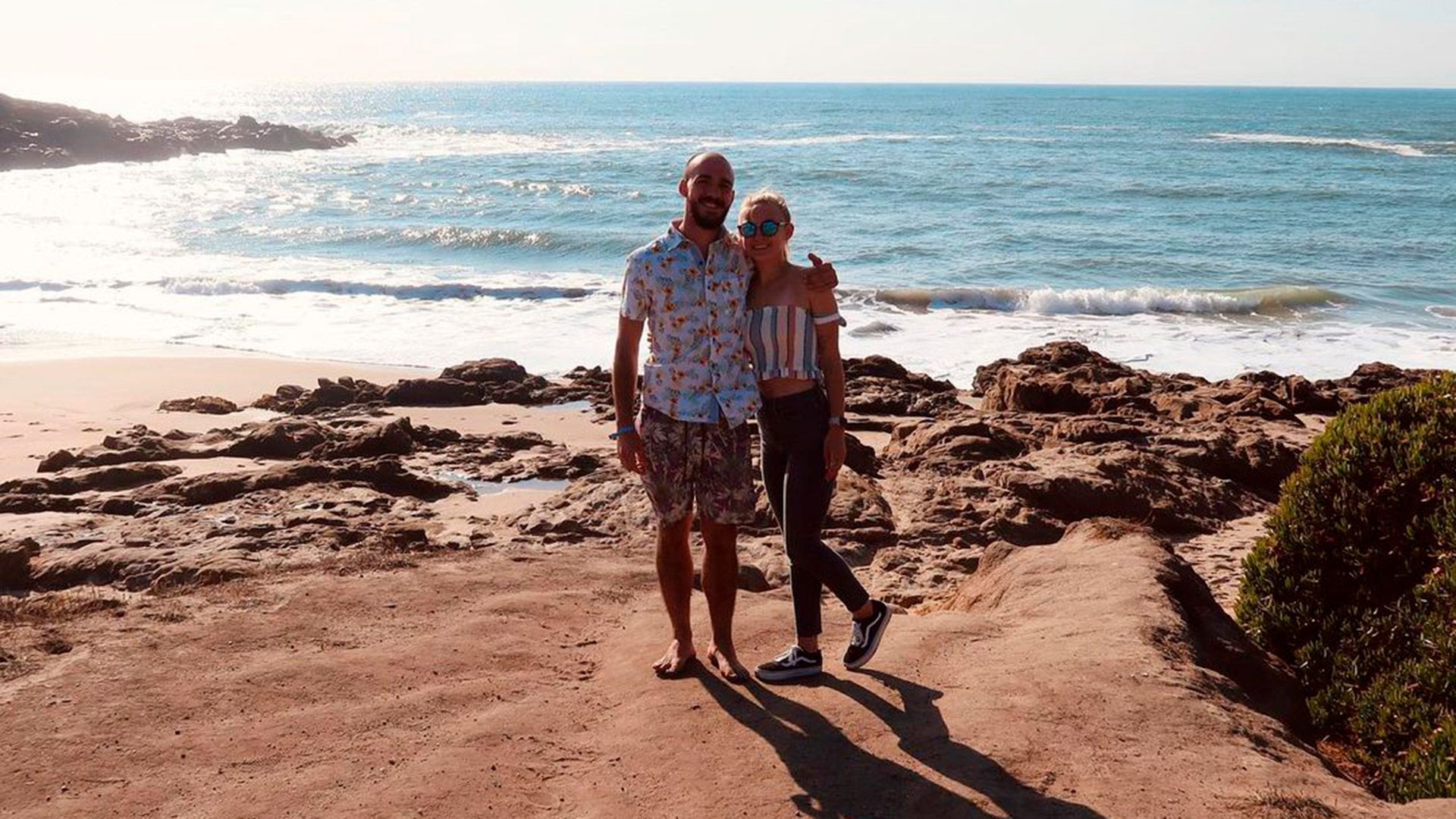 The couple met when they were teenagers in high school Photo: (Instagram Gabby Petito)

“I would die just to see all our repeated memories, I never loved anyone as much as this girl,” Brian Laundrie, who has refused to cooperate with the case, wrote on his own Instagram account and has been on the run for a week that came out. from his parents’ house.

Petito and Laundrie moved to Florida after Long Island, but their disagreements caused them to separate for several periods.

In his social networks Petito, 22, showed the idyllic places where they traveled and the beautiful scenes they shared, but obviously not the bad times that police and witnesses have shared. They had gone to live together but they separated frequently Photo: (Instagram Gabby Petito)

Melissa Hulls, an Arches National Park ranger who responded to the Aug. 12 altercation in Utah between Petito and Laundrie, told Deseret News that he warned Gabby that their relationship had the marks of being “toxic.”

“I asked him if he was happy in his relationship with him, and I basically told him that it was an opportunity to find another way, to make a change in his life,” Hulls said.

“(Gabby) I was very anxious to be away from him, I honestly thought that if something was going to change it would be after they returned to Florida,” he added. Gaby wanted a travel blogger, she worked hard as a waitress and saved for the trip of her dreams, but unfortunately it was her worst nightmare Photo: (Instagram Gabby Petito)

Laundrie later stayed at a hotel that night, while Petito stayed with the truck, according to a police report.

“We thought we were making the right decision when we left them,” Hulls said.

Another event of violence

In another recorded event, a call from a man to 911 reported an incident of domestic abuse involving the young woman and her boyfriend Brian near the entrance to Arches National Park. 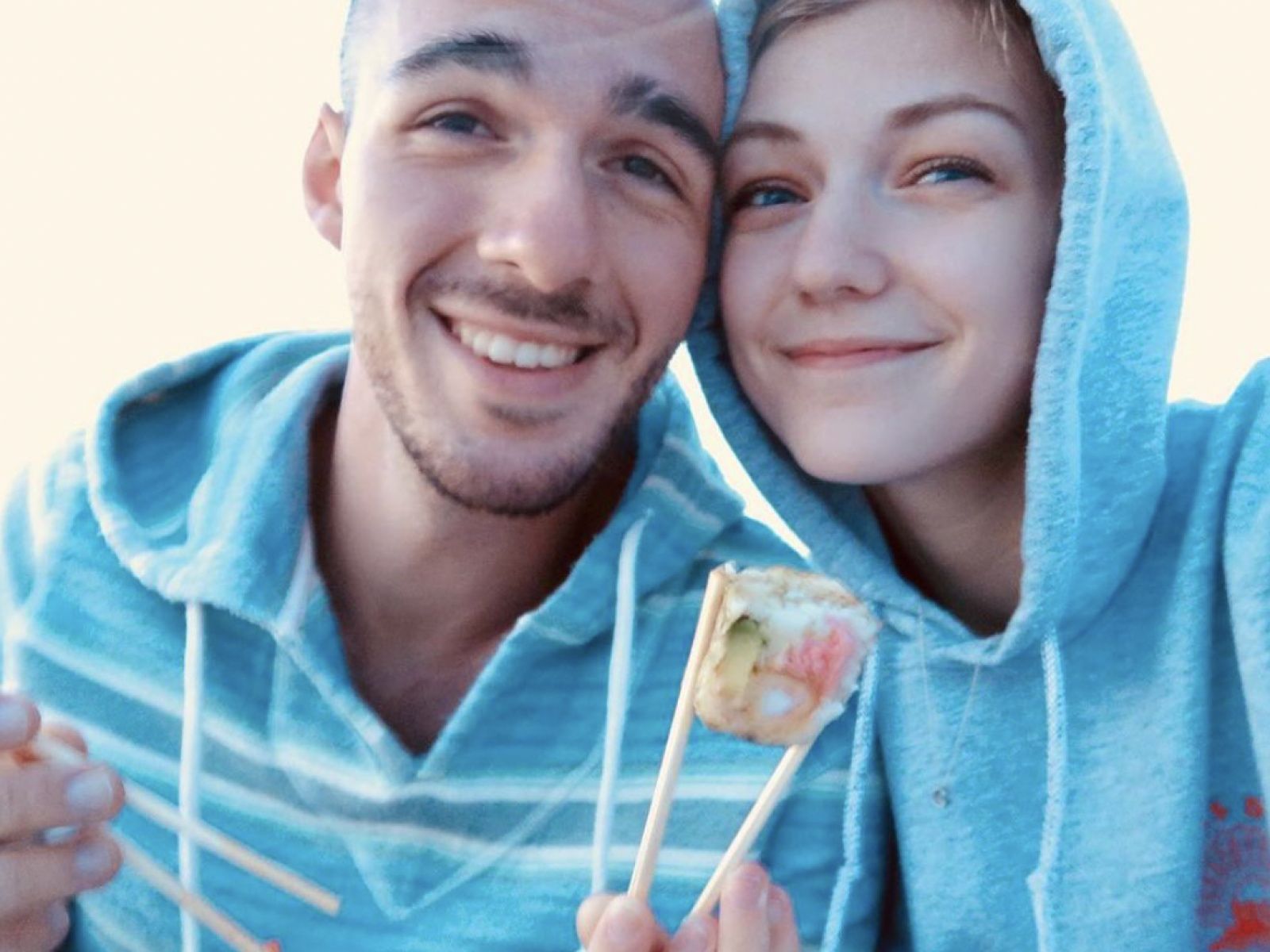 “Here’s a photo from our first date because I love you so much Brian. He asked me to marry him and I said yes. You make life feel unreal and every day is a dream of you, ”the young woman wrote on July 2, 2020 Photo: (Instagram Gabby Petito) (FLORIDA POLICE /)

“I am right at the corner of Main Street next to Moonflower and we are driving and I would like to report a domestic dispute. Florida license plate, white truck. A gentleman slapped a girl. We stopped. They ran down the sidewalk. He proceeded to beat her, got in the car and they drove off. ‘

Gabby’s boyfriend, Brian Laundrie, who has also disappeared and is being wanted by the FBI, allegedly suffered from jealousy and control problems and experienced “episodes” where he would hear voices and be unable to sleep, a friend of Petito’s told Daily Mail.

Rose Davis, 21, of Sarasota, described Laundrie as a “controlling and manipulative” boyfriend, in an incident that stole Petito’s ID so he couldn’t go to bars with her. 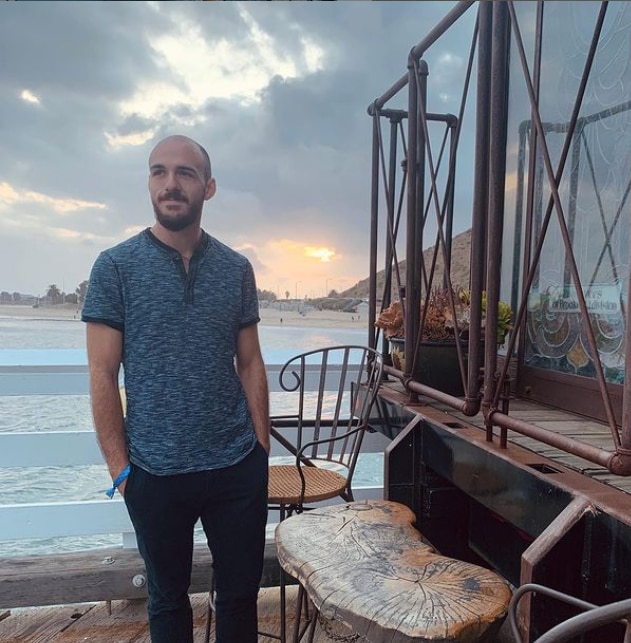 Gabby’s best friend described Brian as “controlling and manipulative”, related that he took away his identification so that he would not accompany him to bars Photo: (Instagram Gabby Petito)

Petito had told Davis about the strange episodes, which sometimes forced Petito to sleep at his house.

“He has these jealousy issues and struggles with what Gabby called these ‘episodes’, where he heard things and heard voices and didn’t sleep,” he told the outlet. Gabby had to stay at my house a lot of times because she just needed a break and didn’t want to go home with him, ”she explained.

Davis said he “used to consider (Laundrie) a friend” after spending time with the couple, however he found Brian to be jealous of their relationship. 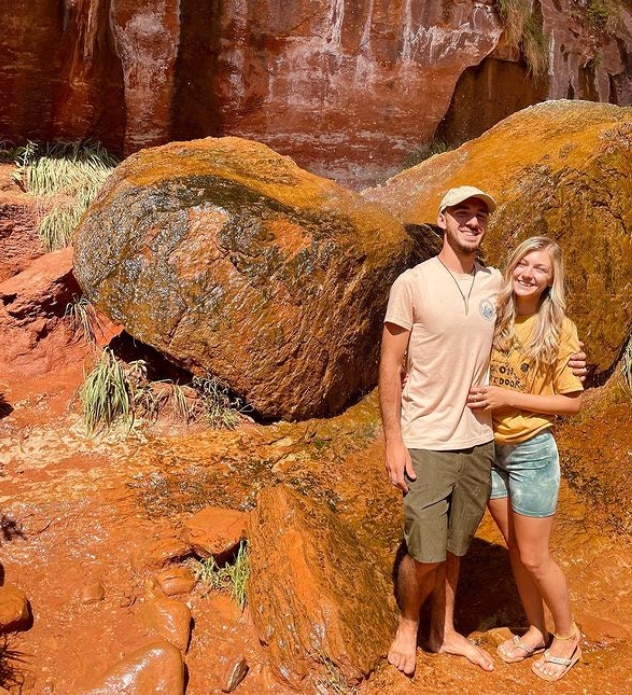 He liked to go barefoot and she described that she loved that detail about him, besides that they loved to travel Photo: (Instagram Gabby Petito)

She said he and Gabby would share locations on their iPhones to stay safe “in case we got lost,” but Laundrie made Petito stop sharing once he found out.

“He had this composure as a sweet, nice and caring boy. But you can tell that it is a bit out of place, a bit weird. For example, he installed our hammocks when we went to the beach, but he did not sit with us, which I found strange, “he narrated.

“Brian has a jealousy problem. I’m her only friend in Florida that I know of and that’s not because she can’t make friends, he just didn’t want her to have friends, ”Davis said. 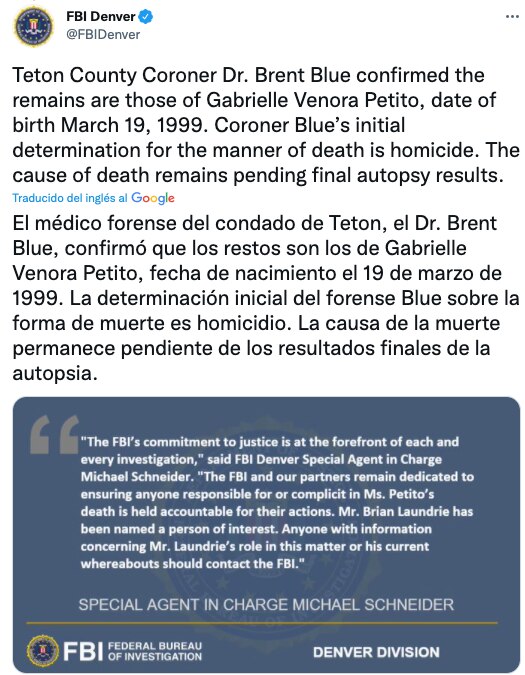 “He was always worried that she would leave him. It was a constant thing to try to make us stop hanging out. Everything she did, I feel like he thought it was wrong, “he said.

Davis told the Daily Mail who had last spoken to Petito in early August, when they planned to meet at Yellowstone National Park in Wyoming for Davis’ birthday on August 29. Davis said she had asked to be absent from work for those days, but never left after hearing from Petito. 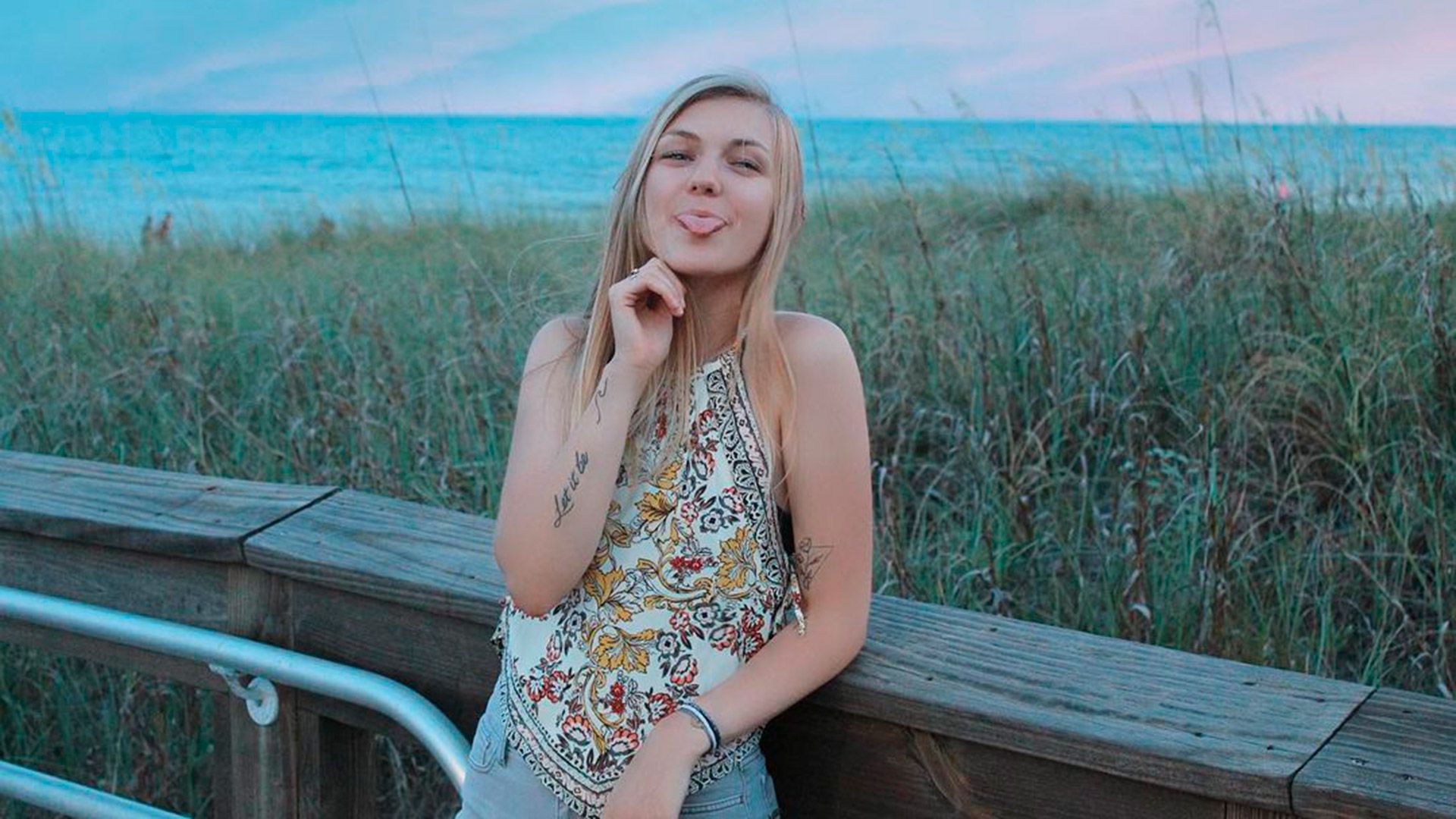 Gabby said she suffers from OCD

After more than a month traveling, they arrived in Utah, where on August 12 they were stopped by an officer on the route for speeding. The police officer’s body camera shows Petito in distress after what had apparently been an altercation with his partner.

“We have been fighting this morning. Some personal problems, ”says the young woman, before adding that she suffers from obsessive-compulsive disorder that affects her behavior.

Laundrie says in the video that the couple got into a small fight that started when he got into the truck with dirty feet and said he did not want to file a domestic violence charge against Petito, who officers decided was the assailant.

In the images Laundrie is seen with scratches on his face and arm, who tells an officer that they were caused when Petito was trying to get his keys from the truck and hit him with his phone. When an officer asks Petito if her boyfriend hit her, she replies “I guess” and points to her chin.

Laundrie admits that he “pushed” her during the altercation. “I am not going to present anything because she is my fiancee and I love her. It was just a fight. I’m sorry it had to become so public, “says Laundrie. In body camera footage shared by the Moab City Police Department, Petito is heard telling an officer: “I just quit my job to travel across the country, and I’m trying to start a blog, a travel blog so I’ve been building my website.

“I’ve been really stressed out, and he doesn’t really think he can do any of that, so that’s been like, it’s like a slump.”

In the end, the Moab, Utah, police decided not to file any charges and instead separated the couple for the night: Laundrie checked into a motel and Petito kept the truck.

“Apparently, this incident was more accurately classified as a mental / emotional health ‘breakdown’ than as a domestic assault,” wrote an agent in the report accessed by the US media. Fox News.

Gabby Petito case: the autopsy confirmed that the body found belongs to the young woman and that she was murdered

The strange last messages from Gabby Petito before her disappearance

Gabby Petito: the police enter the house of the parents of Brian Laundrie, the boyfriend of the missing youtuber

The mother of Gabby Petito, the young woman who disappeared in the United States, pointed out against her daughter’s partner: “She is hiding”

USA: the mysterious disappearance of a young woman who traveled the country in a van with her boyfriend