16 deaths from Covid-19 this Wednesday in New Caledonia, the double of Tuesday 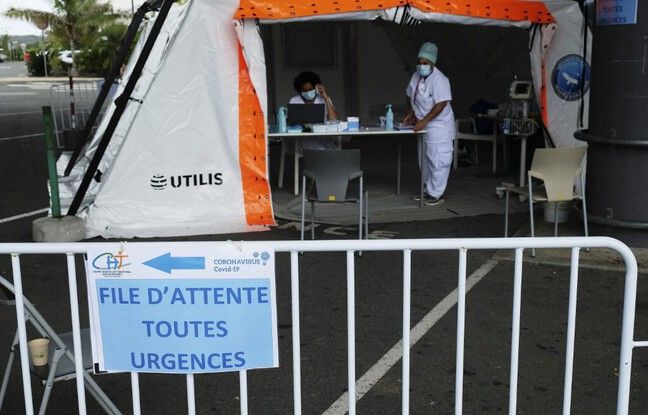 New Caledonia, confronted for the first time with Covid-19, recorded 16 deaths in twenty-four hours, local authorities announced on Wednesday, the heaviest toll since the start of the epidemic in early September. This French territory in the South Pacific “is going through a crisis never seen in its entire history”, alerted Gilbert Tyuienon, one of the spokespersons for the local government. A total of 49 people have died from Covid-19 since the discovery of the first indigenous cases on September 6. Sixteen died on Tuesday, double the number of victims recorded the day before.

Fifty-two people are in intensive care and 323 hospitalized in a Covid unit while the epidemic peak has not been reached, indicates the direction of Health Affairs. According to the local hospital, the country is entering the hardest phase of the epidemic and it could last a long time despite measures taken to break chains of transmission such as containment and the curfew in effect until the 4th. October. Caledonians indeed suffer from many comorbid factors: 67% of adults are obese and the number of diabetics is estimated at 10%.

These health problems mainly concern the Oceanian population, which also displays the most mistrust of vaccination. In a press conference broadcast live on radio and television channels, Vaim’ua Muliava, a member of the government of Wallisian origin, begged his community to get vaccinated as soon as possible: “The hour is serious (…) We beg you. If you do not believe in the political word, believe in the word of the doctor who treats you every day, ”said Vaim’ua Muliava.

During this same press conference, Gilbert Tyuienon asked the Caledonians to become “anti-virus fighters” in this “unprecedented health war”: “The curfew, we have not known it since the Events (1984- 1988), so many deaths, in so few days, we have never known, Caledonians stranded outside, except during the Second World War, either ”, underlined the spokesperson of the government. Flights to New Caledonia have been suspended since March 20, 2020 except for compelling reasons. In addition, 70 members of the health reserve arrived on Tuesday from mainland France to help the medical teams.