Strong commotion in Germany after murder by mask-wearing opponent 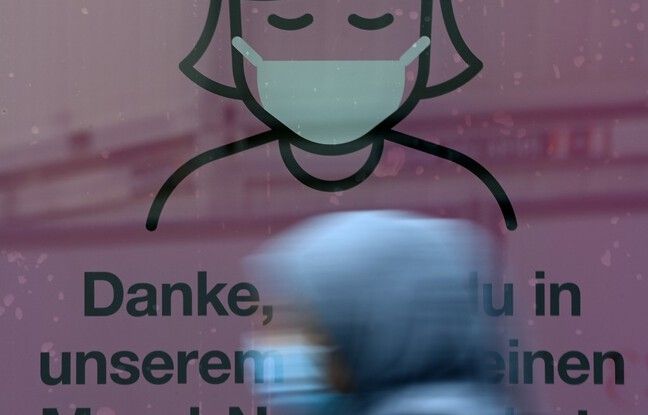 A man shot dead an employee of a gas station on Saturday in Germany after the latter refused to buy beer for not wearing a mask. A murder that caused a stir in the country, where a strong movement opposed to health restrictions is mobilized.

The suspect, a 49-year-old man from Idar-Oberstein (west) currently in pre-trial detention, told police not to respect barrier gestures or health restrictions intended to combat the coronavirus epidemic.

A “growing violation of his rights”

The case dates back to Saturday when a gas station employee, a 20-year-old student, refused to cash a customer who wanted to buy a pack of beers because the latter was not wearing a mask. The 49-year-old left, leaving his beers behind. He returned an hour and a half later, this time wearing a mask but removed it as he walked past the counter to elicit a reaction from the cashier. After being ordered to wear his mask correctly again, the client pulled a gun from his pocket and shot the student, who died instantly, police said.

The suspect reported to the local police station the next day. The accused told police that he felt “cornered” by the measures relating to the Covid-19 pandemic which he perceived as a “growing violation of his rights” and that he had seen “no other way out, ”prosecutor Kai Fuhrmann said on Monday. Investigators then searched his apartment in which they found the murder weapon as well as other firearms and ammunition. Since Saturday, several residents have placed flowers and candles in front of the gas station.

Foreign Minister Heiko Maas questioned on Twitter the self-proclaimed movement of “Free Thinkers” (Querdenker), a movement radically opposed to health restrictions. “Free thinkers are celebrating the act on the Internet. The hatred and harassment of these incorrigible people is dividing our community and killing people. They have no place in our society, ”the minister accused.

However, the police did not say whether the author of the shots considered himself to be a member of this movement. This brings together members of the far left, followers of conspiracy theories, detractors of vaccination as well as supporters of the far right. Since the start of the pandemic, they have regularly organized demonstrations across Germany that have brought together tens of thousands of people, several of whom have degenerated into violence.