Children are already the group in which the coronavirus spreads the most, which continues to decline in all ages 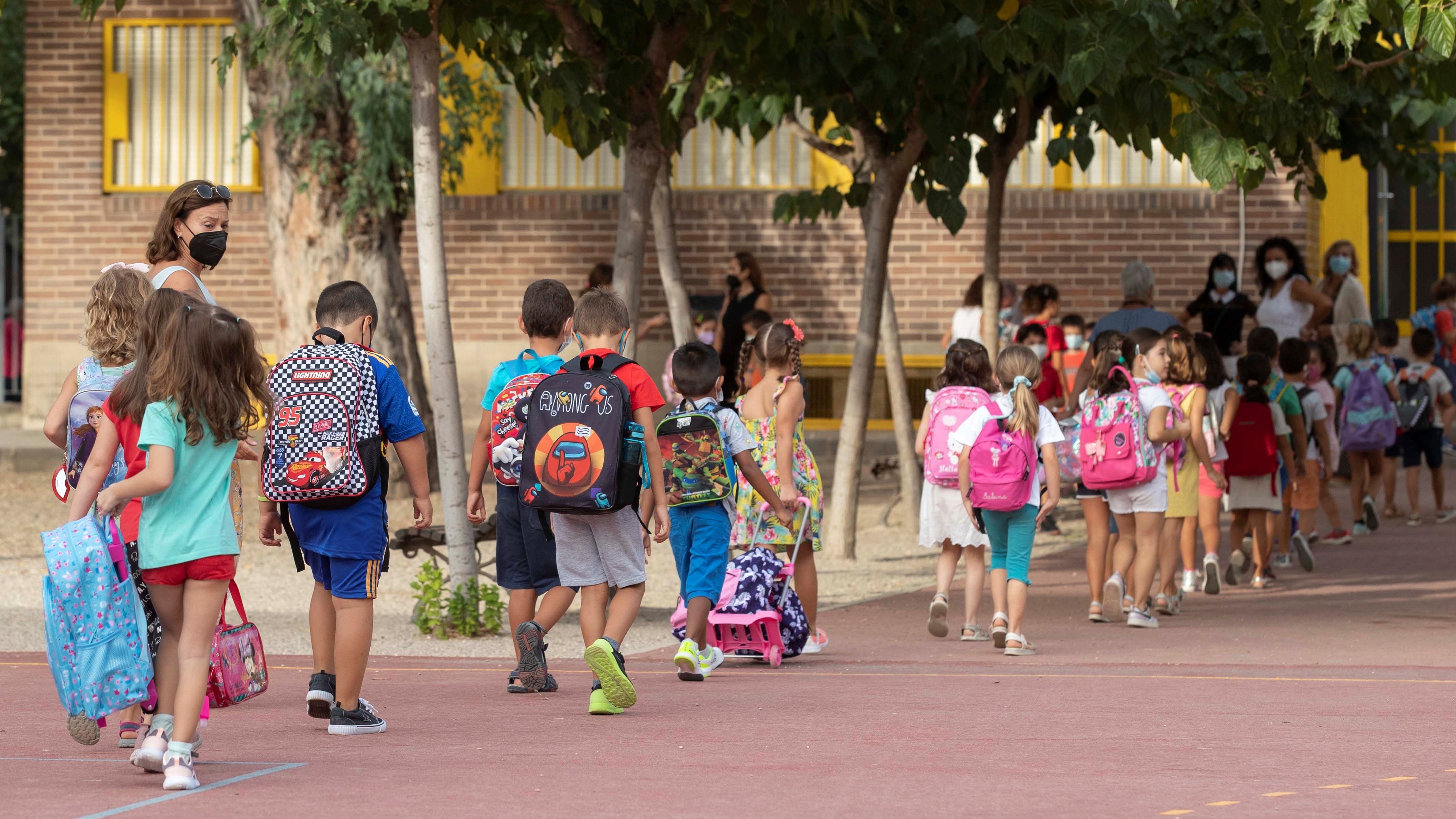 Viruses circulate among the population in a similar way to lava on a hillside: it is looking for the most favorable paths to follow its path, those where it has the least obstacles to spread. Children under 12 years of age, the only ones without vaccination, have become the group through which the coronavirus circulates the most, the spread of which continues to decline in all age groups, including this one. The cumulative incidence among the smallest was this Monday of 123.3 cases per 100,000 people in the previous 14 days, while the average for the entire population stood at 83.4 cases.

Schools cannot be blamed for this lower decrease in incidence, the pediatricians and epidemiologists consulted insist, since since the incorporation into the classrooms there has hardly been time for the infections that occur in them to be transferred to the schools. statistics. All point out that the most probable reason for accumulating the higher incidence is that they are the only group that has not yet been vaccinated. For children under 12 years there is currently no approved drug, although the pharmaceutical company Pfizer announced this Monday that trials show that its formulation for children between 5 and 12 works just as well as at older ages. The study to prove this claim has not yet been published, which will need to be reviewed by regulatory agencies (first the US, then the European) before official approval.

Federico Martinón, head of the Pediatrics Service of the Hospital Clínico Universitario de Santiago and advisor on vaccines of the World Health Organization, explains that there may be various circumstances that lead to children being now the group that registers the most infections. “It is difficult to interpret it. It does not surprise me that there are more infections in the unvaccinated, and more in summer, where there was a large circulation of the coronavirus and children were infected at home coinciding with the relaxation of the rules in their immediate environment, probably infected by their parents, “he says. .

With the return to the classroom, the protocol indicates that any child with respiratory symptoms is tested for the coronavirus. “We may be diagnosing a lot of covid because we are actively looking for them. I would not blame the schools for anything, especially not so soon. On the contrary, if it works like last year, we will have a reduction in that group of SARS-CoV-2 and other seasonal infections ”, adds Martinón.

Quique Bassat, epidemiologist of the Spanish Society of Pediatrics, believes that it is “to be expected” that the virus circulates among children because it is the only unvaccinated group. “I am following cases in schools and there is not a large number reported although there is only one week of activity,” he assures. Francisco Álvarez, an expert in vaccines from this same society, indicates that this greater circulation among children was also seen this summer in the United States, with the exception that in this country vaccination rates are lower in other age groups. Álvarez confesses that it is not known exactly how the virus will affect childhood in the coming weeks.

Despite the return to activity in September, the contagion curve continues to fall at all ages. It does so in children, a little more slowly, and somewhat more pronounced among those groups that starred in the majority of infections during the summer: adolescents and young people. In general terms, the incidence is lower as age advances: among twentysomethings it is 87.7; in thirties at 87.1; in forty-something at 82.6; it drops to 66.1 among people between 50 and 59; the sixties mark 63.6 and the septuagenarians, 63.7. In those over 80, the figure is slightly higher, at 89.1 cases per 100,000 inhabitants.

Experts are watching for the trend of the curve to change in what could be the beginning of a sixth wave, but they almost unanimously agree that it will no longer be like the previous ones. With the vast majority of the vaccinated population (75.9% on Monday) it is more complicated that healthcare pressure is compromised by covid cases. Already in the fifth wave, which started with only a third of the Spaniards with the complete guideline, most of the hospitals were able to continue with their routine activity and the lethality of the virus was seven times lower than in the rest of the pandemic. It is expected that in future spikes in infections, these figures will improve.

Closer to a childhood vaccine

Pfizer’s announcement of good results for its childhood vaccine brings the possibility of inoculating children as well. Although at the moment it is a mere statement that has to be reviewed by the agencies, so far they have ratified all the announcements that the pharmaceutical company has made in relation to vaccines against covid. The foreseeable scenario is that between the end of October and the beginning of November the US and European authorities give the go-ahead to the drug.

This does not mean that children will automatically receive the injection. In the case of Spain, the Government will be attentive to what the European Medicines Agency dictates. When approved, the Vaccine Report, a group of experts that advises the Interterritorial Council of the National Health System, will have to rule on whether or not to recommend puncturing children. In them, the risk of becoming seriously ill or dying is extremely low, so the benefits of a vaccine are not as clear as for adults.

Since the pandemic began in Spain, 3,259 children under the age of 10 have been hospitalized, one in every thousand diagnosed; 170 have undergone intensive care and 16 have died from the coronavirus, according to the latest data from the Carlos III Health Institute.