The kingdom of vows 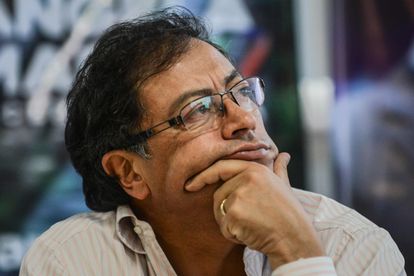 The country of the Sacred Heart of Jesus. This is how Colombia was consecrated since the end of the Thousand Day War (1902) to seek peace between liberals and conservatives, who nevertheless remained in such a bloody war that they ended up sowing the seeds of the conflict from which we have not yet emerged. It was until 1991 when the new Constitution made us a secular state. Since then we have freedom of thought and worship, and in that scenario, in that of those who embrace the Virgin, in that of those who declare themselves Christians or Jews, among those who are not religious and confess atheists or agnostics, a political-religious debate.

The role of religion in the 2022 presidential elections has been left on the table in a country in which more than 78% declare themselves Catholic or Christian, of which it is estimated there are more than 10 million. Countless studies suggest that voters prefer candidates with religious beliefs. In the United States, a Pew Research poll found that 51% considered it unlikely to vote for an atheist candidate. The figure was highest in 2007, when it reached 60%. In Colombia, a survey by the National Consulting Center says that 57% do not care about religious belief; 38% would vote for a believing candidate and only 1% for an atheist.

This anticipated debate has come from the hand of the left, contrary to what happens in the vast majority of Latin American countries where it is the right that feed their electoral flow with religion. As in Brazil with the key Edir Macedo, founder of the Universal Church of the Kingdom of God, or the former president of Bolivia Jeanine Áñez and her “bible returns to the Palace”, from which he went straight to jail. It is not a minor issue. It is enough to watch the television series The Kingdom on Netflix to understand the dangerous path that is traveled in that mixture of politics and religion that is not discussed in depth as it should.

In Colombia the churches have played decisive roles, in the plebiscite of the peace process supporting the Democratic Center, in multiple political campaigns they have been decisive. And now Gustavo Petro is pulling the cross from his sleeve for purely electoral purposes. He recently said that he was not an atheist and that he has his beliefs. “Those who have made a pact with the devil are those who rule us,” he pointed out and stated that he seeks a pact with the Jesus who prefers the poor.

It occurs at a time when a Christian movement led by Alfredo Saade and his 400 churches arrives at his campaign, but mainly to leave Alejandro Gaviria, who has declared himself atheist, the burden in front of the voters. Petro preferred the incoherence of his progressive ideas to the ultra-conservative positions of his new allies. At the same time that he goes ahead to take away religious vows from the right.

Petro now feels like the Jesus of the poor, while Alejandro Gaviria invites us not to create conflicts with our beliefs. “Humanity unites us. I am not a Catholic, but I follow love of neighbor ”, he said. A few days ago Pope Francis addressed the issue of religion and politics when he said that the cross should not be used as a political symbol. He said it from Slovakia, where there is a far-right formation that calls itself Christian and is against the immigration of Muslim refugees. The inconsistencies of the religious when it comes to humanity and equality.

Although Alejandro Gaviria has set an example of tolerance in this debate, explaining his spirituality, Colombia has had few cases of candidates in the same position: Carlos Gaviria in 2006 and Humberto de la Calle in 2018. The way to campaign politically from that position is for being inaugurated for the benefit of a citizenry that must understand that the principles that govern human conduct are based beyond religion, on ethics not supported by divinity. Honesty, autonomy, compassion, tolerance are related to education, to reason.

The churches of the world are at the service of politicians and not of the faithful, whom they turn into voters on duty with the promise of filling the pockets of those who have already taken their tithe. Angry voices come out of the temples to fill the public and virtual squares against the most important rights, going to the story of God and the devil to deny abortion and diversity and so many discussions that we should worry about without the threats of the flames of the hell.

I have faith that this is the opportunity to open a dialogue between believers and non-believers, that in our quest to transcend we talk about philosophy. The occasional reading of Adela Cortina, Habermas, Sartre, would do a lot of good to a society that is seeking votes in the churches to sell the idea that morality is not possible without pastors.

A tightrope walker connects the Eiffel Tower to the Chaillot theater

Manzur expressed “enthusiasm” for his incorporation into the Cabinet and spoke of the elections: “It will be reversed”

Manzur expressed "enthusiasm" for his incorporation into the Cabinet and spoke of the elections: "It will be reversed"