The followers of the television drama Grey’s Anatomy lived one of the most difficult moments of the series in 2015. The departure of Patrick Dempsey and the death of his character, Derek Shepherd, became one of the most tragic of its cast. The reason for his departure was a mystery until, six years later, Dempsey reported in the British newspaper The Independent that it was due to the toxic environment that was breathed behind the cameras. Now Lynette Rice’s new unauthorized book, How to Save a Life: The Inside Story of Grey’s Anatomy, sheds light on the real reasons Dempsey left the series.

The book details the alleged differences between Dempsey and the show’s creator, Shonda Rhimes. In an excerpt published by the film magazine The Hollywood Reporter, it is claimed that the American “terrorized the team.” In more than 80 interviews with current and former cast members, Rice explores the show’s early days and recounts some of the most eye-catching behind-the-scenes stories, offering exclusive details.

According to the show’s executive producer, James Parriott, who oversaw the actor’s departure, Dempsey had problems with the Human Resources department. “It wasn’t sexual or anything like that. But basically he terrified others. Some of the cast members had post-traumatic stress syndrome because of him, ”he assured. “He had the power and he knew he could stop production whenever he wanted and scare people. People from the chain and the studio came and talked to him. I think he was just fed up with the show. He didn’t like having to come to work every day. He and Shonda were attacking each other all the time, ”added Parriott.

The producer of Grey’s Anatomy, Jeannine Renshaw, has also broken her silence: “Many of the complaints were about him. I think Shonda finally witnessed it on her own skin, and it was the last straw. Shonda ended by saying that if he didn’t leave, she would do it herself. Nobody wanted him to leave, because he was the series ”. In his statements he also commented that, despite everything, Dempsey had always been “a sweetheart” before the relationship between workers exploded. “This industry destroys you,” lamented the producer. 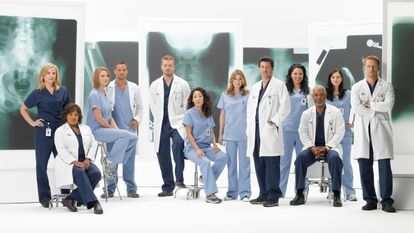 However, not everything that surrounds the actor is critical. The actress Brooke Smith, one of her partners in the series who played the surgeon Erica Hahn, has assured that Dempsey defended her when they told her that she would no longer participate in the series as of 2008. “I remember that I called him telling him that They couldn’t write anything else for me, and I was leaving. He couldn’t believe it, ”Smith said. The production team of the series prepared a statement to announce her departure, but she never read it. “Patrick took it out of my jacket on the Ellen DeGeneres show and read it for me. I will never forget. He defended me ”, he asserted.

Other colleagues agree that Dempsey was very attentive to them, but it was not enough to prevent his exit from the series. Derek Shepherd’s ending could be seen on the small screen in episode 21 of season 11, called “How to sabe a life” (“How to save a Life”), As well as the main song with which each chapter of the series begins. A moment that became one of the most memorable of Grey’s Anatomy, a series that began in 2005 and has renewed its last season for 2022. According to screenwriter Krista Vernoff, the drama is planned to reach 400 episodes and its spin-off, the Serie Station 19, keep going.