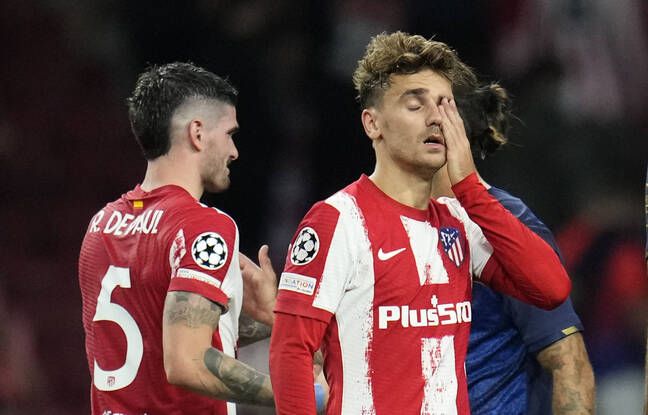 Of course, there was also some applause. Substitute at the kick-off, Antoine Griezmann was however mainly whistled by a good part of the public of Wanda-Metropolitano Tuesday evening, when he came into play in place of Joao Felix, in the 56th minute of the duel between Atlético Madrid and FC Porto (0-0). This start of the Champions League campaign marked Grizou’s big comeback in front of fans who venerated him before living very badly on his departure to Barça in 2019.

Three days after a very average match in La Liga on the lawn of Espanyol Barcelona (1-2), the French international did not shine too much against the Portuguese team. After a few frankly sluggish minutes and marked by several errors, the ghost is still revving up.

In the position of playmaker, he helped bring the Colchoneros out of their torpor and caused the expulsion of Congolese defender Chancel Mbemba (90th + 5), who mowed him down as he scooted on goal.

” They [les supporteurs] make a whole scandal of a situation which is summed up in the fact of having recovered an extraordinary player like Griezmann, released Diego Simeone after the match. I hope it gets better and better, and that he can respond to all the people who criticize him right now. He has a big challenge in front of him. “

In addition to the disappointing result, the volcanic coach of Atlético recorded another bad news on Tuesday: the injury of Thomas Lemar – author of an excellent start to the season – released in the 36th minute because of “muscle pain” according to the club.

Pakistani blogger accuses his country of wanting him eliminated