“We attacked France, there was nothing personal”, according to Abdeslam 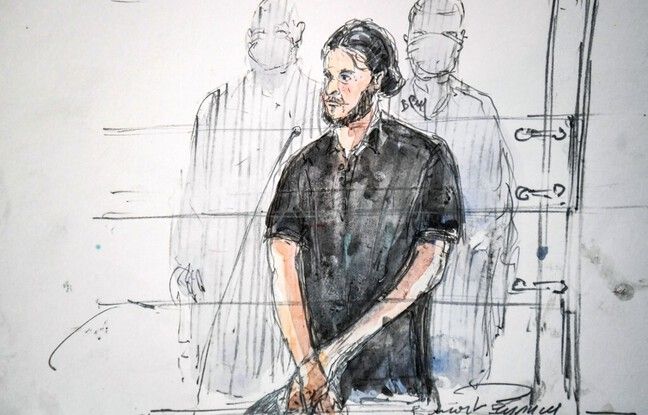 “We attacked France, targeted the population, civilians, but there was nothing personal,” said Salah Abdeslam, the main accused in the trial of the attacks of November 13, 2015, at the opening of the hearing on November 13, 2015. trial, this Tuesday in Paris.

“The goal is not to stir the knife in the wound but to be sincere,” he added in a calm tone, assuring that the attacks were a response to “French bombing of the Islamic State” in Syria and Iraq.

“This is authentic Islam”

The president of the special assize court gave the floor to each of the 14 defendants present so that they could make a “spontaneous statement”, “succinct”, on the charges against them. A leaden silence reigned in the great courtroom as the accused spoke in turn at the microphone. Salah Abdeslam, the only surviving member of the commandos which left 130 dead and hundreds wounded in Saint-Denis and Paris, spoke last. ” Hello everyone. What to start with ? He said, in a calm voice contrasting with his outbursts in the first few days of the hearing.

Black mask lowered over his trimmed beard, dark T-shirt and dark fleece jacket on his back, Salah Abdeslam spoke for about five minutes, to affirm that the “terrorists, jihadists, radicalized” to whom we could refer during the ‘audience were in fact “Muslims”. “This is authentic Islam,” he argued.

“The goal is not to hurt”

“The minimum is to tell the truth, it is often said that I am provocative, but it is not true, I want to be sincere”, also declared Salah Abdeslam, who is 32 years old this Wednesday, assuring that ” the goal is not to hurt ”. On the benches of the civil parties, some began to cry, others supported each other, others still remained prostrate, seeming to accuse the blow.

In Sweden, the Chinese ambassador leaves in a climate of tension

Huub van der Lubbe: "De Dijk may not be as close as Golden Earring"

Initiative of 13 states for a European Defense

Philippe Breton: “The word must help us to reduce violence between us”

Five people in custody for a planned neo-Nazi attack