The “best mayor in the world” is in Grigny 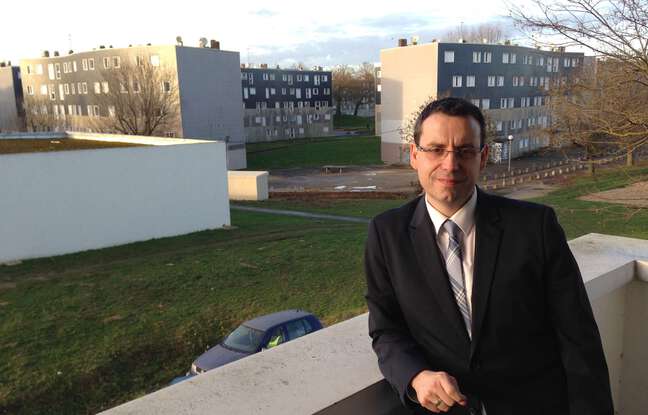 You do not know his name, but yet the Ile-de-France councilor is a champion. The mayor of Grigny, a working-class city of Essonne has just won the title of “best mayor in the world”. He was elected tied with Ahmed Aboutaleb, his counterpart from Rotterdam, the Netherlands, by
la City Mayors Foundation. Its jury recognized its “positive but pragmatic vision in its fight against poverty and social exclusion”.

Philippe Rio returns for 20 Minutes on this astonishing reward. The mayor of the city recognized as the poorest in France, according to a recent report by
Observatory of inequalities, wishes to highlight the action of its municipal team and the fighting spirit of its fellow citizens.

What does this award mean to you as mayor?

My first reaction, beyond the surprise of the price, is that I thought of the inhabitants. We tend to have a negative image, or even suffer from media mistreatment… That is to say, we only come to see us when there are problems. But there, they come to see us [aussi] because we are combative and we seek solutions for human dignity, which is the heart of our commitment.

In the current context, a new year in the fight against Covid, does this price have a particular meaning?

Yes, beyond personal satisfaction… I don’t consider a mayor to be a superhero. I am the “best mayor in the world” because I have the best team in the world. Politics, in fact, is not an individual sport, it is a team sport.

There are associations that do remarkable things, municipal agents as well. I remembered right away [au moment de l’annonce du prix] people, meetings, citizen mobilizations and the public service to face the Covid. There was a boost to poverty during the first lockdown. And so, I remember all these moments of solidarity, of commitment. We brought 500 food packages a day. The food crisis in the suburban territories was terrible and very rapid. There is a solidarity that has been set in motion, with, for example, the distribution of 133,000 masks. We did our job, we were inspired by what was done elsewhere. It awakens all that, that price. We are a small town in France, but we know how to be united and responsive.

What does that represent for Grigny, whose label of the poorest city in France sticks to the skin?

There is a paradox between being the “best mayor in the world” and vice versa [avoir] the most difficult and complicated city. Indeed, for 15 years we had a budget deficit. A recent study shows that 50% of people live below the poverty line. At first, we scratched our heads, we said to ourselves but what is this delirium! And then in fact, the axis of the prize is to reward those who fight against the health consequences, but also social of the Covid, so yes that is our path. We want to fight poverty and we want better education for children. It is the heart of our municipal policy.

How do you perceive the media interest around this award?

It is a recognition of course! That’s what happens, because we tell ourselves that we are proud to be Grignois. This is a first, it comes from the international market and we had rather nice media coverage. We are recognized: “Yes, you may be poor, but you are struggling to get out of poverty. Well that resonates with the inhabitants of Grigny. We will take advantage of it. After the day-to-day it is hard. Life is not going to change overnight. We are all aware of it. But there is a media window, we are going to take it. I think we have gained respect, which is important for people. That’s what I remember. Because we are forgotten territories, we suffer from mistreatment, we are often the scapegoat for the Republic, these suburban territories. When do we talk about good in us? Never !

You want Grigny “ or a national laboratory for the fight against poverty ”, what does this mean in concrete terms?

We are a laboratory for the fight against poverty, we have been affirming this since last December 18 when we submitted our 21 solutions to the Minister of the City. I affirm it: Yes we have poverty. Yes, we have an illness. We must fight it. I’m not ashamed to say it. There are things that are already being done, such as breakfasts in schools. We finally managed, after two years, to obtain funding for an ultrasound machine, so we have gynecologists who will come to Grigny, it has started… There was no gynecologist. Our poverty plan is very practical.

In the lever of this reward, we take advantage of this window which is offered to us to say, here is the presidential debate it will be done with the suburbs. And more broadly fragile territories. We cannot leave 15 million of our fellow citizens in the suburbs, overseas departments and territories, rural areas and reconversion basins to abandon… Our country is today socially weakened so in the presidential debate we must talk about this issue . And we will make proposals.

Government partners and citizens urge the PSOE to regularize cannabis use

Flashing cameras and an integral TV broadcast: Louis van Gaal is a Telstar trainer for a while