Pope’s journey: Francis’s messages to all of Europe 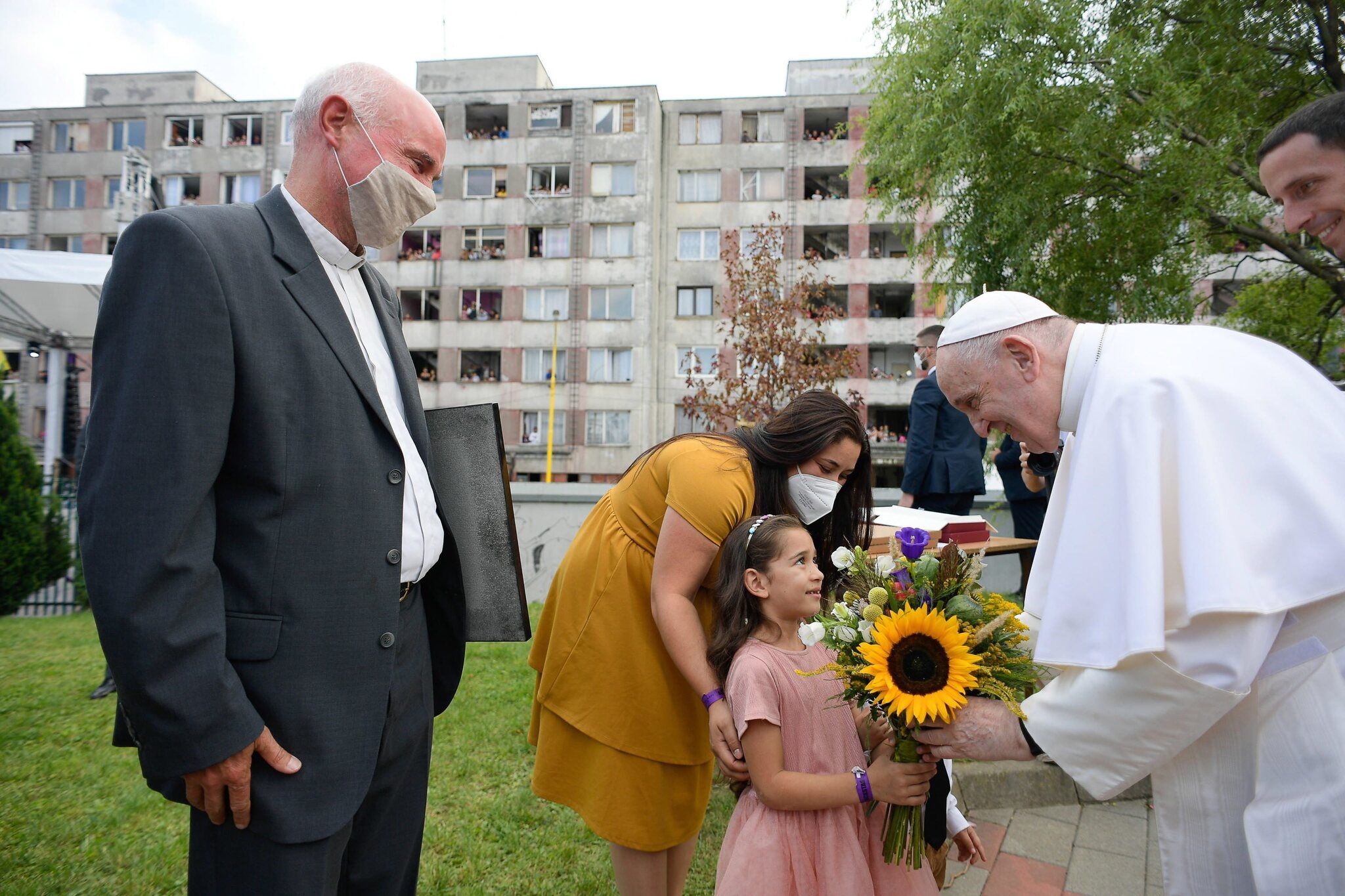 What then did the Pope do in Central Europe? To those who were asking themselves this question a few days ago, François gave a clear answer. In four days, from September 12 to 15, the Pope actually spoke to Europe, from his geographic heart.

This was particularly the case in Slovakia: in Bratislava, Bresov and Kosice, he repeatedly presented the country, separated 20 years ago from its Czech neighbor, like a bridge between the Latins and the Orientals, but also as a country where different communities coexist. Thus, it is from here that he urged the different communities (Jews and Catholics, Latin and Orientals, Catholics and Orthodox) to collaborate in the name of a common fraternity.

Convinced for years that it is necessary to address the center from the “peripheries”, it is therefore in Slovakia that Francis spoke to old Europe, speaking from Bratislava to the Catholics of these dechristianized countries. An essential message in the eyes of the Pope, who sees the Church of Europe, as reported by one of his relatives, as a set of hierarchical structures sometimes lacking in daring.

As he has done since the beginning of his pontificate, he continued to decline the theme of the Church similar to a field hospital, asserting, this time, that the latter should be neither “a fortress” nor “a castle. located in height that would look at the world from a distance ”.

During these four days, Francis never ceased to speak of freedom and roots, like two poles that should hold up the Slovak and Hungarian Christians, and beyond, the Catholics who listened to him. In Budapest, in front of Prime Minister Viktor Orban, he called on Hungarian Catholics to cultivate their faith, while accepting to be jostled by the Gospel. “Keep the roots strong, but without compartmentalization”, summed up the Pope. Without ever referring to migrants, a subject on which the Hungarian Prime Minister and the Pope cultivate radically opposed positions.

In fact, Francis developed before the Hungarian bishops, it is a question of being “builders of hope”, rather than seeking to master all the dimensions of each person’s life. “If we watch all the time how a plant grows, we kill it,” he said the next day in front of Slovak Catholic officials. Encouragement to pastoral “creativity” and “inventiveness” that Francis will also have the opportunity to hammer home on his return to Rome, as the opening of a Synod on Synodality looms, during which he wishes shake up the Church’s decision-making circuits.

As often, Francis encouraged the faithful to prefer a form of discomfort linked to the inventiveness and freedom arising from faith, rather than the security of structures. It is in the name of this freedom, which is for the Pope a direct consequence of the message of the Gospel, that he called on Catholics, in the middle of the Roma district of Kosice, in eastern Slovakia, to go beyond their prejudices. A message that goes far beyond the Catholics of Central Europe alone.

Villeneuve’s ‘Dune’ Is An Elegant Blockbuster About Colonialism And Jihad