Gymnast Biles about abuse Nassar: ‘I don’t want others to experience this’ 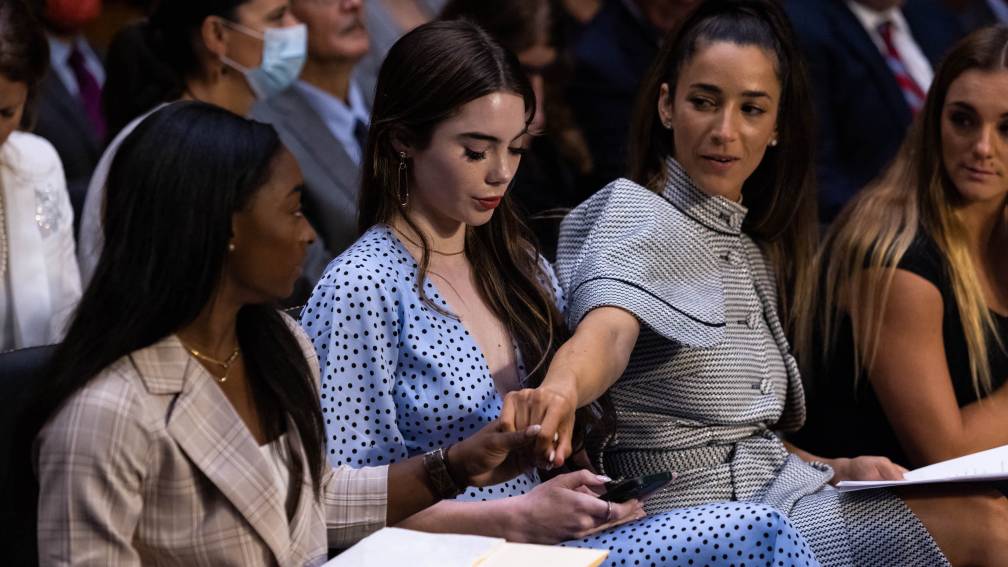 Maroney confirmed the allegations of four-time Olympic champion Biles. “Not only did the FBI ignore the abuse for months, they falsified my testimony,” said Maroney, herself a two-time jump world champion. Despite their testimonies, the gymnasts accuse the police for not having intervened in time, which allowed the abuse to continue longer.

FBI Director Chris Wray apologized for the police action. He also said the agents involved in the investigation into the abuse no longer work for the FBI.

Last July, a damning report was released by Justice Department Inspector Horowitz. It said the FBI agency in Indianapolis “has not responded with the utmost seriousness and urgency to the allegations against Nassar.” Numerous errors, the report concluded, allowed the sexually transgressive behavior to continue for months.

Nassar was a USA Gymnastics doctor for 18 years. An investigation into him was launched in 2015 and two years later he was sentenced to 175 years in prison for sexual abuse. Nassar was also convicted of possessing child pornography. Hundreds of (former) athletes testified against the sports doctor.

Merger is only way for Coop and Plus against competitors

Emmanuel Macron announces a law “of reparation with regard to harkis”