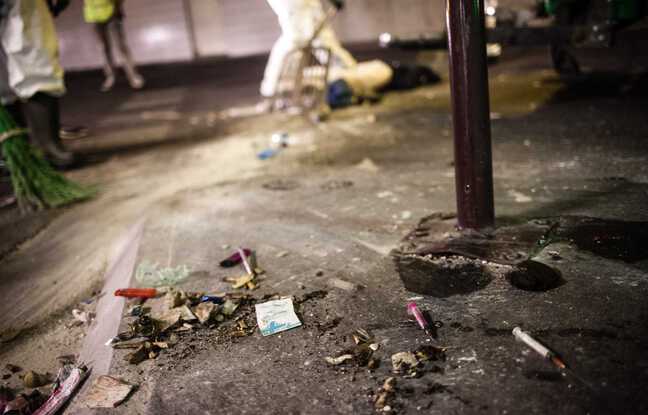 The Prime Minister has said yes to the new “shooting rooms” in Paris. Jean Castex on Wednesday gave the green light to the mayor (PS) of Paris Anne Hidalgo to develop new reception sites for crack users. For her part, the PS mayor of Paris Anne Hidalgo has given up installing a reception center for crack users near a school in the 20th arrondissement, about which the government had made a reservation.

“After in-depth discussions with the State services, a joint decision was taken not to set up (a therapeutic unit) on the site of rue Pelleport”, the town hall said in a press release. Government spokesman Gabriel Attal was even clearer, judging “impossible to install one of these rooms in the immediate vicinity of a school as has been proposed by the mayor of Paris”.

“The creation of new places dedicated to reception and rest will be supported by the services of the State” subject to a suitable offer and location, writes the Prime Minister. The mayor of Paris made this proposal on August 31 during a meeting with residents of the Jardins d’Eole. A draft solution, which had received a rather mixed reception.

Jean Castex wants to “offer consumers resting places and a quality weaning route” and continue the deployment of “the care offer” as part of the crack plan signed in 2019 between the State and the City.

The Prime Minister does not explicitly mention the development of new lower-risk consumption rooms (SCMR), called “shooting rooms”, a subject of political tension with local residents. The four new sites proposed are “intended to be part of the experimental framework offered by the law of January 24, 2016, which the government will take the initiative to extend” with the social security financing bill presented to the Council of ministers on October 6.

The question divided even within the government, between the hard line adopted by the Minister of the Interior Gerald Darmanin and that of the Minister of Health Olivier Véran, whose cabinet considered “positive” the results of the two structures.

The 2016 law authorized experimentation with SCMRs until 2022. Two structures of this type have since been launched, in Strasbourg and in Paris. Tuesday, the deputies Caroline Janvier (LREM) and Stéphane Viry (LR), in charge of a flash mission on the subject, judged the SMCR “useful and effective”, but underlined that it was necessary to privilege the opening of new rooms to the level of neighborhoods where consumers are used to consuming in the street.

In mid-May, the prefecture and town hall had agreed to regroup drug addicts in the north of the Jardins d’Eole, a historic consumption site on the border of the 18th and 19th arrondissements, in order to relieve the residents of the neighboring Stalingrad sector.

But at the end of June, Anne Hidalgo had decided to put an end to this temporary situation by prohibiting crack users from entering the park, so that the inhabitants regain possession of it. Since then, according to Jean Castex, “consumers and crack dealers have maintained their presence around the site and scenes of violence such as nuisance towards residents have not ceased”.

A second macro-bottle with 40,000 people at the Barcelona party ends with serious altercations

Weather in Zapopan today: the forecast for Saturday, September 25, 2021

Evergrande and the fall of the Chinese economy

First a corona pass and then back to normal: ‘Making balance after the winter’