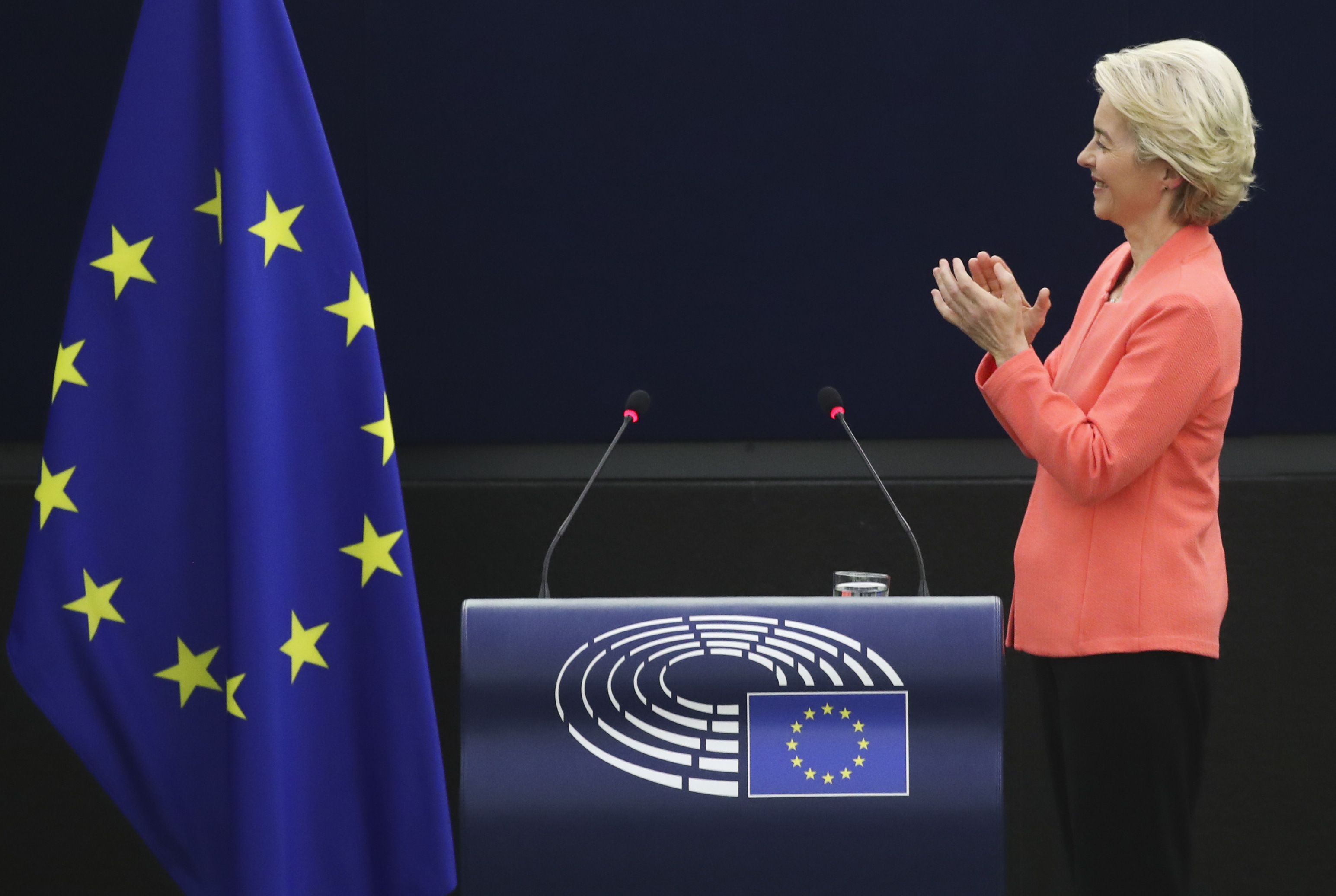 The European Commission plans to launch a pan-European biomedical agency to combat health threats and prevent future pandemics, as announced this Wednesday by Ursula von der Leyen, president of the Community Executive. “We have the scientific and innovation capacity, the knowledge of the private sector and competent national authorities,” he explained during his State of the EU speech, delivered at the European Parliament in Strasbourg. “And now we have to put all this together, providing it with massive financing.” Although he has not given many details about the proposal, which will be revealed this Thursday, an investment of 50,000 million has advanced until 2027 to give life and provide content to the initiative.

The proposal of this health authority is not new. In November 2020, in the darkest part of the coronavirus emergency, the Commission already intoned the MEA culpa for not having the emergency and response mechanisms in the face of the pandemic, and launched a battery of measures aimed at providing Brussels with supervisory powers and establishing permanent health surveillance and coordination structures similar to those introduced to protect the euro zone on the ground economic and financial.

“Currently there is no body in the EU comparable to the Authority for Advanced Biomedical Research and Development of the United States that coordinates and promotes this work,” acknowledged a statement in November. “Last year I said that the time had come to build a European Health Union,” Von der Leyen resumed this Wednesday in Strasbourg. “Today we fulfill our proposal to launch the HERA authority [Autoridad Europea de Preparación y Respuesta ante Emergencias Sanitarias, por sus siglas en inglés]”.

The president of the Commission has ensured that its creation will be key to addressing future threats to health at an early stage. It will have a great industrial vector, as well as a sanitary one. “We have to make sure that no virus turns a local epidemic into a global pandemic,” he said.

A year and a half has passed under the aegis of the pandemic and Europe is beginning to reap its head with part of the duties fulfilled. It opted for a common vaccine purchase strategy, it has already managed to fully immunize more than 70% of its adult population and has reactivated the movement on the continent thanks to a digital certificate. All these points were highlighted by Von der Leyen throughout a one-hour speech in which the pandemic and the response to it took place in the first act of the intervention.

The optimistic aftertaste has fluttered all the time around his words: “In the greatest global health crisis in a century, we have chosen to stand together so that all parts of Europe enjoy the same opportunities to access life-saving vaccines”, has defended. Although he also recalled that not all EU countries have met immunization targets, and indeed some, such as Bulgaria or Romania, the gap is enormous: “When observing the worrying divergences in vaccination rates in our Union, we must maintain the vaccination rate, “he said.

Europe has a reserve of 1.8 billion doses of Pfizer-BioNTech until 2023, with which it hopes to cope with possible outbreaks or the need to administer a third injection to citizens. “Let us do everything possible to ensure that this does not become a pandemic of the unvaccinated,” he emphasized, recalling that it will also be necessary to accelerate the global vaccination process: so far less than 1% of worldwide punctures have been administered in low-income countries. “The magnitude of the injustice,” Von der Leyen has said, “is evident.”

The Commission has already committed an investment of 1 billion to build factories and produce vials of messenger RNA vaccines in Africa, an operation that is already underway. Von der Leyen has proposed to intensify vaccine solidarity with the donation of 250 million vaccines, in addition to the 200 million that had already been secured, mainly through Covax, a mechanism linked to the World Health Organization to guarantee a global access to immunization.

Von der Leyen has in any case underlined that, despite the criticism at the start, when it lagged behind the United States and the United Kingdom, the EU has not only finally managed to lead the immunization of its population worldwide, but which has been one of the few blocks that has shared its vaccine production with the rest of the world in a massive way: more than 700 million doses have been delivered to European citizens and an equivalent amount has gone abroad, to more than 130 countries, according to the figures provided.

‘Wonderhouse’ on La Palma that was untouched by lava still destroyed

Five life sentences given for perpetrator of shooting in US newspaper

VIDEO. Which French brands finance, through advertising, conspiracy or disinformation sites? The top 5 of “Further investigation”