Belarus: in Paris, the opponent Svetlana Tikhanovskaïa asks for “commitments” 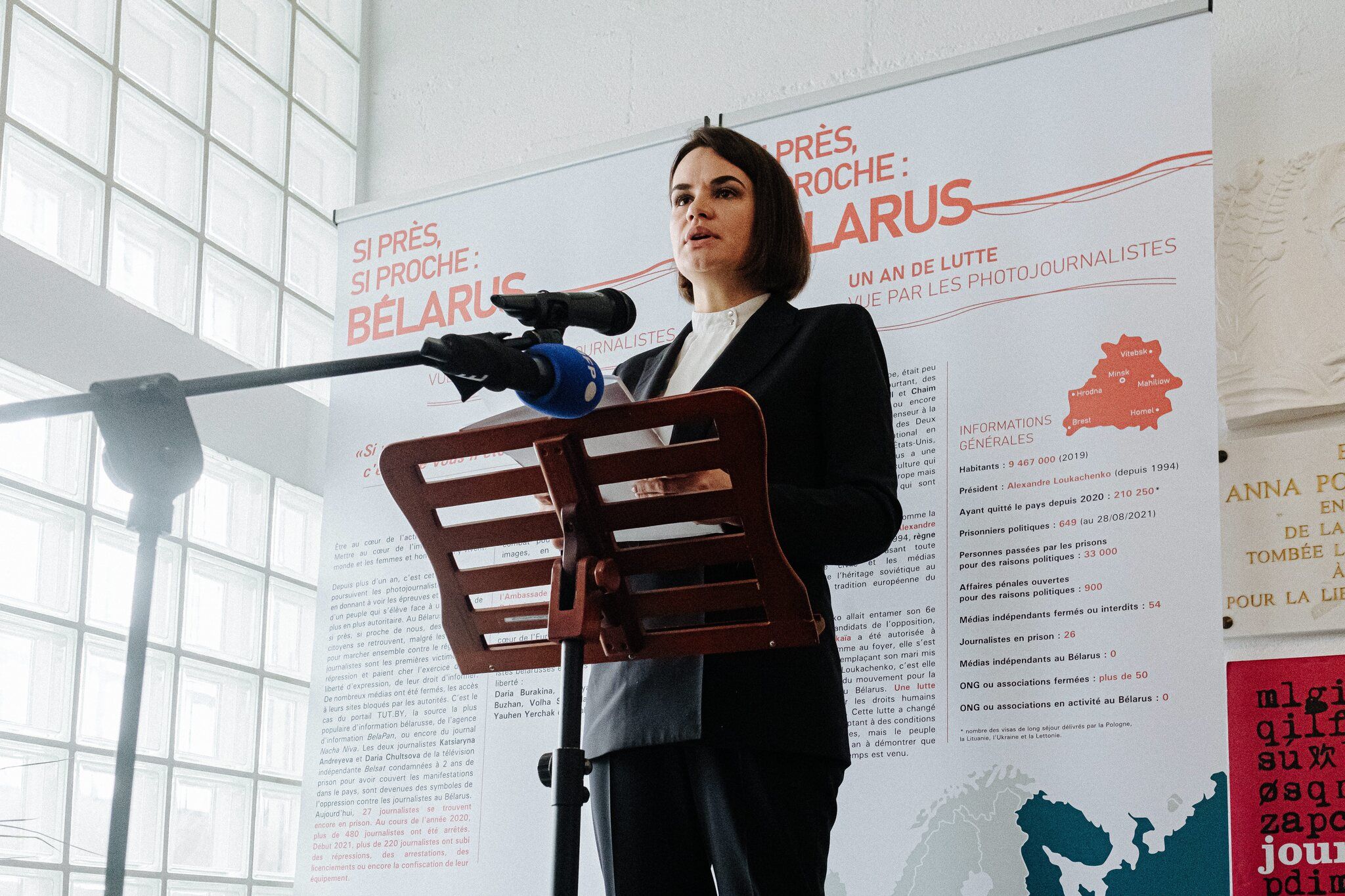 “People tend to forget,” admits Svetlana Tikhanovskaya. At the House of Journalists in Paris, where she inaugurated on Wednesday, September 15 a photographic exhibition on the protest movement in Belarus, the leader of the Belarusian opposition admitted the main fear that the movement is experiencing today: sinking into the ‘forgetfulness, after a year of fierce repression that put an end to demonstrations inside the country and pushed thousands of opponents into exile.

Now based in the Lithuanian capital, Vilnius, Svetlana Tikhanovskaya begins a two-day visit to France during which she is expected to meet the Minister of Foreign Affairs, Jean-Yves Le Drian, the President of the Senate, Gérard Larcher, the Mayor of Paris, Anne Hidalgo, as well as a series of representatives of French civil society and the Belarusian diaspora. She expects “commitments” and “decisive actions” from France, she assured at a press conference. And that it keep the Belarusian dossier in an international agenda occupied for weeks by the situation in Afghanistan.

Despite a series of meetings with Western leaders over the past year – including US President Joe Biden in July – the Belarusian opposition is struggling to keep attention on the situation in the country, where the repression continues: Maria Kolesnikova, figure of the protest who had refused last year to be deported by tearing up his passport, was sentenced in early September to eleven years in prison for “plots to seize power” and “calls for actions undermining national security ”.

→ EXPLANATION. The heavy sentence of Maria Kolesnikova “is beyond comprehension”

The Belarusian President, Alexander Lukashenko, at the same time continued his rapprochement with the Russian big brother, announcing, on September 9, during a meeting with Vladimir Putin, a series of agreements to harmonize their fiscal and customs policies. Moscow also assured that Russia would not touch the generous price of gas enjoyed by Belarus.

Faced with the violent repression of power and the extinction of demonstrations inside the country, the Belarusian opposition is demanding new Western sanctions against Minsk. The European Union announced in June a series of targeted economic sanctions affecting key sectors of the Belarusian economy such as petroleum, potassium chloride and tobacco production.

Enough to push a furious Alexander Lukashenko to accuse the West of wanting to “start a third world war”. Without succeeding in bending the authoritarian president, in power since 1994.

In two weeks, vaccination of minors with comorbidities begins

The earth has shaken again in Guadeloupe

Uncertainty and anguish seize the residents of La Palma: “We have lost our whole lives”

Were other sanctions possible after the Nice-OM incidents?