At the sanctuary of Sastin, Pope Francis has an appointment with the Slovaks 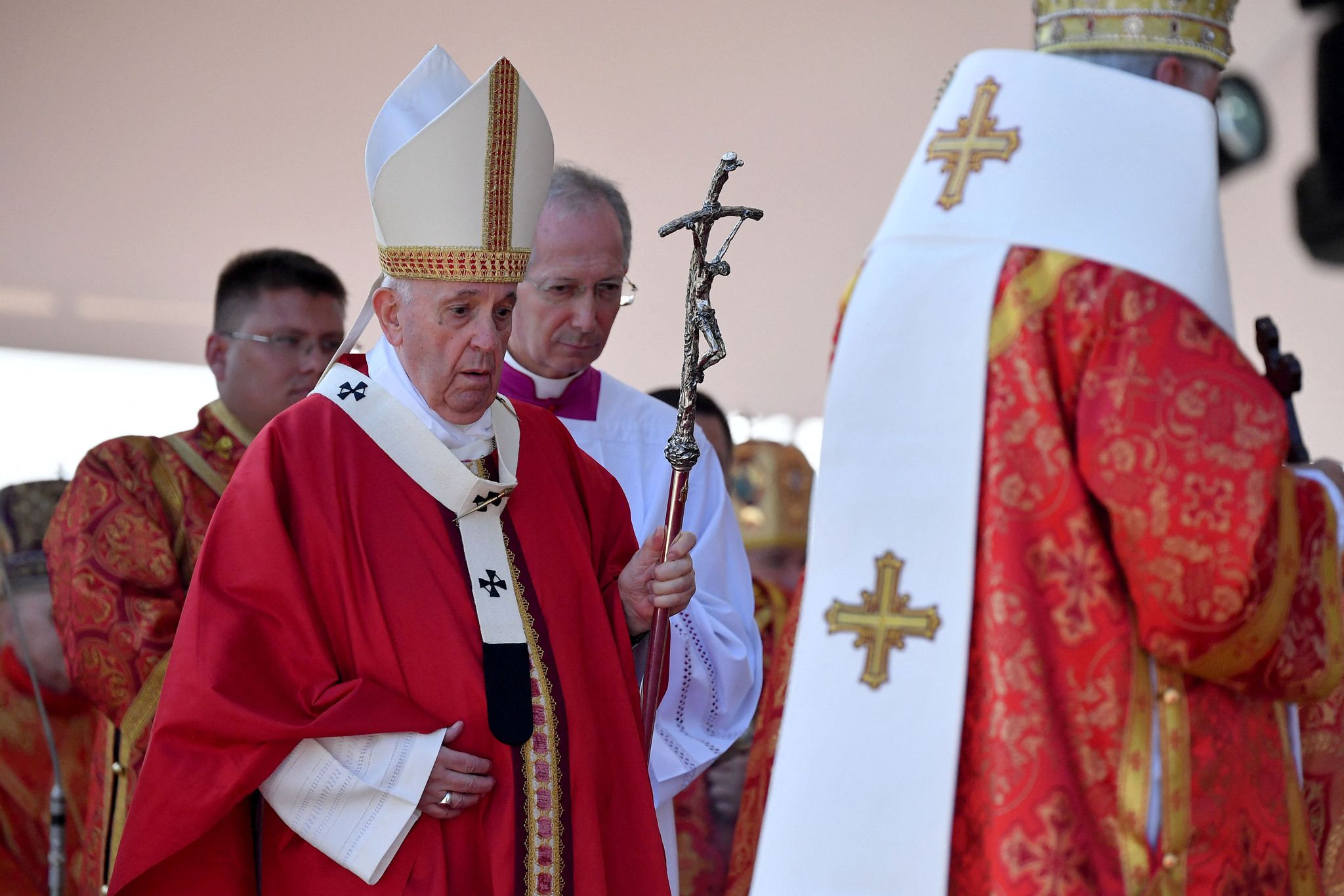 Pushing his wheelbarrow, the junkyard seems indifferent to the ballet of shovels that bustle a few meters from him. In the hubbub, workers hasten to redo all the paving that runs along a beautiful church with white walls topped with a red tiled roof: the Basilica of Sastin. Located 70 kilometers from Bratislava, the place will host, this Wednesday, September 15, the last mass of the Pope’s trip to Slovakia.

The date is particularly opportune, since the place is dedicated to Our Lady of the Seven Sorrows, justly celebrated on this day. As Father Marian Gavenda, former spokesperson for the Conference of Bishops of Slovakia, points out, “this name of the Virgin Mary is also the one under which she is patron of Slovakia, which makes the day a public holiday in the country. “.

“The basilica owes its origin to the prayer of a countess who asked for the conversion of her husband, more attached to the hunt than to his family obligations”, tells for his part Father Juraj Vittek, parish priest in Bratislava. The husband returned to the right path, a statue of the Virgin was erected in Sastin in 1564 followed by a chapel, then the current basilica, completed in 1751 while the miracles multiply. “Slovakia then being integrated into the Austro-Hungarian Empire, the reputation of the sanctuary goes far beyond our current borders”, continues the priest.

Will the Slovaks make the trip to Sastin to participate in the pope’s mass? Many are wondering, when the country was used to crowds during John Paul II’s visits. But François is not Slavic and must deal with the pandemic. It was thus long announced that only vaccinated people could attend the celebrations. “The Pope is coming to us and my children will not be able to see him”, lamented a mother who does not want to vaccinate her children. Eventually, the organizers backpedaled, also allowing pilgrims who tested negative.

And even though Slovaks fulfilled the registration requirements, the system had some hiccups, due to the late announcement of the detailed program. Despite this, will the inhabitants of this secularizing country have been convinced of the importance of the event? In any case, this does not seem to be the case with Emma, ​​a twenty-something vaccinated living a few steps from the basilica. With a shrug, she indicates: “I will follow on television”.

Solskjaer must explain substitutions Ronaldo and Fernandes after defeat in extremis

On farms and on Twitter, Dr Toudou treats calves and ailments

What about Rosalía’s lyrics

Should we fear “at any time” a war between Russia and Ukraine?

On farms and on Twitter, Dr Toudou treats calves and ailments