The Pope to the young people of Slovakia: “Do not listen to the manipulators of happiness” 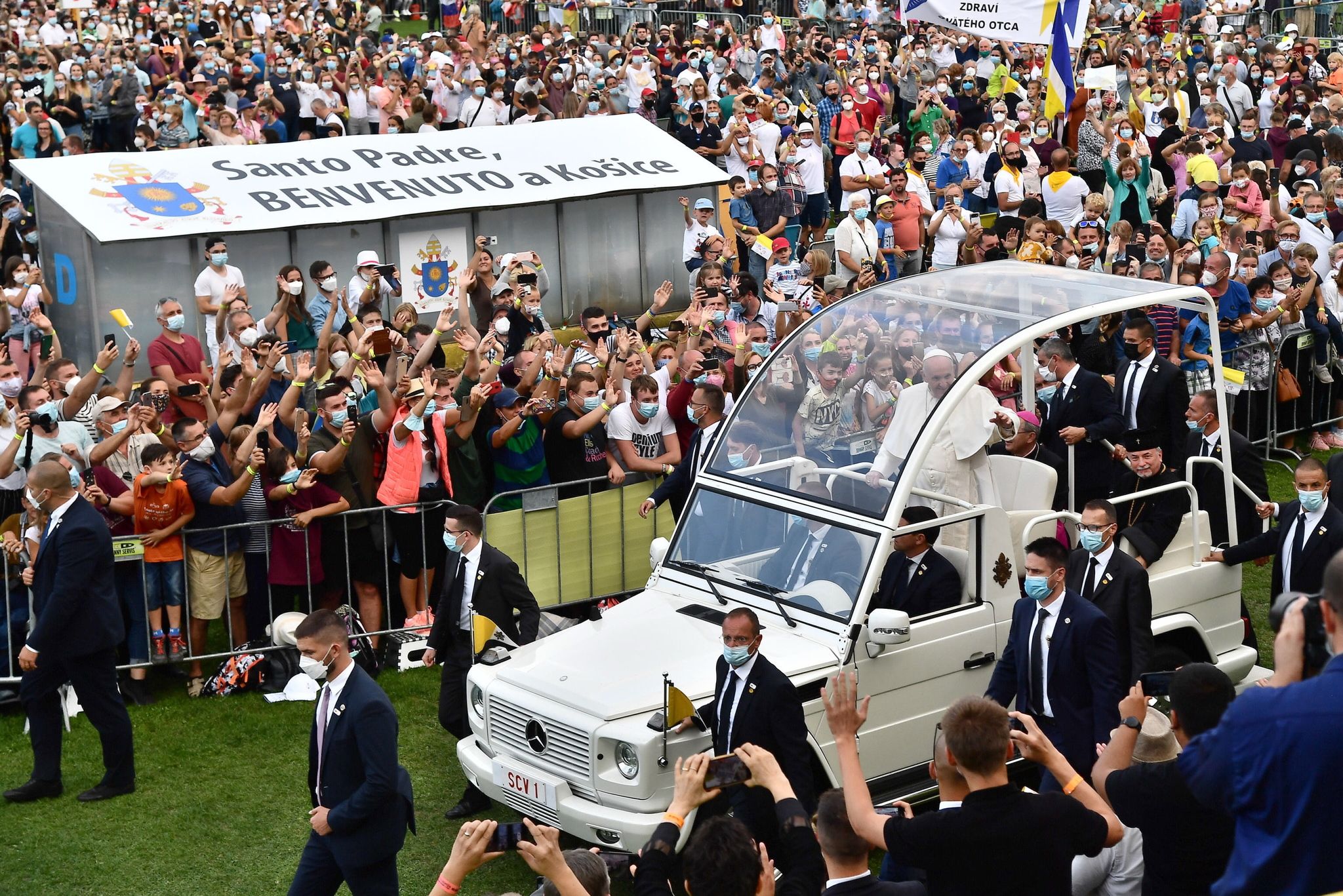 Like a grandfather to his grandchildren. Pope Francis gave life advice to the 20,000 young people gathered in Lokomotiva stadium on Tuesday September 14 in Kosice, eastern Slovakia, as he likes to do in front of such an audience.

→ READ. Among the Roma of Slovakia, the Pope encourages Christians to go “beyond their prejudices”

“My friends, do not trivialize love, because love is not only emotion and feeling, that is rather the beginning”, he said to a young couple who had just testified, at the third day of his trip to Slovakia. “Love is not about having everything and immediately. Love does not respond to the logic of the throwaway. Love is fidelity, gift, responsibility. The real originality today, the real revolution, is to revolt against the culture of the provisional, it is to go beyond the instinct and beyond the instant, it is to love for the whole life and our whole being. “

“Everyone is a gift and can make a gift of life”

Without using the expression “culture of waste” with which he is familiar, it is nevertheless this idea that François developed at the Kosice stadium, illuminated by the grazing light of the end of the afternoon. He thus encouraged the youngest to prefer lasting love rather than “the powerful car, the fashionable clothing or the transgressive holidays”.

“Do not listen to those who talk to you about dreams and, on the contrary, sell you illusions: they are manipulators of happiness,” he advised. “Everyone is a gift and can make a gift of life. The others, the society, the poor are waiting for you, ”he added, interrupted several times during his speech by shouts and applause. Upon his arrival at the stadium, Pope Francis made several popemobile rides around the stadium, a scene that has become rare in these times of pandemic.

But as he has done on several occasions since the start of his trip to Central Europe on Sunday, September 12, he also touched on the importance of “roots”. “What are your roots? Asked the Pope. Parents and especially grandparents: they have prepared the ground for you. Water your roots, go to your grandparents, it will do you good: ask them questions, take the time to listen to their stories. “

→ REPORT. In the ghetto of shame, the Roma of Slovakia welcome the Pope

To young people, he also advised to stay away from “destructive forces” and other “amplifiers of negativity”, which he also nicknamed the “professionals of the complaint”. “Do not listen to them, urged the Pope. Because lamentation and pessimism are not Christian, the Lord hates sadness and victimization. “

Soon you will no longer have to keep your distance – will you get used to it?