In the ghetto of shame, the Roma of Slovakia welcome the Pope 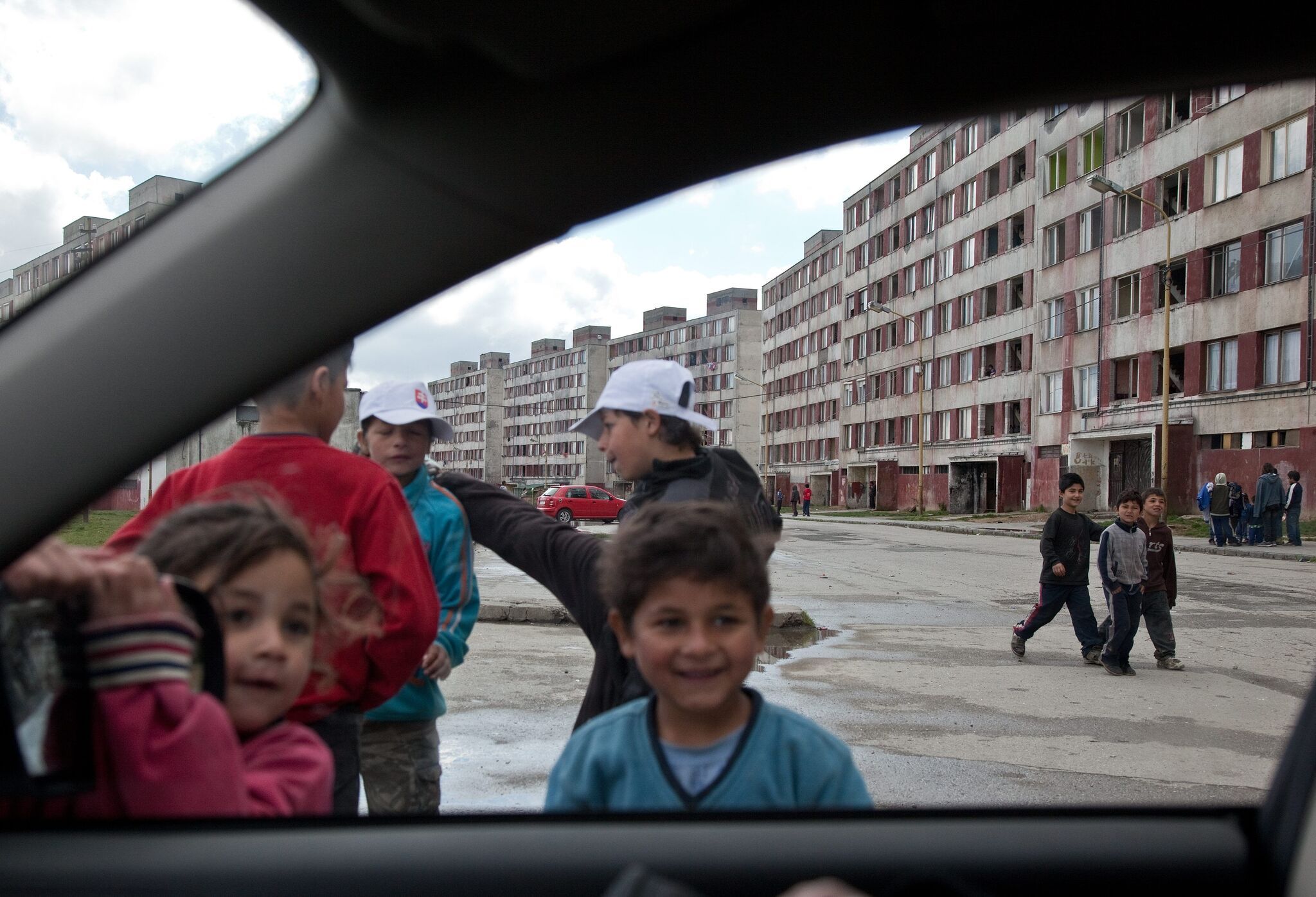 In the air, floats a heady odor, mixing laundry and sewer stench. Linen hangs sadly from the balconies of the buildings, genuine Soviet bars from the 1970s, never renovated since. Dilapidated buildings, without running water, and from which cables escape to illegally connect to the electricity of the recent public lighting. Dull setting than that proposed by Lunik IX, a district in the outskirts of Kosice (eastern Slovakia), the largest Roma ghetto in this central European country and where the unemployment rate exceeds 90%. “Shame of the nation”, in the words of a priest from Bratislava, this district must receive a visit from Pope Francis on Tuesday, September 14.

→ READ. The fate of Roma in Europe still worrying

The only oasis in this place, which currently has around 4,000 inhabitants, is a parish run by the Salesians, surrounded by high spade gates, which a young man sets out to climb before being interrupted by a priest. “Here, we have to lock everything up, otherwise there would not be a moment of calm”, confides Father Marián Peciar, who joined the community of four religious at the beginning of September. “The big difference between us and the other organizations that work here is that we are permanently there,” says Father Peter Veselsky, household superior. The locals know that we are here only for them, and we have great confidence in this. “

The Salesians arrived at Lunik IX in the summer of 2008, in agreement with the diocese whose priests were no longer able to exercise their ministry in the neighborhood, spending only a few hours a month there. Originally from Kosice himself, Father Peter Bešenyei was responsible for opening up this community, a mission to which he bowed “out of obedience, not by choice”. “This experience with the poor has since made me experience great changes,” he says, “because I understood the importance of refocusing on the few things that make us truly happy. “

If the Salesians do not see themselves as “social workers” and their “main mission is to lead to Christ”, in the words of the superior of the community, they nonetheless offer concrete services to the inhabitants of the neighborhood. “Since our arrival, we have helped many people to leave Lunik IX and build a better life elsewhere,” says Father Bešenyei. Our mission is therefore a perpetual restart. The religious also work with the younger generations, the inhabitants being “open to life with many children but often lacking the strength to educate them”. As the only shopkeeper in the district confides, “in Lunik IX we are a mother at 15 and a grandmother at 30”.

“A prophetic gesture of reconciliation”

Why does the Pope come to show the world the poorest district of the country, wonder, slightly annoyed, many Slovaks? “It is not a question of showing Lunik IX, but of meeting those who live there,” retorts Father Veselsky. They are the poor who need the love that the Pope will bring them. “For Father Bešenyei, François” could not fail to come to Lunik IX, outskirts of the outskirts “. He sees this visit as a “prophetic gesture of reconciliation” of the Roma with themselves and with the Slovaks.

Another benefit of the Pope’s coming is a hasty renovation of the neighborhood. The buildings were repainted and the asphalt of the main roads redone. “I am full of joy that the Pope is coming,” says Maria. A mother of four who has been living in Lunik IX for twenty years, she watches with a satisfied eye the painters bustling about on the facade of her building. “As soon as a beautiful thing appears, it is immediately destroyed”, however, she slips fatally. At his side, Olga also shares her feelings about the Pope’s visit. “It is very important that he bless us, because through his gaze the Holy Spirit will fill us. “

The penultimate day of Pope Francis’ trip to Slovakiais consecrated, Tuesday, September 14, in the east of the country. In the morning, he must go to Prešov to meet the Catholics of the Eastern Rite, to preside over a divine liturgy of Saint John Chrysostom.

In the afternoon, he will therefore go to Lunik IX, for the meeting with the Roma, in front of whom he must deliver a short speech.

The last stage of the day will be a meeting with the young people, in a stadium in Kosice. In the evening, the Pope must return to Bratislava to spend his last night in Slovakia.

Germany compensates 249 gay men who were prosecuted under old law

How South Africa, that ‘beautiful, sad country’, is shaped by violence

These are the benefits and precautions against video games

Covid-19: Austria adopts compulsory vaccination for all adults, a first in the EU