What does Djokovic feel after stumbling on the threshold of eternal fame? ‘Relief’ 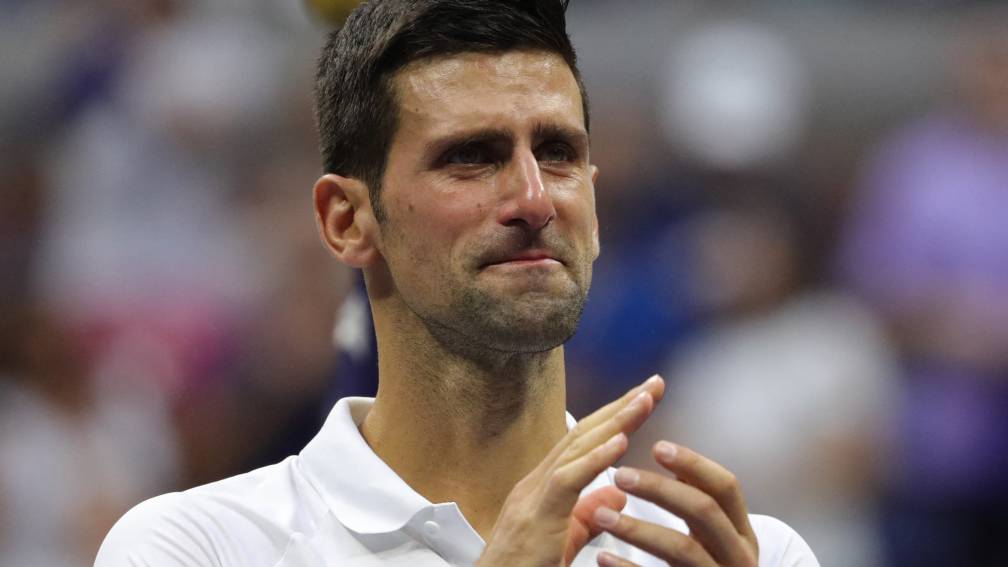 The greatest tennis player of all time. The first man since Rod Laver to be undefeated for a full year in the four biggest tournaments on the tennis calendar. The first man to win a Golden Slam.

Novak Djokovic could have written himself in the history books forever. He could almost touch the status of a tennis legend. But at the decisive moment everything slipped out of his fingers.

What did the Serb feel after his hopeless defeat against Daniil Medvedev in the final of the US Open? “Relief”.

Almost eight months ago, Djokovic received the congratulations from Medvedev. In the final of the Australian Open, the Russian had no chance against his opponent, almost nine years older. And also on the clay of Roland Garros and the grass of Wimbledon, Djokovic was unapproachable.

Speculation grew louder that the Serb was on his way to winning all four grand slams in one year. In fact, he just might become the first man to win a Golden Slam.

In Tokyo, Djokovic stranded on the threshold of the Olympic final. After a hopeless defeat against Alexander Zverev in the semi-final, Djokovic was left disillusioned, the towel over his head.

At a 5-4 deficit in the final of the US Open, Djokovic dived under his towel again. The tears were hidden under the towel. Despite the vociferous – and at times indecent – support from the New York public, he bowed his head to Medvedev moments later.

What he felt after the last ball change? “Relief”, said the candid Serb after the press conference. “I was glad it was over. The run-up to this tournament and everything I had to deal with mentally and emotionally in the last few weeks, it was just a lot. At the same time I feel sadness, disappointment and also gratitude for the public, who give me special moments on the track.”

If you watch from the sidelines how players like Roger Federer, Rafael Nadal and also Djokovic string together the grand slam victories, you quickly forget how much pressure there is on those players. “It was emotionally very demanding the last five, six months. The Slams, the Games and also playing in my hometown Belgrade. Everything seemed to come together here, all the emotions added together. Unfortunately I couldn’t make the last step to make.”

Medvedev: ‘Winning Djokovic just as beautiful as against Botic’

For Medvedev, it was only his first Grand Slam victory in his career, after previous finals in New York (2019) and Melbourne (2020). The 25-year-old Russian is one of the standard-bearers of the younger generation, who will take over from the big three in the foreseeable future.

The immense pressure that rested on Djokovic’s shoulders is still something of the future for him. “I feel sorry for Novak, although I can’t imagine what he feels,” Medvedev said. “I don’t know that feeling.”

In the end, the Russian only lost one set to Flushing Meadows, in the quarterfinals against the Dutch qualifier Botic van de Zandschulp. Medvedev had not yet forgotten that match. “Of course it’s nice to beat him (Djokovic, ed.).

But a grand slam is a grand slam. If I had won the tournament against Botic, I would have been just as happy.”

With the prestigious tournaments of Indian Wells, Paris, the ATP Finals in London and the Davis Cup in Madrid, among others, there are still plenty of opportunities for Djokovic to wash away the hangover. And in January the Australian Open is just around the corner. A new chance for the Serb to still take his 21st Grand Slam title.

“In tennis you learn very quickly to turn the page. There are always new challenges,” said Djokovic. “I’ve learned to deal with these kinds of heavy defeats in grand slam finals, the ones that hurt the most. I’m going to try to learn lessons, get stronger and keep going. I love this sport and still feel good on the job. As long as the motivation is there, I will definitely continue.”