Men’s Euro volleyball: why did the French fall from their Olympus? 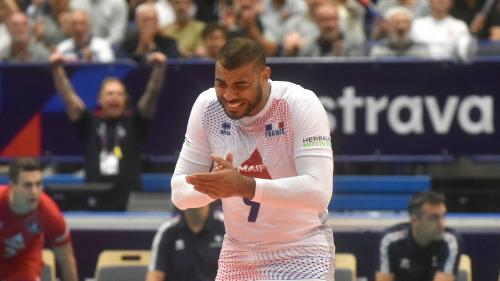 Eighth match point for the Czechs in this round of 16 of the Euro. The Blues have miraculously already saved seven. Once again, Earvin Ngapeth, yet in difficulty throughout the match, sets out to save the homeland. The Frenchman’s attack hits the Czech wall head-on. Like a symbol. The symbol of a team which has suddenly forgotten all the collective virtues which had brought it to the roof of the world just a few weeks ago and which has fallen, heavily, into its individualistic quirks. How, in such a short time, could this return to earth have taken place? Attempts at explanations.

Because the Blues were crimson

Since May 31, the France team has played … 31 games. Between the Olympic qualifying tournament, the World League, the Olympics and the Euro, it is difficult to get more dense. A frenetic pace that the Tricolores were able to hold thanks, in particular, to the adrenaline of the Olympic tournament, but there is always a moment when the spring ends up breaking. For the Blues it was this Monday in Ostrava.

Without energy, without reactivity, unable to find a tactical solution to disrupt the opposing euphoria, Jean Paty’s partners never seemed to keep up. Legless, their defense, the main weapon of their recent conquests, could no longer bring the ball back.

They especially gave the impression of letting go, they who were permanent survivors in Tokyo. Worse, with 14 service faults in the first two sets, they gave the ball to get beaten. In the end, there will have been these seven match points saved at the end of the 3rd round to make believe in a new miracle but if it worked each time, it would not be called a miracle …

Because France may have taken their opponent lightly

An Olympic title and five straight victories to start this Euro, it can quickly get intoxicated. Too much, no doubt. The Blues have certainly forgotten that, apart from Germany, they had not yet met opponents to their measure since the start of this European Championship. The Czech Republic, which has been playing since the start of this Euro in its hall where it therefore has all its benchmarks, was the first real test and we saw the result.

Because the Bernardinho transplant has not yet taken

Here again, the five inaugural successes of the Brazilian coach appear to be trompe l’oeil. Still hampered by the language barrier, the Auriverde coach has not yet been able to put his foot down on a collective which, consciously or not, is still under the influence of nine years alongside Laurent Tillie. We do not erase automatisms, habits in a snap, also titled these fingers they were. Especially with only three weeks between the Olympic coronation and the Euro …

Because the wolf was in the fold

The Czech coach knew the Blues almost better than Bernardinho. Czech coach Jiri Novak is indeed anything but an unknown. From 1999 to 2012, the former receptionist-attacker made the heyday of Paris and it is an understatement that he knows all the secrets of our volleyball. A skilful tactician, he prepared his shot perfectly, focusing in particular on a levitating Jan Hadrava (18 points) and maximum success (59% winning attacks).

“Each time, the cons were in their favor,” said Benjamin Toniutti bitterly at the microphone of the channel L’Equipe after the meeting. If the 2nd passer of the Blues admitted that the Czechs “amply deserved their qualification”, he obviously regretted this elimination: “It is very painful of course. We would have liked to continue the adventure and offer a medal to our new coach, but that does not take anything away from what we have accomplished “.