Pope Francis in the land of Viktor Orban 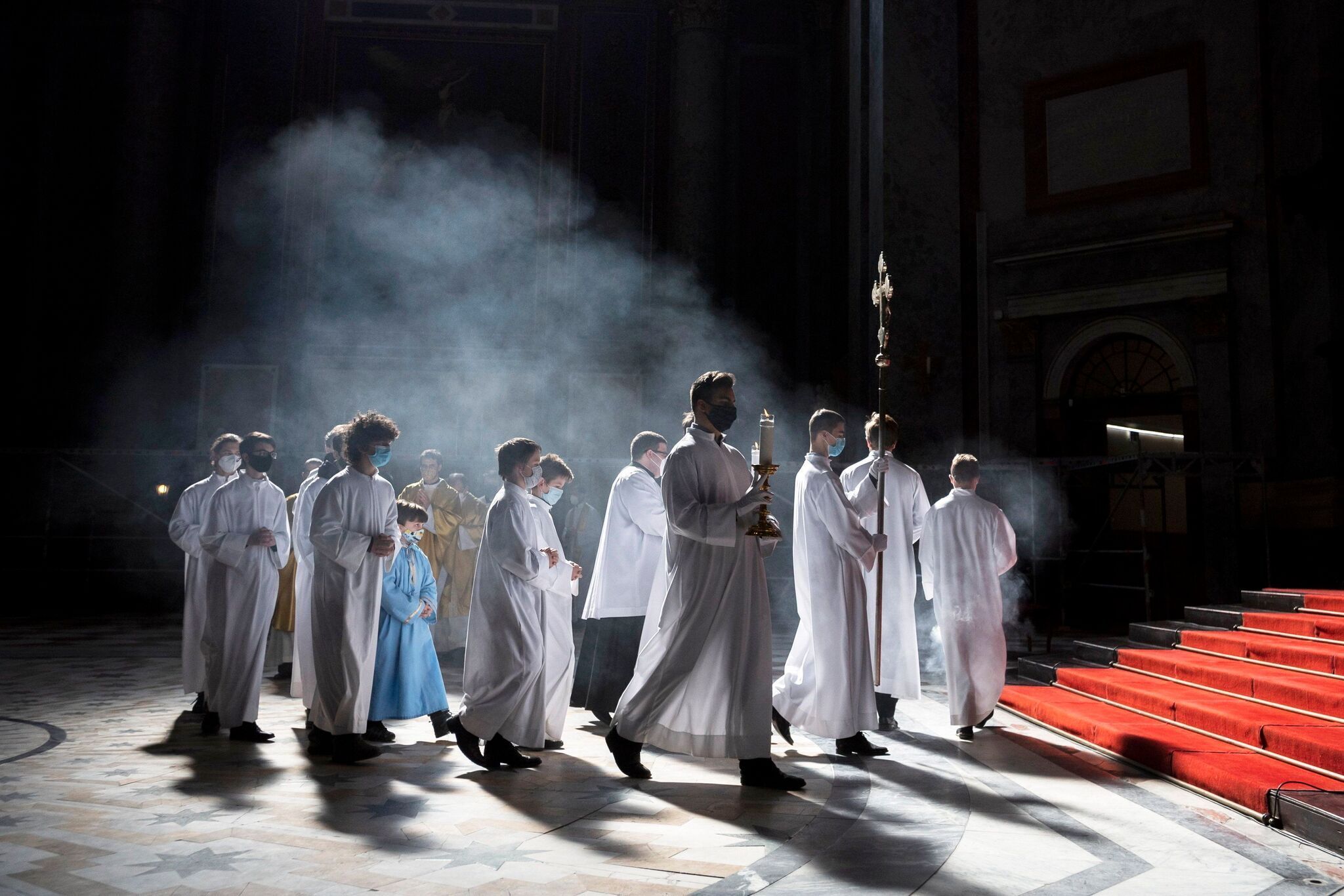 This Sunday, on the forecourt of the Franciscan church in Vac, a town of 35,000 inhabitants located on the banks of the Danube, Zsuzsanna and Ferenc come out of the 10 am mass. 45 kilometers away, in Budapest, the Hungarian capital, the Eucharistic Congress has just started. But it is the closure of this gathering that is already occupying people’s minds. And for good reason: it is Pope Francis who will come, Sunday, September 12, to celebrate the final mass, before continuing his journey to Slovakia.

Between the Hungarian Prime Minister, Viktor Orban, who has the fixed idea of ​​locking European borders, and the Pope, who advocates the reception of asylum seekers, how are Zsuzsanna and Ferenc positioned, a couple of professors close to retirement? “I agree with the pope’s words to accept refugees and help the poor,” Ferenc says. “But I also think that we must promote the birth rate rather than integrating a different culture that would crush us,” he adds, referring to the family and birth policy of the national-conservative government of Fidesz.

→ READ. In Hungary, the Pope will meet Viktor Orbán

“It is a good thing that the state supports religious values, but it is not for politicians to represent religion and speak on behalf of Christians”, he points out, deploring the instrumentalisation of the question. religious, while parliamentary elections are to be held in Hungary in April. In fact, the pro-government media are not kind to François, sometimes portrayed as “leftist”, “idiot”, “pro-migrant” and even “anti-Christian”.

Inside the church, Father Viktor Tömördi finishes his second mass of the morning. He had the portrait of Father Olivier Maire, assassinated on August 9 in Vendée, displayed in his church, and does not hide that he fears the same fate if he were to welcome asylum seekers. Calling on his studies of history and theology, he describes Hungary as a Christian bastion in a Europe of which he says he is certain that it will become predominantly Muslim within a few decades.

“The ‘Christian Hungary’ displayed by Orban is a political slogan dating from Horthy’s time! “, Considers the historian of religions Attila Jakab, referring to the one who was regent of Hungary from 1920 to 1944.” It is a facade of Christianity. “According to the historian,” the churches are there to legitimize political power and in return the state supports them financially. But it did not start with Orban, he only reinforced an already existing logic, ”he explains.

Father Viktor is well aware of these criticisms, which he brushes aside. “The Church is not in the boot of power and Cardinal Peter Erdö is certainly not close to the government”, he argues, citing the Archbishop of Budapest, strongly criticized however for his silence and relative passivity of the Church during the refugee crisis in the summer of 2015. Father Viktor especially welcomed the aid granted by the State to the Church, intended to compensate for the goods looted during the communist period. “There it is, the government’s crime: giving us money! », Ironically the clergyman, pointing to the fresh renovations in the presbytery.

“There is no other way than that of François”

To hear another story, you have to go and meet Mgr Miklos Beer, bishop of Vac between 2003 and 2019. “This congress is magnificent…”, he begins, pointing to the television which broadcasts the opening ceremony. “But what’s behind the window? “

He broke the silence of the Church when Fidesz multiplied xenophobic slogans, from 2015. Attracting veiled threats from political circles. “There is no other way than that of François. Building a wall (against migrants) does not solve anything. Accept the political decision, yes, but not in the name of Christians! “Many bishops think none the less, he assures us, but keep silent, because of” the money; churches are being renovated and schools entrusted to parishes ”. “It pains me to see the faithful so far behind the power. I can’t wait to hear what the Pope will tell them on Sunday… ”

If the pope’s words risk resonating in a particular way on Heroes’ Square in Budapest, the exchanges between Francis and the Hungarian Prime Minister should remain confidential. Of course, there are differences of opinion, foremost among them migrants. But between Francis the Catholic and Orban the Calvinist, there are also some points of agreement, such as helping persecuted Christians or supporting Jewish communities.

However, in Rome, no one dares to foresee the content of this interview between the two men, in the presence of the Hungarian President of the Republic, Janos Ader, lasting 30 minutes, Sunday morning, at the Museum of Fine Arts. from Budapest. A first: the Prime Minister had already met the Pope, in Rome, in 2016 and in 2017, but never for an extended interview. An appointment of which François pretended to ignore the details, in an interview in early September on Spanish radio Cope. “I don’t know if I will meet him,” the Pope said. “He tried to minimize the meeting with Orban, says a good observer in Rome. Deep down, he knows that the media don’t like Hungary, he’s probably a little embarrassed. “

“What the Pope is doing in Hungary is a pilgrimage”

For several weeks, Rome and Budapest have been annoyed to see the displacement of François reduced to the only question of the meeting with Viktor Orban. “What the Pope is doing in Hungary is a pilgrimage”, insisted Thursday, September 9 the director of the Press Room of the Holy See, Matteo Bruni, presenting the trip. According to information from La Croix, the Hungarian authorities tried to extend the papal program, offering him to go to the presidential palace, and to cities other than Budapest. A stopover at the Austro-Hungarian border has been envisaged. In vain. Francis stuck to the initial invitation of the bishops, closing the congress, refusing any other solicitation.

The stages of the journey

Sunday September 12. After meeting with the Prime Minister and the President, the Pope will meet with the bishops, as well as representatives of the World Council of Churches and Jewish Communities (10 a.m.). Then he will celebrate mass in the square
Heroes and will leave the country at the beginning of the afternoon, for Slovakia.

Monday 13, François will notably go to the Bethlehem Center, a place to welcome the homeless (4 p.m.), in Bratislava, and will meet the Jewish community.

Tuesday he will go to Kosice, in the east of the country, to visit the Luni IX district, where one of the largest Roma communities in Europe lives.

Return to Rome is scheduled for Wednesday 15th, after a mass at the national sanctuary of Sastin.

The long way to protect the personal data of Africans

The long way to protect the personal data of Africans