“It is a pain that he does not stay longer”: in the crowd that came to welcome Pope Francis 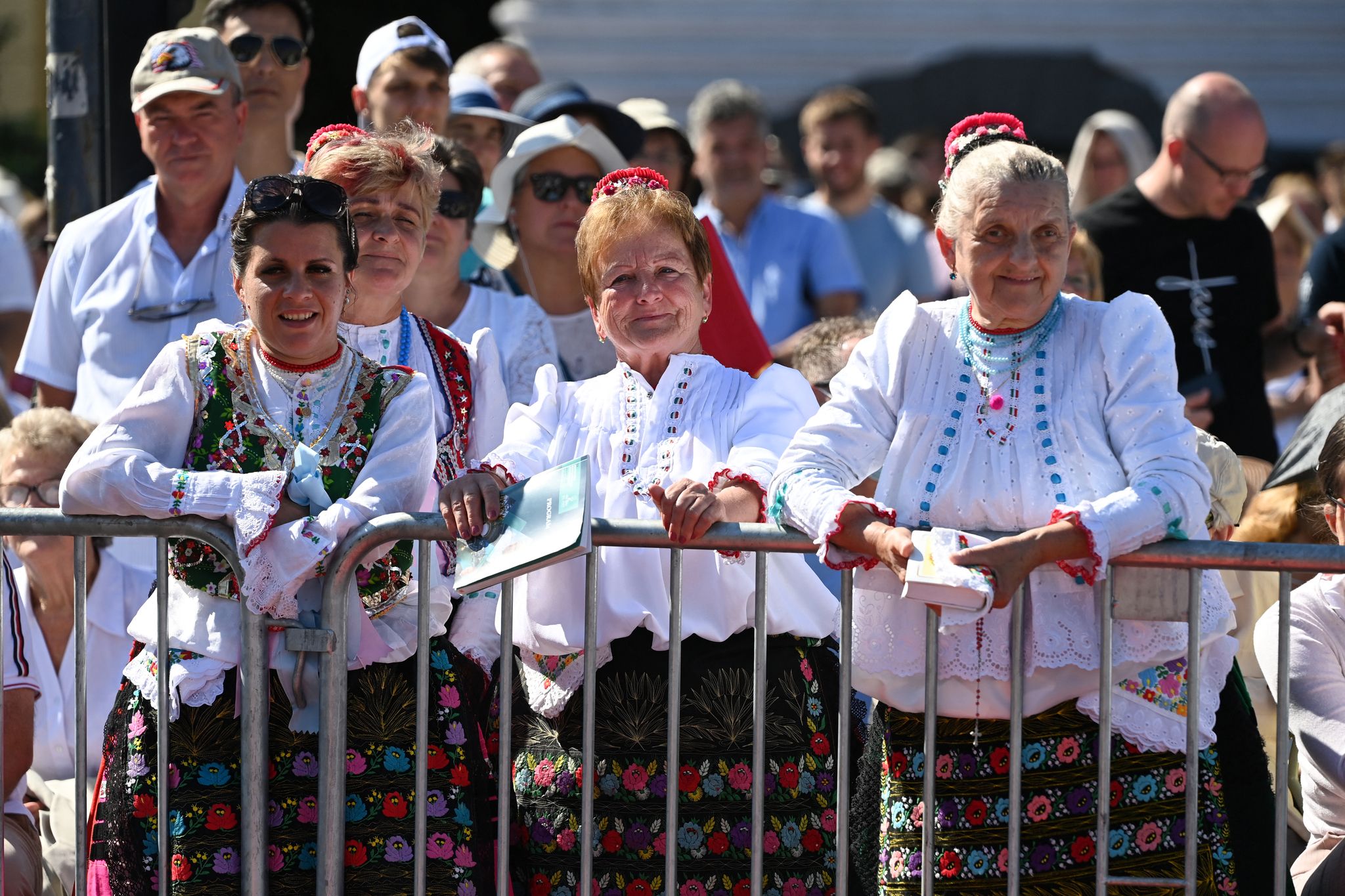 For the uninformed tourist in Budapest, it is difficult to understand beforehand that Pope Francis was visiting the Hungarian capital on Sunday, September 12. In the city center, no banners, flags or even posters announced his arrival. As for the mass he chaired, it took place on the Place des Héros, relatively out of the way. In Budapest, therefore, the choice seemed to moderate the communication around this papal trip.

Despite this context, the Hungarians gave François a warm welcome. They are thus pressed in number on the route of the popemobile, along the avenue leading to the Place des Héros. As usual for the pope’s public events, many nationalities were represented in the crowd, identifiable by their flags. As neighbors, Czechs and Slovaks, but also pilgrims from more distant lands, notably from Portugal or Mexico, like this group of eight women who came to participate in the Eucharistic Congress before continuing with a pilgrimage to Rome.

Presence of the Ecumenical Orthodox Patriarch

The country’s authorities were also present, with the President and Prime Minister Viktor Orbán seated in the front row. Another distinguished guest: the Patriarch of Constantinople, Bartholomew, installed on the platform. This participation was “a special joy” which “demonstrates our common desire for the unity of all the baptized”, greeted Cardinal Péter Erdő, Archbishop of Budapest, in a speech at the beginning of the celebration.

→ INVESTIGATION. Pope Francis in the land of Viktor Orban

Installed on the other side of the square from the platform, Anna, a Hungarian scout from Slovakia, was particularly awaiting this celebration with the Pope. “This visit crowns the Eucharistic Congress”, enthuses the young woman in her twenties, saying that she is “very excited” to see Francis for the first time in her life. Although she lives in Bratislava, where the Pope was to go immediately after Mass, she did not intend to follow the other stages of her journey. As a sign that as a Hungarian, she wanted to see him in “her” capital, despite being of Slovak citizenship.

“Pain” at the speed of the visit

Particularity of this visit: its brevity, Francis staying only a few hours on Hungarian soil, to close the 52nd International Eucharistic Congress. For Sister Elzbieta, a Franciscan nun originally from Poland but installed for fifteen years in Budapest, although rapid, the “important” displacement of the Pope is a “testimony to underline the Eucharistic faith”. “It is an encouragement to always develop closeness to Jesus,” she insists.

A Dominican nun from Budapest itself, Sister Lucia, for her part, finds it more difficult to accept that Pope Francis does not grant more time to her country. “For many Hungarians, it is a pain that they do not stay longer,” confides the 46-year-old consecrated woman. “I hope that thanks to this Mass in Budapest, the Hungarians will understand that the brevity of the Pope’s visit to our country does not mean that he does not want to see them. “

And if Sister Lucia welcomes “the great closeness of Francis to the poor”, she regrets however that “her line of conduct on questions of faith or theology is not always very clear, unlike John Paul II or Benedict XVI ”. Not enough, however, to weaken the nun’s joy of participating in a celebration presided over by Francis in her country.

COC in Rotterdam smeared in action against LGBTI supporters’ association