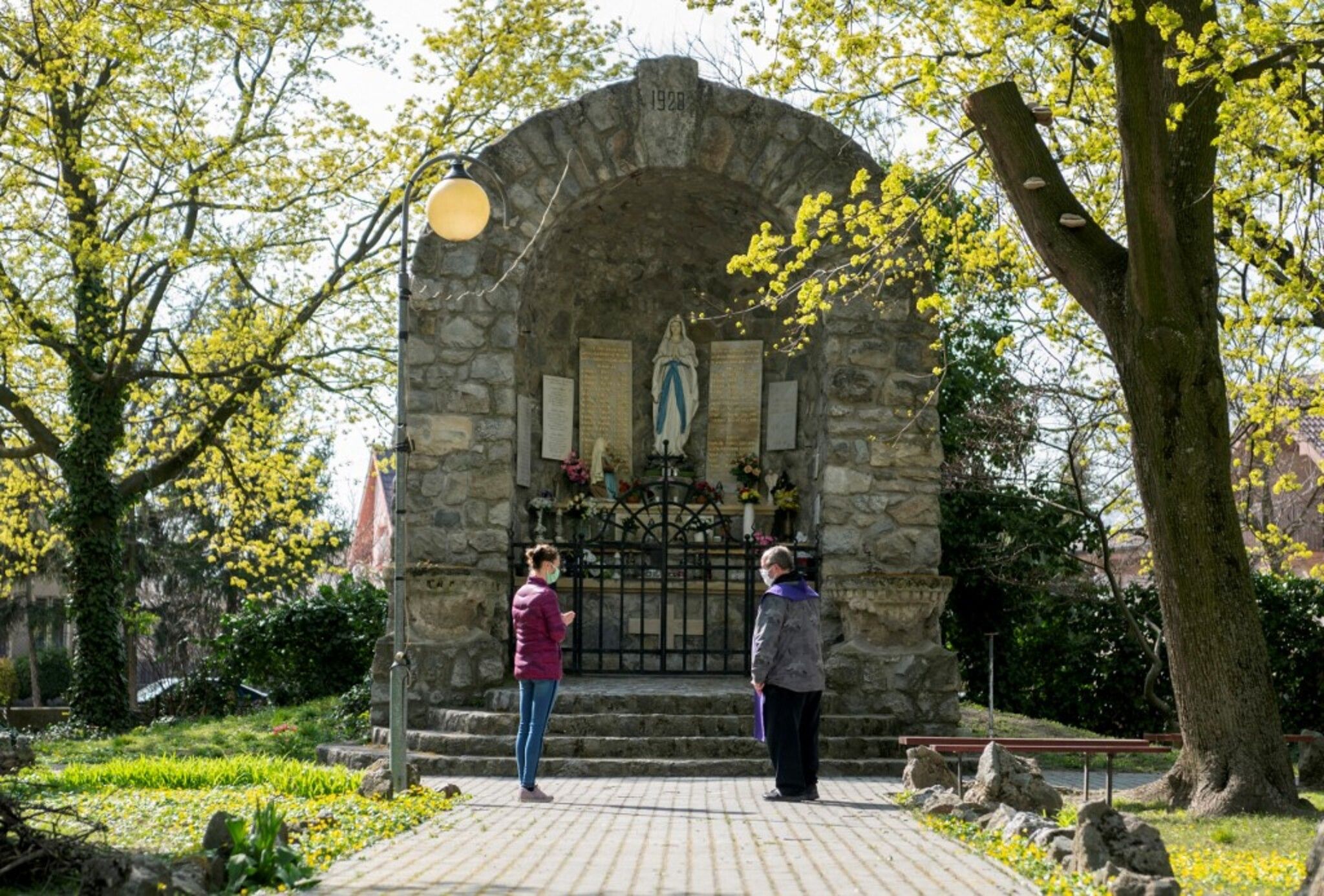 “Why is Pope Francis coming to our small country? As the Pope’s trip to their country approaches, this question seems to be on the minds of Slovaks, so much does it come up in conversations. “Everyone is wondering about the reason for his arrival,” laughs Marek Lisánsky, the Slovakian ambassador to the Vatican. Even within the Roman Curia, this choice of the Pope caused “incomprehension”, confides a diplomat of the Holy See, “especially since there was no formal invitation”.

→ READ. In Slovakia, the faithful called to prepare for the visit of Pope Francis

However, Slovakia is almost used to apostolic visits, John Paul II having gone there three times, in 1990, 1995 and 2003. “There was a very special relationship with John Paul II, explains Elena Seeber, journalist for a public radio station. He was Slavic, like us, and had also lived in a country under Soviet oppression. For many Slovaks, the thing is understood: John Paul II was “their” pope.

Mary, “pillar” of the Slovak faith

Especially since during his visits, the Slovak Catholic Church was at its peak. “During the Communist years, freedom was defended by priests and the Church therefore enjoyed immense prestige in the 1990s,” recalls Father Marián Gavenda, former spokesperson for the Slovak Bishops’ Conference. Drastically limited for forty years by a numerus clausus imposed by the Communists, vocations exploded and seminarians numbered in the hundreds, in this country of just over 5 million inhabitants. Since then, secularization has passed, vocations have been divided by ten and certain seminars opened with fanfare in 1990 have had to close their doors.

However, if Francis does not benefit either from the aura of John Paul II – “People like him but do not understand him”, slip many priests – nor from the favorable context of the fall of the Iron Curtain, he will recover. in Slovakia an element which is dear to him: popular piety, especially Marian in this country. “The Virgin Mary is the pillar of our faith”, assures Marek, a thirty-something from Bratislava. Father Marián Gavenda abounds: “Marian piety is fundamental for us. As if attachment to the mother of Christ were an essential part of Slovak identity – it is not uncommon to hear locals speak of the mother of Christ as “our patroness”.

The “Guadalupe” of Slovakia

“In Slovakia, faith is revealed in popular piety, with the many pilgrimages to the innumerable places of Marian piety”, considers Father Juraj Vittek, parish priest of Bratislava in the heart of a district designed by the Soviets for to be “godless”. For the start of the parish, he did not hesitate to take his flock to walk about twenty kilometers to a small sanctuary.

During his trip, the Pope could be the direct witness of this popular piety, in particular Tuesday during the mass in front of the basilica of Sastin, the “Slovak Guadalupe”, amuses a priest in reference to the Mexican sanctuary which attracts a twenty million pilgrims each year. For Father Vittek, this is what explains this apostolic journey, organized for no reason, no anniversary, no special events. “I believe that the Pope understands that we can blow on the embers of popular piety,” he analyzes. “And it doesn’t take much, as the cultural background is still present. “

In Slovakia, he says comparing with France, no debate on nurseries: every year all institutions, public or private, have their representation of the Nativity. And for him, the Slovak Church would not be the only beneficiary. “We are a small nation, but we are at the heart of Europe and we are a bridge between east and west. We can bring to others this richness of popular piety, the only way for the new evangelization. “

Government in England waives mandatory corona pass for the time being