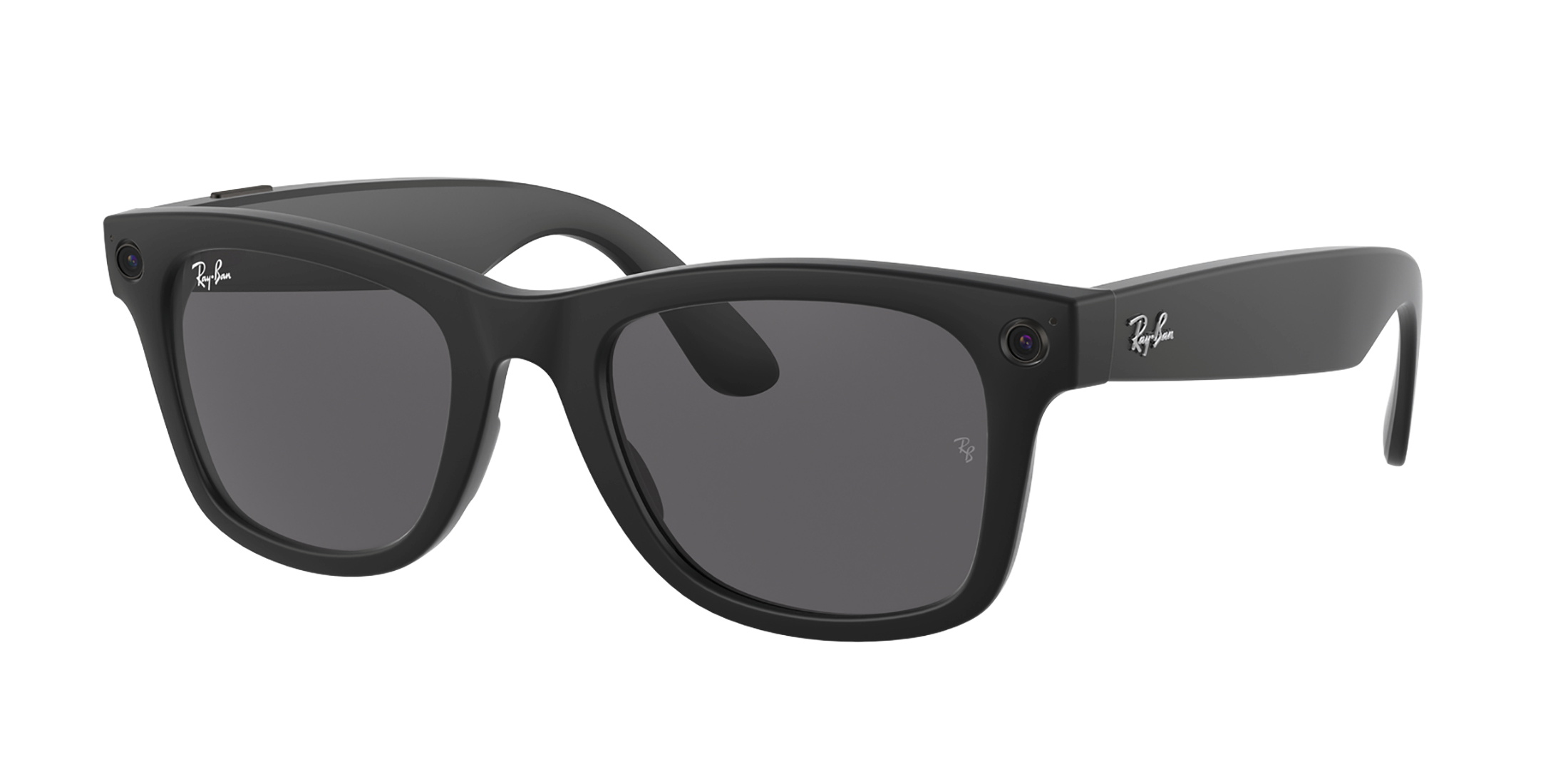 Imagine going down the street and being able to take videos or photos with your hands free. No need to use the phone. Facebook has teamed up with Ray-Ban to launch smart glasses that make it possible. Ray-Ban Stories allow the wearer to take photos, record videos, answer calls and even play music or podcasts. These lenses, in addition to highlighting Facebook’s strong commitment to creating new experiences, focus, according to the company, on a fundamental issue for its acceptance: privacy.

Ray-Ban Stories look, at first glance, like normal glasses. But, in addition to having two five-megapixel cameras on their sides, they have three microphones and speakers on their pins. The goal, according to Facebook, is that the user can capture everything that happens around him “from a unique first-person perspective.” And without having to take out your mobile From the pocket.

The founder and CEO of Facebook, Marck Zuckerberg, believes that “Ray-Ban Stories are an important step towards a future in which phones are no longer a central part of our lives.” “You will not have to choose between interacting with the device and interacting with the world around you,” he explained at the presentation of the glasses. These lenses are for taking photos or recording up to 30 seconds of video. To do this, you would have to press a capture button, which is on one of the pins, or ask the Facebook assistant by voice. Suffice it to say Hey facebook make a video.

The tech giant claims that the glasses can store 30 videos and up to 500 photos. All the material captured with them can then be downloaded in the Facebook View application. This app, available both in the Play Store like in the App Store, allows you to edit the content and share it on other social networks such as Facebook, Instagram or WhatsApp.

Ray-Ban Stories cost $ 299 – about 250 euros. At the moment they are available in three models and 20 colors in six countries: the United States, Australia, Canada, Ireland, Italy and the United Kingdom. Marck Zuckerberg’s company has indicated that the glasses will reach other places soon, but has not specified whether Spain will be among them.

Towards a virtual universe

Facebook is not the first company to launch this type of glasses. Other tech giants have tried it before. In fact, these lenses They are quite reminiscent of Snapchat’s Spectacles 3, glasses that cost 370 euros and also have cameras and microphones to take photos and videos. The launch of the Ray-Ban Stories comes at a time when Facebook has bet everything to conquer the virtual and augmented reality sector. “We have long thought that glasses will be an important part of building the next computing platform and will open up new experiences for people,” said Marck Zuckerberg.

Facebook has been working on virtual and augmented reality glasses for years even in bracelets capable of interacting with these devices. But the ultimate goal of the tech giant is to go further: it wants to create lenses that allow us to enter the metaverse, a virtual space in which users can interact with each other, entertain themselves or even go shopping. The development of Ray-Ban Stories, according to Zuckerberg, “is an important step on the road to developing augmented reality glasses.” Even so, he warns: “There is still a lot of technology that needs to be developed and minimized to launch the augmented reality glasses that we all envision for the future.”

A small light on the glasses indicates when it is recording

Wearing these types of glasses can raise some privacy concerns. This is what happened a few years ago with Google Glass. It was an augmented reality glasses whose objective was that users could use applications in a similar way to how they did on a smartphone, but without using their hands. The project went flat and the glasses disappeared from the market, in part because they raised some privacy concerns. Some public places in the United States have banned their bearers. “I do not want people with glasses to come in and record people who do not want to be recorded and the client is seen a few days later in a video on the Internet,” said the owner of a place in Seattle.
Marck Zuckerberg’s company claims to have created these glasses with the privacy of their owners and also of passersby in mind. The glasses have a small light at one end that lights up when taking photos or recording. Facebook considers it sufficient to safeguard the privacy of other users: “The LED capture light allows people to know when you are taking a photo or video so that no one near you is caught off guard.” “It’s more than smartphones do,” said Zuckerberg.
The glasses can also be switched off with a button. The company advises doing this, for example, when you go to places like the doctor, a changing room, a public bathroom or a place of worship. In addition, Facebook ensures that the contents are not shared on social networks without permission and that the user must use the capture button on their glasses or a voice command to take a photo or video. In no case, according to the company, these materials will be used to display personalized advertisements.

Hexa-X: the European 6G project will allow the construction of a virtual twin of the real world